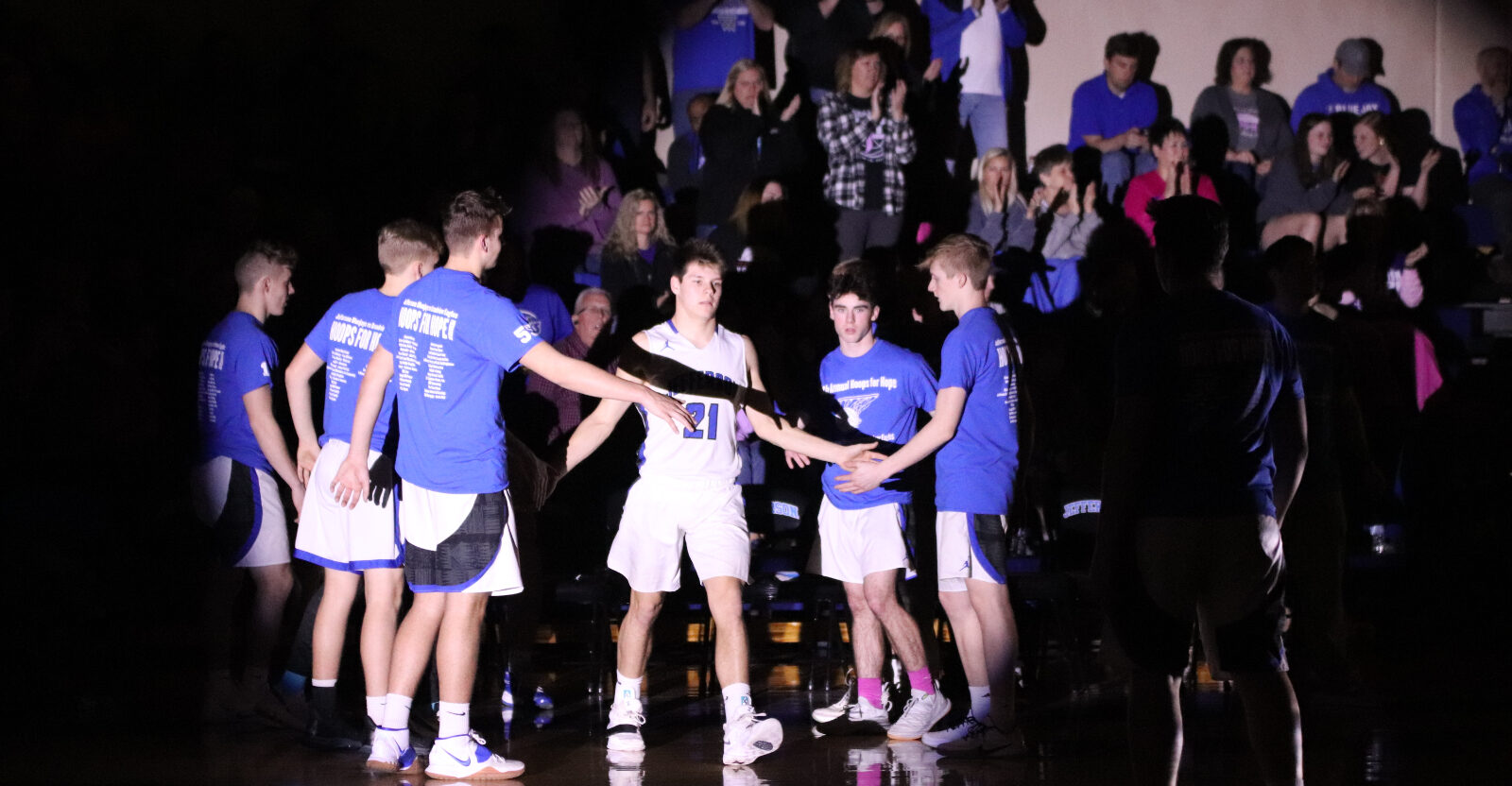 The Jefferson R-7 boys basketball team possesses the experience and hard work to improve on its 14-12 record last season, and a heartbreaking loss in the district tournament.

We’re past Halloween, approaching Thanksgiving and the leaves are changing. This can only mean one thing… basketball is right around the corner. And the Jefferson R-7 Varsity boys are determined to have a big year.

The Blue Jays are led by head coach Sean Breeze. Breeze guided the Blue Jays to a 14-12 record last season, but it ended with a tough loss in the district tournament semi-finals to St. Pius. The loss stung a little extra because they were able to take down the district tournament the season before. They are poised for improvement as they returned most of their team and only lost three players to graduation.

This Blue Jays’ team has plenty of veteran presence. They are led by several upperclassmen: Daylen Whitener, Colby Ott, Dawson Jakoubek, Masen Wilson, Will Schnitzler, Ethan Boyer and Colton Richardson. Ott is the leading scorer out of the bunch. He averaged 10.3 points, 2.3 assists and 2.8 steals per game last season. Whitener was third on the team in rebounding last season. He grabbed 109 boards.

A team with so much seniority can have high expectations. Breeze keeps the team’s philosophy simple.

“My only expectations are we show up every game with maximum effort and continue to improve throughout the season,” he said.

Breeze put faith in his team’s athleticism and their ability to run the floor.

“We have lots of good athletes that can defend really well and get up and down the floor quickly,” he said. “We are going to need some guys to step up and be perimeter threats for us.”

Preparation is key for the Blue Jays. No opponent can be taken for granted. Being caught off guard by an opponent can throw a wrench into a season’s progress.

“I think our schedule is pretty tough,” Breeze said. “There just aren’t any games on there that we can overlook. Every team on our schedule is capable of beating us any game so we have to be ready every night.”

The Blue Jays’ journey to get back on top of the district is more than attainable. They are an older group this season and have the leadership necessary to get the job done. The next step is execution. The Blue Jays tip their season off Tuesday, Nov. 24 against Hancock at 4:30 p.m.