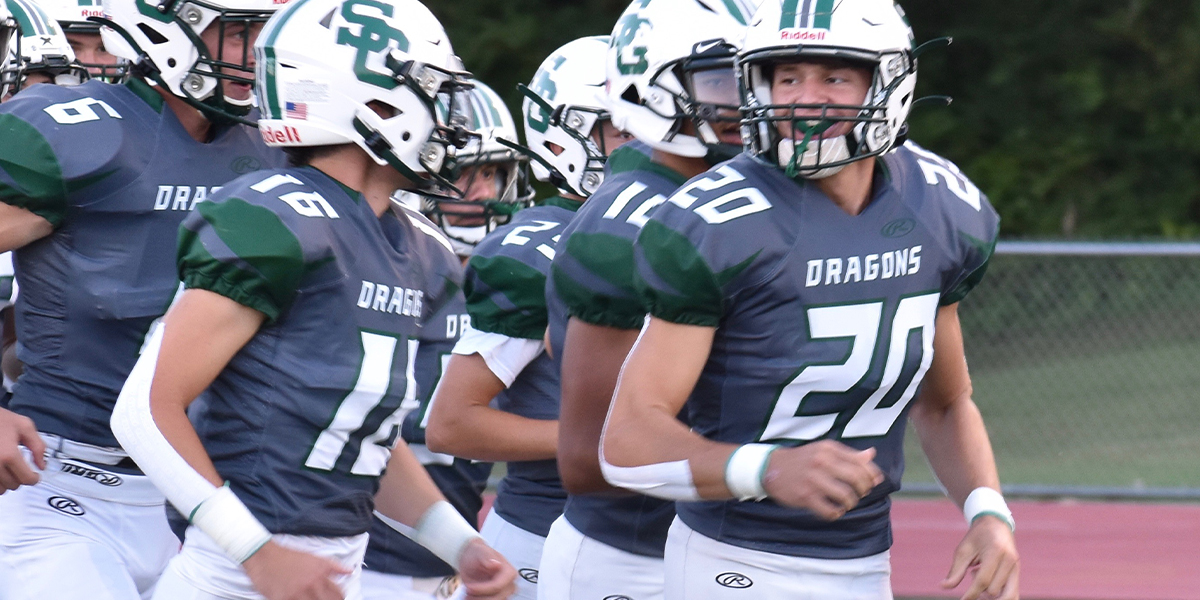 Brett Bieser has played his last snap for the Ste. Gen Dragons. He is done with football for now and plans to attend Linn Technical School and enter the lineman program.

The Ste. Gen Dragon’s football season was a roller coaster, to say the least.  Full of ups and downs, it came to an end against the undefeated Kennett.  This game was not only the end of the season but for some seniors, it was the last time they will play.  This is the case for the Dragons swiss army knife utility player Brett Bieser.

Bieser led the Dragons in punt return yardage, he returned 19 punts for a staggering 651 yards.  He also caught 2 touchdowns for the Dragons. He played well on the defensive side of the ball. He racked up 53 tackles in 8 games.  He does not plan on playing football in college.

A: I started playing football in the 5th grade.

A: My biggest influence has been my dad, for as long as I can remember he has always taught me to work hard and give it 100%.

A: The game that stands out to me the most is our second game against Park Hill last year when Mateus kicked the game-winning field goal.

Q: When football is over for your career, what do you think we’ll see you doing with your life?

A: In the future, I plan on attending Linn Technical School for the lineman program.

A: My advice for future generations of dragons would be to always give it 100% and be coachable.