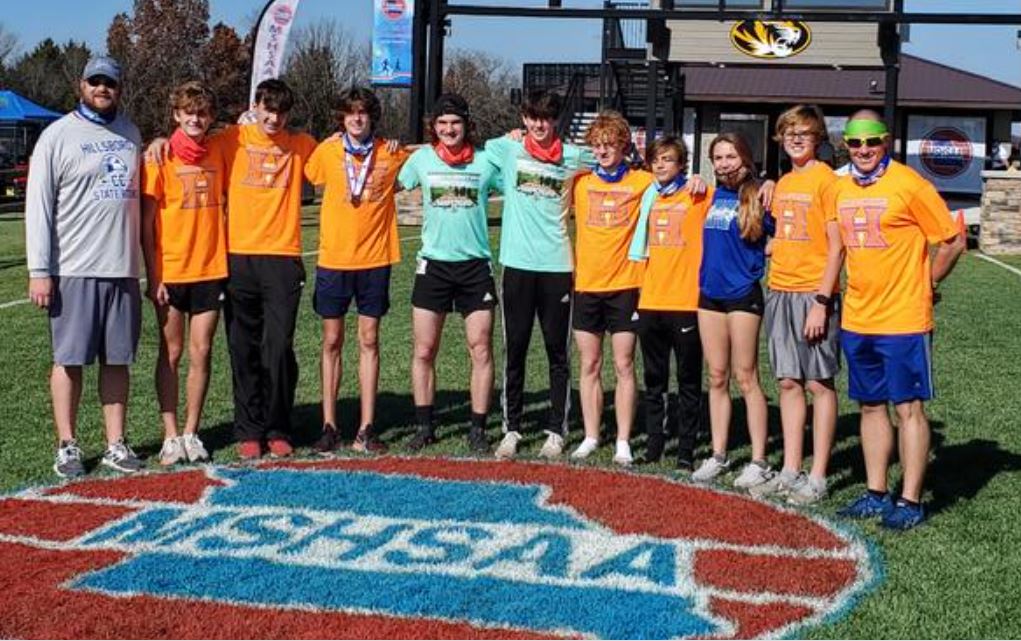 The Hillsboro Hawks cross country team put together a historic finish at the Class Four State Finals Meet over the weekend, claiming a school-best seventh place.

Hillsboro’s cross-country team took part in the Class Four State Finals over the weekend and put up a historic result. Hillsboro’s boys team put up its best result in school history, finishing in seventh place out of 16 teams at the meet. In addition, the lone runner on the girls’ side, Abby Couch, took home an impressive top 100 finish.

The Hawks boys team came into the State Finals meet after taking second place in the Class Four District One Meet and were looking to carry that success into their final meet of the season. The Hawks ended with a total of 177 points, just edging out Platte County for seventh place, the best result ever for Hillsboro.

The Hawks had one runner who medaled in the championship meet in Sophomore Josh Allison. Allison crossed the line with a team-best result of eighth place, completing the course with a time of 16:17.2. This race caps what has been an excellent season for Allison, who medaled every single race of the season.

Allison said after the race that his pre-race strategy played a big part in his success over the weekend.

“My plan was to start at a good pace and pick people off,” Allison said. “It ended up working, while I was in 15th for most of the race and finished eighth.”

On the girls side the Hawks only had one runner (Couch), and she brought home an excellent top 100 finish. Couch finished in 76th place with a time of 21:07.9, just .3 seconds away from 75th place.

The state finals completed a fantastic season for Hillsboro, but Josh Allison says this won’t be the end of the Hawks’ success.

“Every guy on our team improved a lot throughout the season,” Allison said. “I think this season was a great motivational boost for what comes next year.”