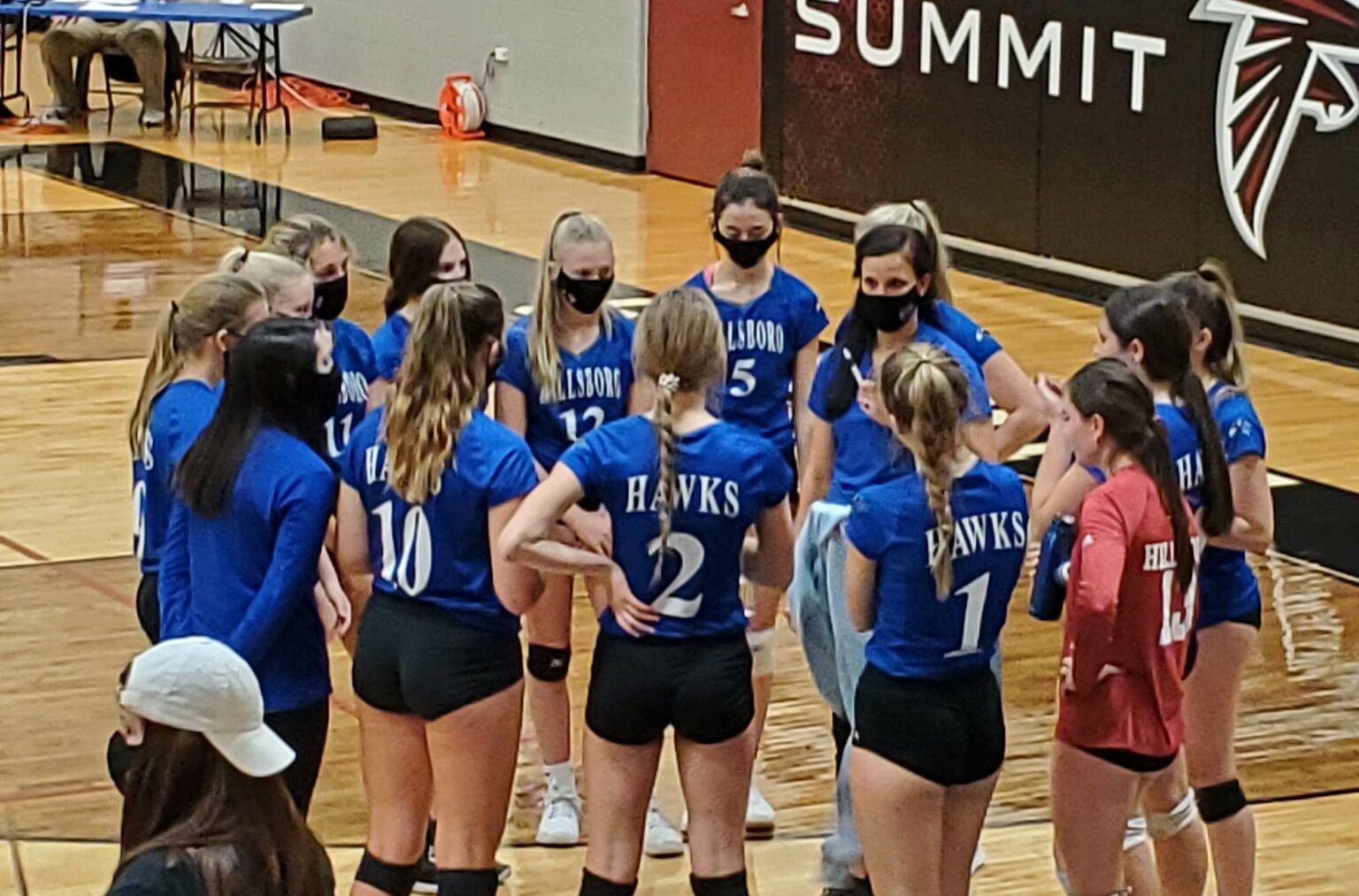 The Hillsboro Hawks historic season came to an end against Nerinx Hall on Saturday.

Hillsboro had a tough Saturday afternoon. Nerinx set the tone early in the match and won the first set 25-16. With their backs against the wall, the Hawks battled back and forth with Nerinx in the second. In a set that came down to the wire, Nerinx came out on top 29-27. The two set lead was too much for Hillsboro to overcome. Nerinx won the third set 25-12 and sent the Hawks home for good.

Mackenzie Baker led the team in kills with eight. She also led the team in serve receptions with 21 and tied for the team lead in digs with Bella Lewis. Each had 15. Baker also added one solo block.

Baker was not discouraged despite the loss.

Sophia Marchetti and Chastity Lucas tied for second on the team in kills with six each. Marchetti received 18 serves. Bella Uzzle received 20 serves and had 11 digs. Evelyn Roland led in assists with 14.

This was a season to remember for the Hawks. Their final record was 16-7, and it was a year full of individual achievements that were accompanied by team success. Six Hawks received Class 4 District 2 All-District honors. Baker, Marchetti and Roland were all named to the first team. Lewis, Uzzle and Maya Wright were all named to the second team. They were also crowned district champions for the first time since 1997 over perennial volleyball powerhouse St. Pius.

Five seniors are leaving this Hawks team (a credit to them) in better shape then they found it. This district champion Hillsboro squad battled until the end. They did their best to set an example for the future Hawks that will follow in their footsteps.