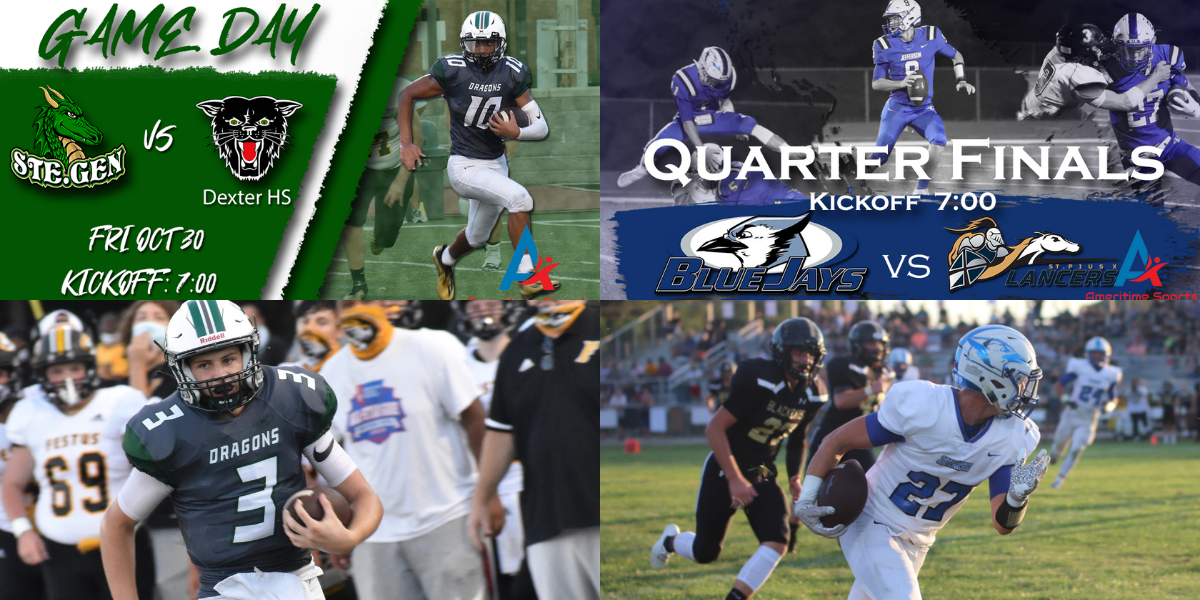 Big matchups for Jefferson and Ste. Gen highlight this week’s preview, as the District playoffs kick off.

There are just two featured games in the spotlight this Friday as the district playoffs get underway. Due to yet another COVID-19 outbreak, the Hillsboro Hawks advance by being on the right side of a rare virus-related forfeit. Pair that with the Festus Tigers earning a bye, as they snagged the top seed, and we are left with two hungry squads rounding out our Friday focus.

First up we have the Jefferson R7 Blue Jays, winners of three in a row and owners of the third overall seed in the Class 2 District 1 playoffs. The 5-2 Blue Jays will square off against cross-town rivals St. Pius X Lancers, who sit at 3-6 and match up as the sixth seed.

The Lancers are coming in cold, losing five out of their last six games, and struggling to find their game overall. They do have an something to hang their hats on though… bragging rights. St. Pius won both matchups against the Blue Jays last season, including bouncing the Jays out of the district playoffs in the first round.

Jefferson is coming in red-hot and will most definitely be playing the revenge card. The Jays have dominated in their last three wins, scoring a whopping 127 points against just 34 allowed. They are clearly the favorites in this one and are pumped up to retake those bragging rights on Friday night. Kickoff is at 7pm on their home turf, and a win would send them to the semi-finals to face either Kelly or Charleston.

Our other featured matchup is the Ste. Genevieve Dragons taking on the Dexter Bearcats. This tilt features the number four and five seeds in the Class 3 District 1 playoffs and should be relatively evenly matched. The Dragons (3-4) earned the four seed and the luxury of home field advantage, forcing the 3-5 Bearcats to have to gut one out on the road.

Ste. Gen is coming off of their most complete win of the season after trouncing Perryville 41-0 last week. That should certainly provide momentum heading into their most important game of the year to date. After a rough start to the season (0-3) they really found their stride, winning three out of their last four and showcasing some real big-play ability on offense. Totals of 42, 59 and 41 in their most recent wins will attest to that.

Dexter, coincidentally enough, has had a very similar season, starting out 0-4, but ramping up their play as of late. The Bearcats are coming off back-to-back wins where they outscored their opponents 69-19. It seems both clubs are playing their best football and finding their stride at the right time.

Kickoff is at 7pm on Friday in Ste. Gen. The winner will earn the chance to face top seed Kennett in what will surely be a difficult test for either team.

Good luck to everyone putting it all out there on Friday night.