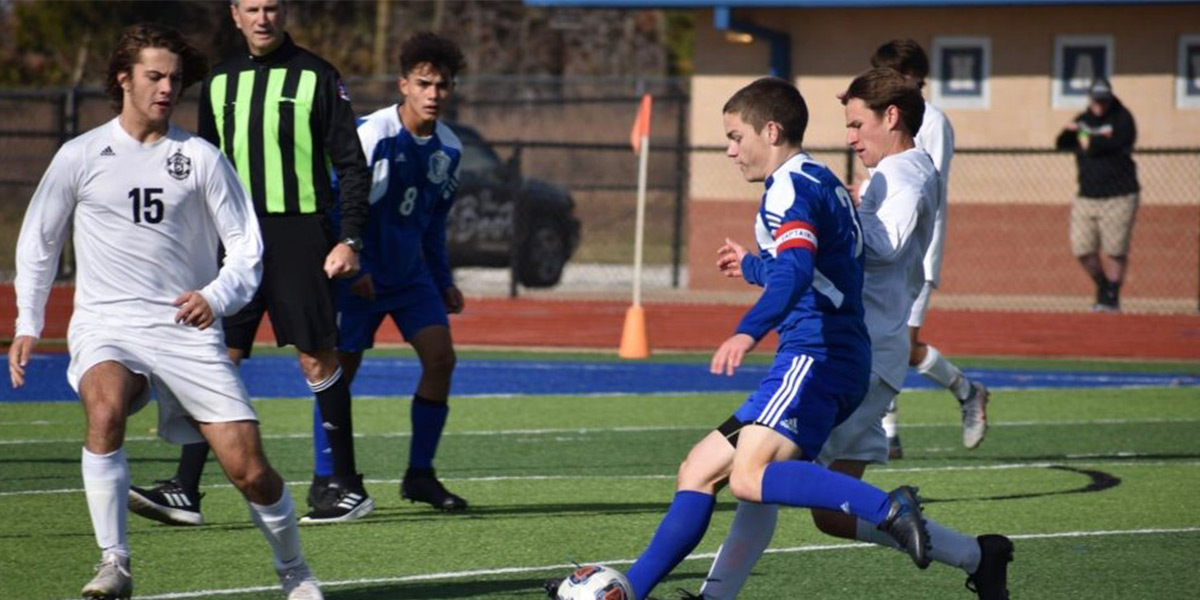 The Hillsboro Hawks fall to the Festus Tigers in a 2-1 nail-biter.

The Hillsboro Hawks fell just shy of Festus 2-1 on Tuesday.

The Hawks came into the game looking to improve on their record of 5-10, and they got off to a good start. Hillsboro struck first and early off the foot of Nick Marchetti in the fifth minute. The goal was assisted by Colton Leonard.

“We came out with energy and intensity which led to our goal early in the game,” Marchetti said. “Unfortunately, they made some adjustments to prevent us from extending the lead.”

Festus tied the game at one in the 25th minute and scored the go-ahead goal in the 36th minute. Neither team could put the ball in the net in the second half.

“We came out hard and scored a goal five minutes in,” head coach Sam Nansel said. “But our few mistakes lead to two goals for them.”

AJ Krasnasky started the game in the net for Hillsboro. He played 75 minutes and made five saves. Tate Volmert played the other five minutes and made one save. Both Hillsboro and Festus had eight shots on goal.

“I’m really proud of how we played,” Marchetti said. “We just need to fix the small errors and finish on the chances we have.”

Nansel doesn’t think this is the end for Hillsboro and Festus.

“I’m sure we will see them again in districts,” he said. “So we will learn from those mistakes for our future games.”

The Hawks record now sits at 5-11. Their next test comes against Notre Dame High School on Wednesday, Oct. 21.