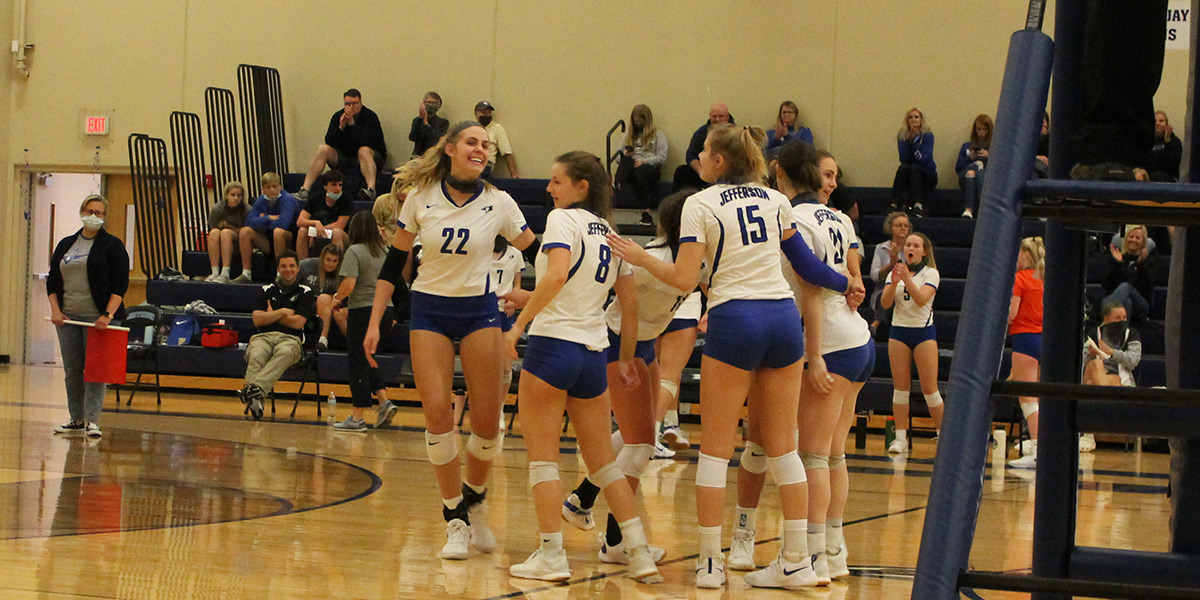 The Jefferson Blue Jays (11-5) played their regular-season finale Thursday night as they took to the road to take on the Herculaneum Blackcats (7-13). The Blue Jays looked in control throughout the night, coasting to a 3-0 sweep.

The Blue Jays have looked impressive recently, winning three games in a row as well as six of their last seven. The Blackcats have also played well in the late stages of the season, having won five consecutive games before losing to Festus earlier in the week.

The Blue Jays got the upper hand early in the match, taking control of the first set to solidify a dominant 25-14 win. The second set showed that the Blackcats wouldn’t be going down without a fight. While the set remained close until the very end, the Blue Jays managed to squeeze out a 26-24 win. The final set looked much more like the first, with the Blue Jays again looking unstoppable at times, taking a 25-15 set win ,and with it a 3-0 sweep of the match.

It was a night where the Blue Jays seniors proved their worth, with Laney Smith and Payton Siebert both having excellent games. Smith led the team in kills with eight while also providing two aces, 11 serving points and 10 receptions. Siebert managed to contribute six kills and three assisted blocks.

Following the game, Siebert said the team’s energy was key to the win.

“I highly believe our energy is what gets us to win,” Siebert said. “We constantly want to spread positive energy throughout our games.”

Smith echoed some of the sentiments from her teammate.

“Our defense was great, and our bench had amazing energy,” Smith said. “Plus it’s always a competitive game when we play local schools like Herculaneum.”

While not a Senior, Kirstyn Loyd similarly had a great game. Loyd led the team in blocks with four, all of which were assisted, and had seven kills and 12 assists.

Blue Jays head coach Tara Fish said that the blocking they did in practice proved its worth in the game.

“We have really been working on blocking the past few practices and getting positive touches,” Fish said. “The team has come along nicely with it, and it showed tonight.”

The Blue Jays finished the season with a record of 12-5 and were awarded the number two seed for the upcoming district playoffs.

Fish said that despite the team’s recent good play, they still have some work to do.

“We still have some things to tweak before Districts on Monday,” Fish said. “But, we are continuing to look pretty good and the team is focused on working well together.”

The Blue Jays will open their postseason against the West County Bulldogs (10-4) on Monday night. The winner of this semi-finals matchup will go on to play the winner of Valle Catholic (22-4-2) vs. Kingston (5-14).