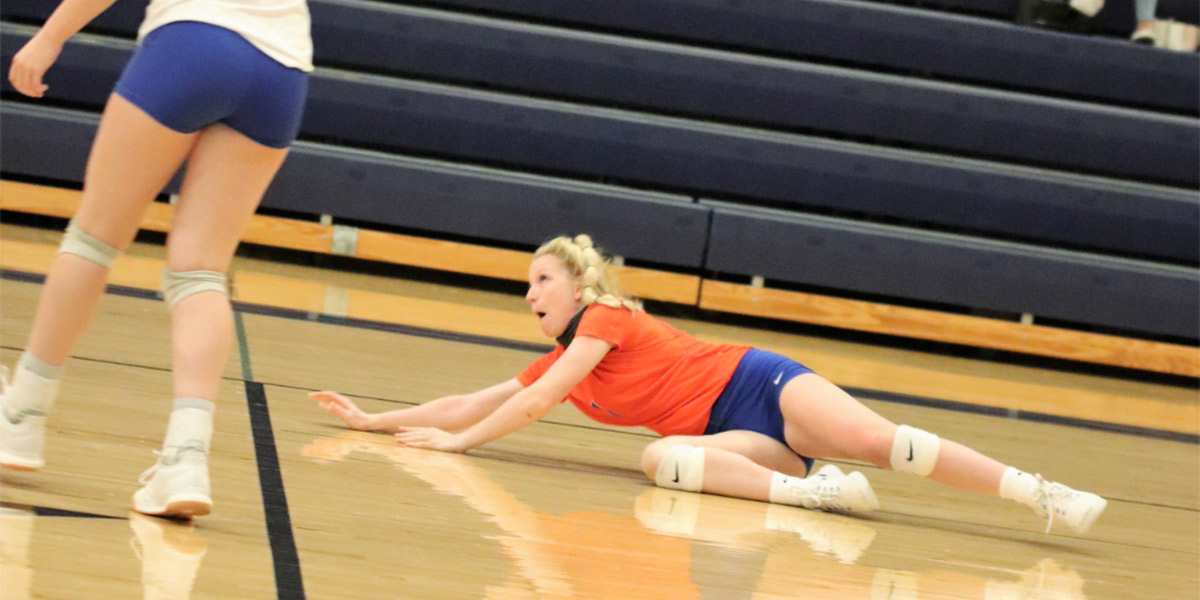 The Jefferson Blue Jays continue to look strong this season, taking down the Festus Tigers 3-0.

The Jefferson Blue Jays volleyball team (7-4) played host to the Festus Tigers (2-7), looking to continue their strong run of play over the last few weeks. The Blue Jays controlled the majority of the game, winning all three sets, ultimately sweeping the Tigers.

The Blue Jays have been playing incredibly high-level volleyball as of late, winning five of their last six games, all of them coming in the form of sweeps. The Tigers started the season off struggling, losing six games in a row, but have found some form over the last two weeks, winning two of their previous three games and looked to continue that form on Thursday night.

The Blue Jays opened the game well, controlling a competitive first set and taking a 25-18 win. In set two, the Blue Jays asserted their dominance over the Tigers, running away with a 25-13 win. Down 2-0, the Tigers finally began to climb their way back into the game, keeping set three close until the end, but it wasn’t enough as the Blue Jays won 25-22.

With the 3-0 win, the Blue Jays improve to 8-4 on the season and look to be on a strong run of play as they inch closer to districts.

Head Coach Tara Fish said that the key for the Blue Jays lied in some of the things not kept on a stat sheet. “Great team win! So many good things happened that aren’t stats,” Fish said. “We did a great job of recovering balls and trying to make something happen.”

Fish also claimed that the energy the team brought into the game was crucial for their success. “Our entire team and program were full of energy which just spills on to the court,” Fish said. “We just had so much fun tonight!”

One of the most significant contributors on the court for the Blue Jays Thursday night was Sophomore Emma Breier. She led the team in kills with 12 to go along with an outstanding kill percentage of 92.3.

Another player who shined for the Blue Jays was Sophomore Kirstyn Loyd. Loyd did it all for the Blue Jays, leading the team in assists with 18, blocks with four (one solo and three assisted) and also contributed eight kills.

The Blue Jays also got major contributions from Junior Macie Waddell and Senior Laney Smith. Waddell had a team-high 20 serve receptions with only three errors. Smith had eight kills, a kill percentage of 40 percent and tied the team lead on digs with 11.

With districts approaching at the end of the month, the Blue Jays will look to improve upon their 8-4 record on Tuesday night as they hit the road to take on conference rival St. Pius X.