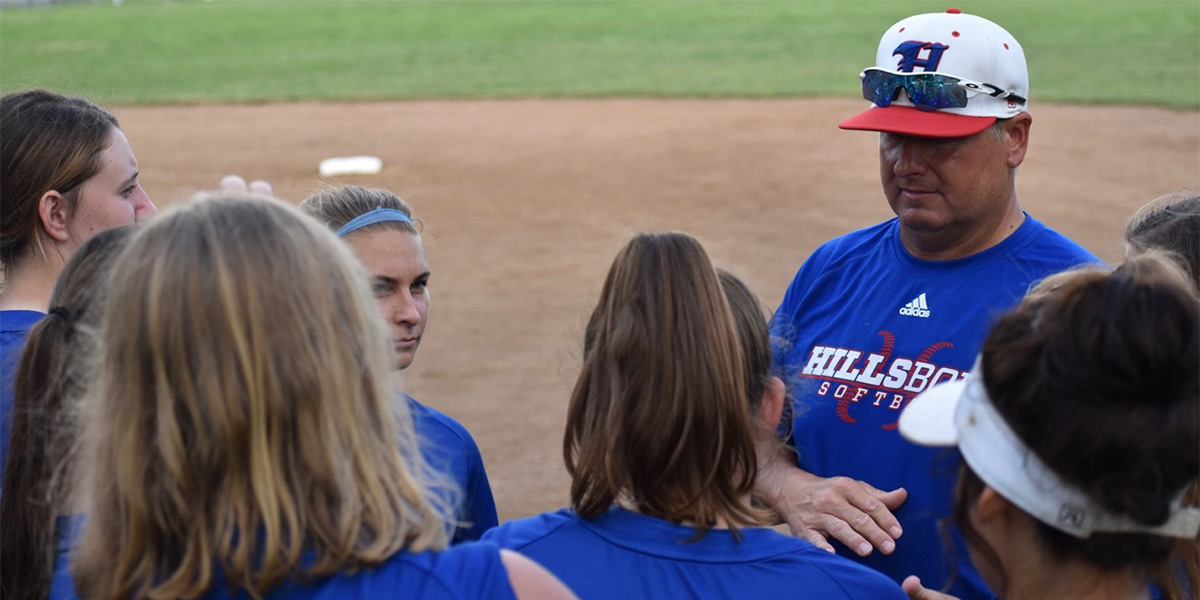 The Hillsboro Hawks can’t extend their six-game win streak despite a late-inning comeback, suffering a loss to Rockwood Summit 12-9.

The Hillsboro Hawks (17-7) have been on a roll over the past few weeks and were looking to continue their good run of play against the Rockwood Summit Falcons (4-2). Hillsboro held a late lead, but the Falcons were the ones who came out on top, 12-9.

The Hawks have played excellent softball over the last few weeks, stringing together six consecutive wins heading into Wednesday night’s game. Hillsboro looked to continue that streak against the Rockwood Summit Falcons, a team coming off only their second loss of the season Monday night.

The Hawks sent out senior Alex Wick to start her 13th game of the season. Wick, coming into the game, had a record of 1-1 with an ERA of just 2.19. The Falcons sent out Sami Schoultz as their starting pitcher for the night.

The Falcons were the first to strike in the top of the first inning on a double from senior Lauren Perone that brought home sophomore Abby Ulsas.

The game remained 1-0 until the bottom of the second when Hillsboro was able to strike back. The inning got started with Ellie Bartlett hitting a leadoff double, then her teammate Sara Stokes reached base via a walk. Ashlynn Dean came in as a courtesy runner for Bartlett and Dean managed to steal third and then home, leveling the score 1-1.

In the bottom of the third, Hillsboro struck again to take the lead thanks to an RBI single from Junior Hailey Genge that brought home Kora King, giving the Hawks a 2-1 lead.

The Hawks held that lead until the fifth inning where the Falcons’ bats came alive, putting up nine runs with Camryn Kessler, Kyleigh Villarreal and Perrone all hitting RBI doubles.

Now down 10-2, the Hawks needed to respond, and they did manage to have an almost equally big bottom half of the inning. The scoring started when Elly Eckrich hit an RBI single quickly followed up by another RBI single from Bartlett. The scoring continued when Wick hit a double to centerfield to bring home three runs before Nicole Evans singled to drive home Wick. The inning’s scoring ended on a Lauren Nichols double that plated Evans and put the Hawks only one run behind the Falcons, trailing 10-9.

The Falcons managed to extend their lead to three after Uslas and Perone both brought home a run, making the score 12-9. With one last chance in the seventh inning, Hillsboro got the winning run to the plate after three consecutive singles loaded the bases, but the Hawks struck out the following three at-bats to lose the game.

Wick was given the loss for the Hawks, her second of the season. She pitched seven innings, giving up 13 hits, 12 runs (five earned) and three walks. Schoultz picked up the win for the Falcons, going five innings giving up 12 hits, seven runs and two walks.

Wick’s performance at the plate was a big reason the Hawks were able to stay in the game, as she went 2-4 with a team-leading three RBIs to go along with a double and a run scored.

After the game, Wick said she was proud of her team’s performance to stay in the game.

“I like how we stayed in the game and never gave up,” Wick said. “It was tough seeing the final score and it not being in our favor.”

Evans also proved to be a big difference-maker at the plate as well. Evans had a team-high three hits, going 3-4 with an RBI and a run scored.

Also putting in some good performances for the Hawks were Bartlett and Stokes. Bartlett went 2-4 with an RBI and a double, while Stokes went 2-2 with two walks and a run scored.

The Hawks only have one game remaining before the postseason, a Thursday night matchup against Marquette, to improve their record.