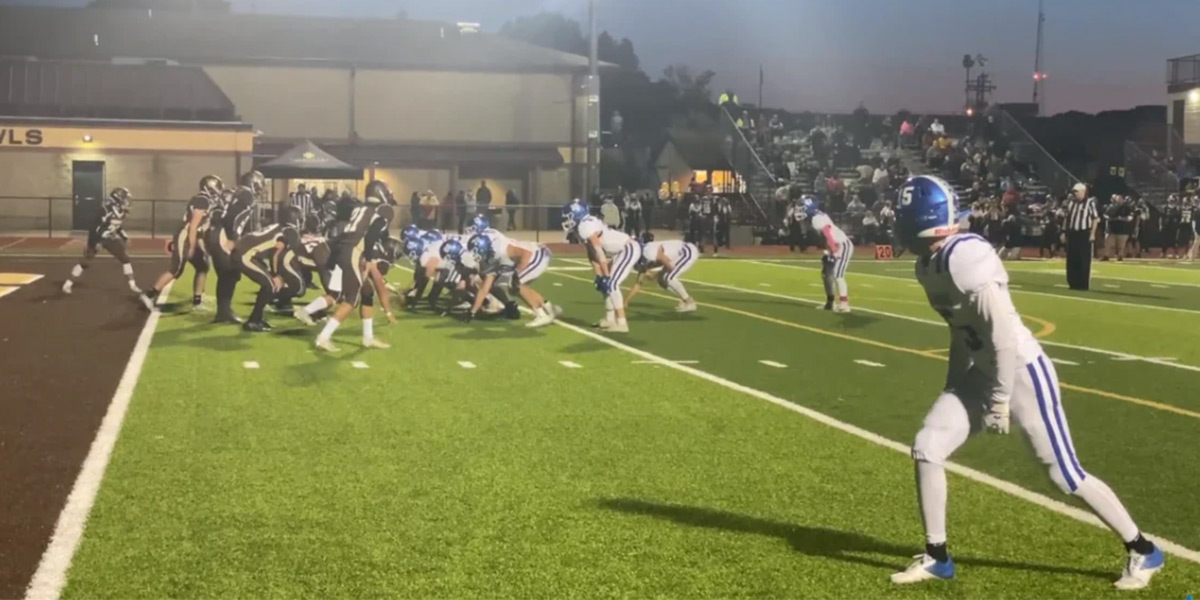 It was a chaotic scoring frenzy last Friday, 10/2, at Windsor High School. The Hillsboro Hawks soared into the stadium and unloaded a barrage of offense. Windsor hung tough, but ultimately the Hawks took home the victory with 20 unanswered points in the fourth quarter.

Hillsboro opened hot with a 35-yard run by Austin Romaine to set the tone. Jaxin Patterson converted for two extra points giving the Hawks an early 8-0 lead. Unfortunately, Romaine was injured and left the game in the first quarter with a high ankle sprain, and is unlikely to play next week. Patterson commented on Romaine’s injury, “seeing someone who isn’t just my best friend, but my brother go down, it definitely gave me more of a reason to go out there and play the rest of that game for him.”

Head Coach Bill Sucharski commented, “The other players stepped up and had a good game. We have a handful of weapons on offense with Patterson, Tyler Watson, Griffin Ray, Tyson White and John Bennett who stepped in at FB for Romaine and ran for almost 100 yards in the game.”

A few minutes later, Windsor came back and rushed for their own 37 yard touchdown, but failed to convert the two-point try. Sucharski commented, “I was pleased with the teams effort on offense, but we need to get our run fits fixed on the defensive side of the ball.”

Still in the first quarter Patterson, true to his word, pounded the ball in from one yard for a touchdown. The two-point conversion failed, but the Hawks led 14-6 after the first 12 minutes of play. Patterson was complimentary of his offensive line, “they found what they needed and were executing their jobs and being way more physical than the guy in front of them.”

In the second quarter, Windsor completed a 14-yard pass and missed the conversion to close the gap. With a score of 14-12, Windsor landed a big blow with a 61-yard rushing touchdown. This time, they completed the conversion and took a six point lead, 20-14.

Pushing the pace, Hillsboro answered back with two touchdowns in a row. The first was a Ray three-yard run with a successful Patterson conversion for two more points. Then the Hawks capitalized on a fumble on the ensuing kick off and Gabriel King scooped and scored. After the failed conversion, Hillsboro was up 28-20. “The offensive line is a huge factor in our ability to open holes up for the backs and gave Griffin plenty of time to throw,” said Sucharski.

Neither team would back down, and 90 seconds later Windsor evened it up with a 39-yard touchdown run and successful conversion, tying the game at 28. However, Hillsboro did not waste any time as Ray completed a 43-yard pass to Watson for the touchdown. Patterson punched in the conversion and gave the Hawks the lead at the half, 36-28.

After Halftime, Hillsboro was at it again, this time with Patterson running for a five-yard touchdown as well as a successful conversion, for a 44-28 lead. Windsor returned the favor 13 seconds later with a 64-yard rushing score, and added two more points successfully. With time winding down in the third, Windsor ran 28 yards for another score, but failed to convert, giving them a 44-42 lead to end the third quarter.

The Windsor lead didn’t last, as it was all Hillsboro in the fourth, putting up three scores in a row. The first was a Bennett touchdown run for 11 yards. Bryce Davidson connected with White for the two point conversion. Next, Patterson was at it again, this time carrying for 49 yards to the end zone, but missing on the two-point try. The final touchdown came with one second remaining in the game, as Patterson picked off a Windsor pass and took it to the house. The final point after try was blocked, ending the game with a massive total score of 64-42.

Hillsboro had 514 total yards on 61 plays, with an average of 8.4 yards per play. Ray threw 11 passes and completed eight for 133 yards, with one touchdown. Patterson rushed 24 times for 179 yards and three touchdowns. Bennett had 12 carries for 97 yards. Romaine had seven carries for 84 yards.

On the receiving side, Watson had 98 yards on five receptions, Bennett had two catches for 18 yards and White had one for 17.

The defense, responsible for two touchdowns, was big as well. Mason White had six tackles and Zach NcNeese had 5.5 with four solo tackles. NcNeese commented, “Our offense came out on fire and we were able to move the ball effectively on each drive and come up with big plays when needed.”