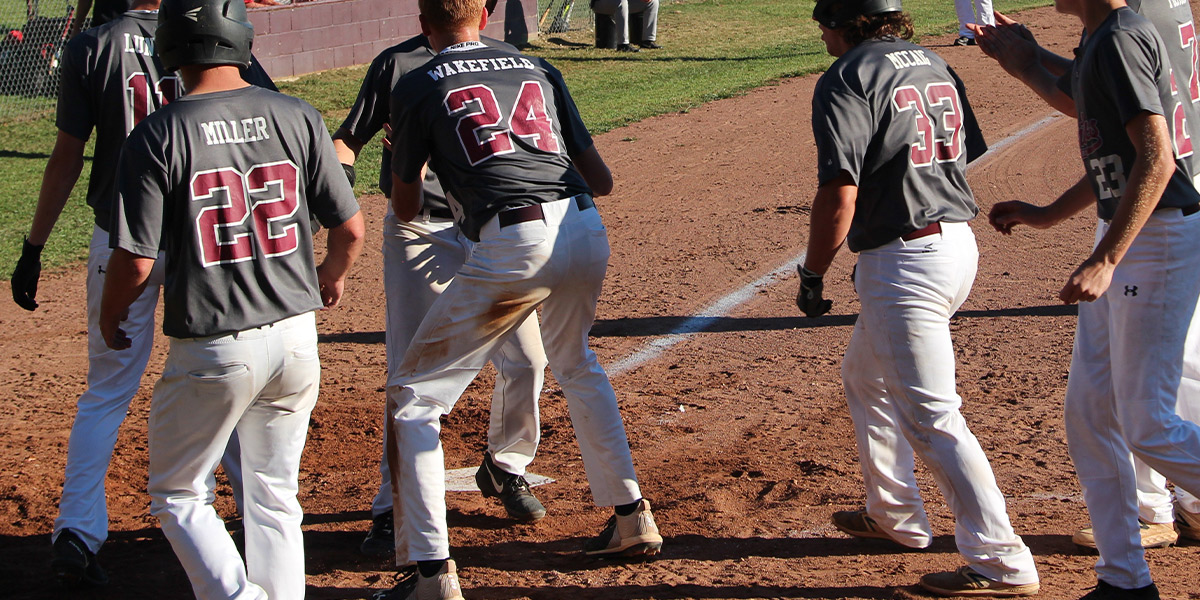 The South Iron Panthers led from wire to wire in their 8-1 victory over Van Buren.

The South Iron Panthers led from wire to wire in their 8-1 victory over Van Buren on Saturday.

One of the most constant themes of the Panthers season is scoring early. It was no different here. Cody Hughes hit an RBI-single that scored Brock Wakefield for the first run of the game. Two batters later, Drenin Dinkins scored on an error by the Van Buren shortstop. Hughes stole home to cap off the first inning scoring. South Iron led 3-0.

The Panthers picked up where they left off in the second inning. Hughes again hit a single that scored Wakefield. Harley Lewis hit a two-RBI single and Hunter Kelley hit in another run. Four more runs in the second made it 7-0.

The Panthers continued to pile it on in the third. Wakefield hit a fly ball to left field that resulted in an inside the park homerun. 8-0 South Iron.

Van Buren was able to push across a run in the sixth. South Iron’s bats and arms proved too much to overcome. The Panthers secured the 8-1 victory.

Dinkins started the game for the Panthers and went five innings. He threw 74 pitches, allowed only one hit and struck out nine. Lewis came in to relieve Dinkins. He went two innings, threw 23 pitches, allowed two hits and one run.

“I had command of my curveball and it was working well,” Dinkins said. “Our defense had my back and made some really nice plays in the field.”

Wakefield led the team in hits. He went 3-4 at the plate, scored three runs and had one RBI. Hughes was 2-3, scored two runs, had two RBIs and drew a walk. Dinkins, Joel Poston, Lewis and Kelley all had one hit. Lewis had three RBIs and drew two walks.

This was the Panthers’ 12th win of the season and put their record at 12-3. The next challenge for the Panthers is Kingston on Tuesday, Sep. 29.