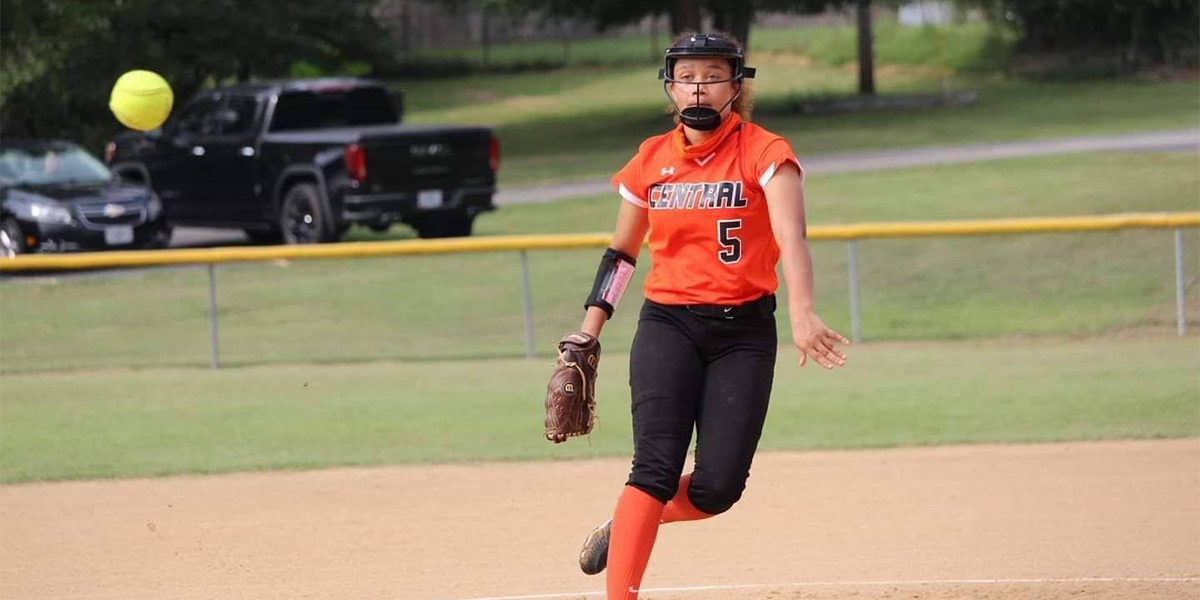 The Cape Central Tigers girls softball team took part in the Jackson Invitational this weekend. The games kicked off on Friday, as their first opponent was Sikeston High School.

The Cape Central Tigers girls softball team took part in the Jackson Invitational this weekend. The games kicked off on Friday, as their first opponent was Sikeston High School.

Cape came out swinging as they scored three runs in the bottom of the 1st to start off their tournament in style. Brooke Witvoet was able to drive in a run when she laced a double on a 2-1 count. The Tigers struck again in the bottom of the 3rd with another three runs behind timely hits from Keri Williams and Kayleigh Turk. Scoreless innings came and went until Sikeston attempted to mount a comeback in the top of the 6th. Unfortunately for the Bulldogs, the two runs they scored would not be enough as the Tigers prevailed 6-2.

The Tigers in all scored their six runs on eight hits while only committing two errors. Witvoet, Turk and Catie Davis all contributed multi hit days while Williams had one hit and three RBI. Davis showed her speed on the base paths by securing a triple and a stolen base. Elizabeth Turk toed the rubber for the Tigers and was more than solid. Elizabeth threw six innings of two-run baseball only surrendering three hits and one walk while striking out eight Bulldogs. Elizabeth would only need 100 pitches to toss the complete game and threw 64 of those for strikes.

Next, Cape faced the host team Jackson High School in a game that would slip right through the Tiger’s collective gloves. Jackson scored two runs in the bottom of the 1st to take an early lead as Cape’s bats were held quiet through three innings. As the bottom of the 3rd came, trouble in the field would doom the Tiger girls as Jackson scored an insurmountable 10 runs. The Tigers would score one run in the top of the 4th from a Lauren Hamby RBI single but not scoring in the 5th would result in a mercy rule and a 14-1 defeat for the Tigers.

The main culprit in the Tiger loss was a season high eight errors committed by the team. This led to the Tigers pitchers Valerie Greenley and Keri Williams only being attributed to three earned runs out of the 14 total. The Tiger girls did have nine hits on the day but stranded six runs and were unable to capitalize on scoring opportunities.

Multi-hit games from Davis and Ki Bogan would lead the Tigers as six girls tallied a hit resulting in eight overall. Bogan and Greenely would end up with two RBI’s each as Davis and Witvoet would contribute an RBI each as well. Bogan and Davis were absolute speed demons on the base paths by swiping five and four steals, respectively. Williams did most of the heavy lifting on the rubber throwing five innings of no run ball and striking out four. Williams did this over 51 pitches that were 82% strikes as she attacked the zone with precision. Greenley came on in relief to secure the victory.

The Tigers final game on Saturday came against the Hillboro Hawks and was anything but easy. The Hawks took an early and imposing 5-0 lead after scoring one in the 2nd and four more in the top of the 3rd. Cape scored one run in the 4th to cut into the Hawks lead by a slim margin, but the 5th inning showed what the Tiger girls are really made of. A never give up attitude turned into six runs for the Tigers in the inning, secured by a two-run error from the Hawks. No runs scored by either team in the 6th would result in a gutty victory for Cape Central.

All seven of Cape’s hits came from different Tiger girls in what can only be described as a total team win. Davis stuffed the stat sheet with two runs scored, one hit, one RBI and one walk. The runs batted in came from four different Tigers as Bogan and Greenley had two each with Davis and Kayleigh Turk adding one as well. Elizabeth Turk gutted out a strong performance on the mound throwing 85 pitches over six innings. She gave up five earned runs on six hits, walked three and struck out none to close out the game.

The Tigers came away with a 3-1 record for the tournament and multiple players on the squad were pleased with the effort. Witvoet believed the girls relied on each other saying, “I think what really helped was keeping our attitudes up, not letting each other get down and helped each other keep our focus”. Hamby felt that the tournament went well and that “our team is really talented this year…we came in prepared for the games, played hard and the results we got back definitely showed”.

The Tigers will be back in action Tuesday September 29th away against Notre Dame High School.