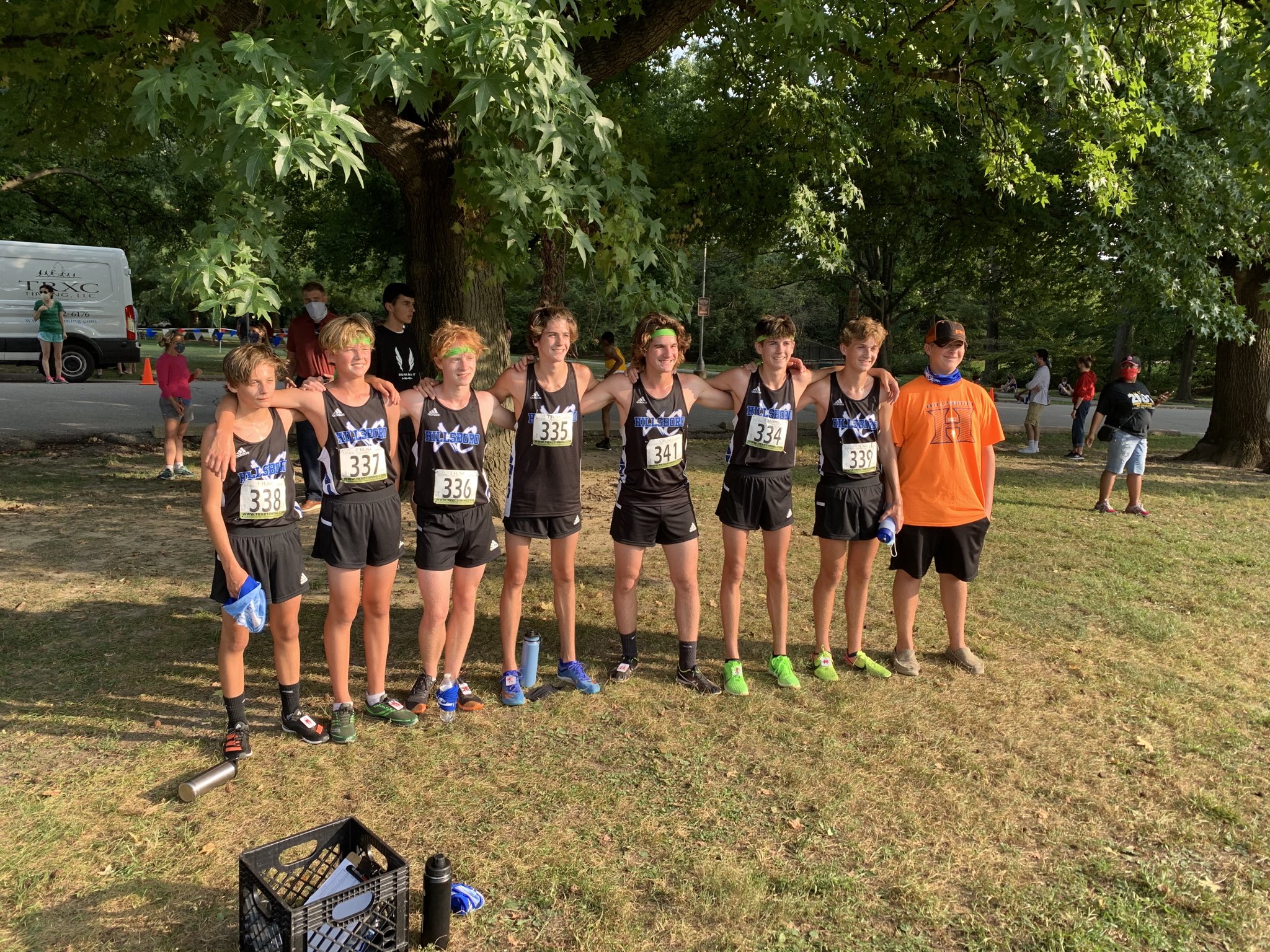 For the Hillsboro Hawks, it was time to run. On Thursday the 17th, another year brought the Eagle-Crusader Invite back to McNair Park and the Hawks were ready.

A beautiful fall weekday in late September for many in St. Charles means one of the few last times to fire up the grill. For the Hillsboro Hawks, it was time to run. On Thursday the 17th, another year brought the Eagle-Crusader Invite back to McNair Park and the Hawks were ready.

On the girls’ side, Coach Lane Woodside sees the potential for the team this year. “I think the success of this year’s team starts with the success it had at the end of last season. We had four All-District girls last year. Three of those girls went on to state…I think the girls team seeing that success pushed them all to do great things this year.”

That environment of building upon success led to the girl Hawks finishing 2nd out of 19 teams with 119 total points. While there wasn’t as much top tier individual performances throughout the squad, consistency was key. Eight out of the 10 girls finished within the top 100 runners and five girls finished in the top 40. This is especially impressive considering the 186 girls total that ran in the Invitational.

Coach Woodside has seen a strong return from senior Brianna Langrehr who “had a great summer and is finally healthy again after having some injuries her first few seasons. She ran all summer with a track club and some Hawk cross country alumni that really pushed her to be successful.”

Langrehr was the Hawks highest finisher at 10th with 20:38 finish. The 3 returnees who were All District last season, Abby Couch, Michelle Jones and Anna Crosby all did their part with Crosby finishing 16th at 21:03, Jones finishing 29th at 22:05 and Couch not far behind at 32nd with a time of 22:15. Crosby ran with a stellar attitude saying “before each race I try to calm my nerves and remind myself how hard I have worked. No matter how I do in each race I always know that I have an awesome team and family who are proud of me no matter what.”

On the boys’ side, a quartet of sophomores set the pace for a 5th place finish for the team and 138 total points. The Allison brothers, Jonah and Josh, continue to lead the way with Josh finishing 2nd overall. Josh was “feeling good and going for a personal record”, which he indeed accomplished with a 16:26 finish. Josh goes into every meet with the same psyche saying, “my mindset before each race is simply just to run this race like it’s your last race of the season. You never know when your season this year could come to an end, so go out hard and compete.”

Jonah came in at a somewhat disappointing 18th at 17:59, commenting that, “I didn’t do as well as I wanted to time wise but I was ok with my placement. My mindset before each race is telling myself that I can do it and I always am trying to bump up my confidence to succeed”.

The coed Hawks will be back on the trail this coming Friday to compete in the 24th Annual Ed White Invitational at 4pm in Arnold.