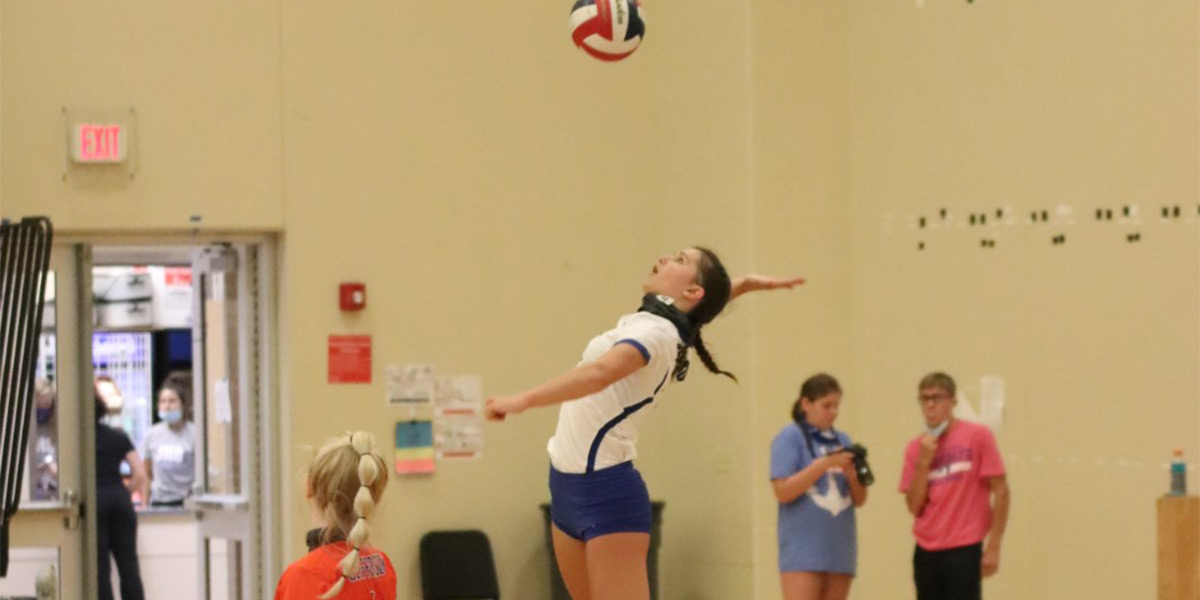 The Jefferson Blue Jays volleyball team had been on an absolute tear. In a seven day span, the Blue Jays played three matches and won all three.

The Jefferson Blue Jays volleyball team had been on an absolute tear. In a seven day span, the Blue Jays played three matches and won all three. In fact, the girls had not even dropped a single set in those three games. Against Grandview and Saint Vincent High Schools, the Blue Jays won each match 3-0 in a best  of five series and followed that up with a 2-0 victory against West County High. After West County, the Blue Jays had to play the next evening against Northwest High School and were not able to keep the streak alive.

Jefferson dropped both sets to Northwest by a score of 19-25 and 15-25. Coach Tara Fish was surprised by the outcome stating, “We struggled to get the ball to our setter during the game ,which took us out of a good place to attack ,which is uncharacteristic for us.”

This win streak started with the return of senior leader and captain Laney Smith and it’s fair to say that’s no coincidence. Smith was able to effective when set up by contributing eight kills. Sophomore Kirstyn Loyd continued to be brilliant for the Blue Jays with five kills and 12 assists. Paige Siebert added seven assists of her own while scraping out eight digs. Ava Roth led the team with nine digs in all.

When asked what she would like to see from herself and teammates after this tough loss, Siebert noted, “I would love for us to communicate more and keep our heads high even after a mistake.”

Despite the result Tuesday, Coach Fish is pleased with the progress of her team and the reintroduction of Smith. “We have been focusing on some things this week and saw some results of that which will be exciting. Especially when everything falls into place”.

The Blue Jays will be back on the court Thursday at home in a tough five set match against district rival Acadia Valley.