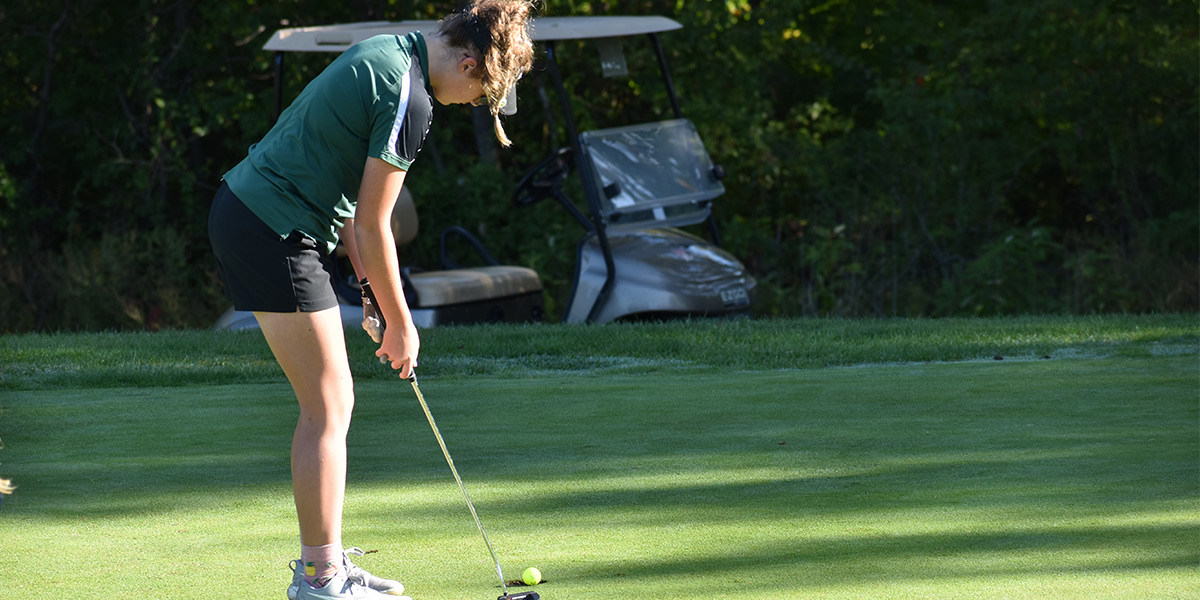 On September 18, the Ste. Genevieve Dragons played in the Westminster Cat Scratch Scramble at the Quail Creek golf course. This match was a nine school, 18 hole, pairs scramble.

On September 18, the Ste. Genevieve Dragons played in the Westminster Cat Scratch Scramble at the Quail Creek golf course. This match was a nine school, 18 hole, pairs scramble.

This unique tournament format featured pairs playing a two-ball scramble. Dragons Coach Rachel McDaniel beamed, “I love bringing the girls to this tournament mid season because it’s a fun, relaxing day on the golf course for them. It is reinvigorating and this year was no different.”

The Dragons shot well enough to come in sixth out of nine teams with a team score of 282. The leading pair for Ste. Gen was Etta Heller and Lani Yamnitz who combined for a score of 92. McDaniel commented, “(They) were in a good rhythm every time I came upon them. Yamnitz just lives for the pressure and came in clutch with her iron shots and short game. Heller smashed it off the tee all day long and putted incredibly. These two were really a great scramble pair.”

Just behind them was Boston Williams and Ava Meyer who came in with a 93. Strategy played a part in the creation of this duo. McDaniels said, “(They) also were a good yin and yang for each other. If Boston miss-hit a shot, Ava picked her up and vice versa. Boston (a senior) is finally hitting her stride with golf this season and I wanted Ava (a sophomore) to watch how she goes about her game. Ava is a competitor and I wanted her to rub off some of that competitive nature on to Boston.”

The pair of Brooke Turner and Sydney Eisenbeis shot a 97. Maggie Myracle, who played solo, also shot a 97. “Myracle was a scramble team all her own for the second year in a row so she hit two shots from every spot (and) that makes for a long day. However, her score doesn’t show any signs of being tired or slowing down. She fought for all her shots and turned in a great score for playing on her own,” commented McDaniel, who also noted that for Myracle’s senior year, she will not play alone.

Coming in at 101 were Addie Taylor and Madison Vaeth. “(They) were fun to watch. They hit great shots all day and had a ball playing with each other. Addie is such a positive force on the golf course and I wanted Madison to feel that vibe for 18 holes. (They) both have been playing great golf as of late and I’m looking forward to what the next couple of weeks brings for their games.”