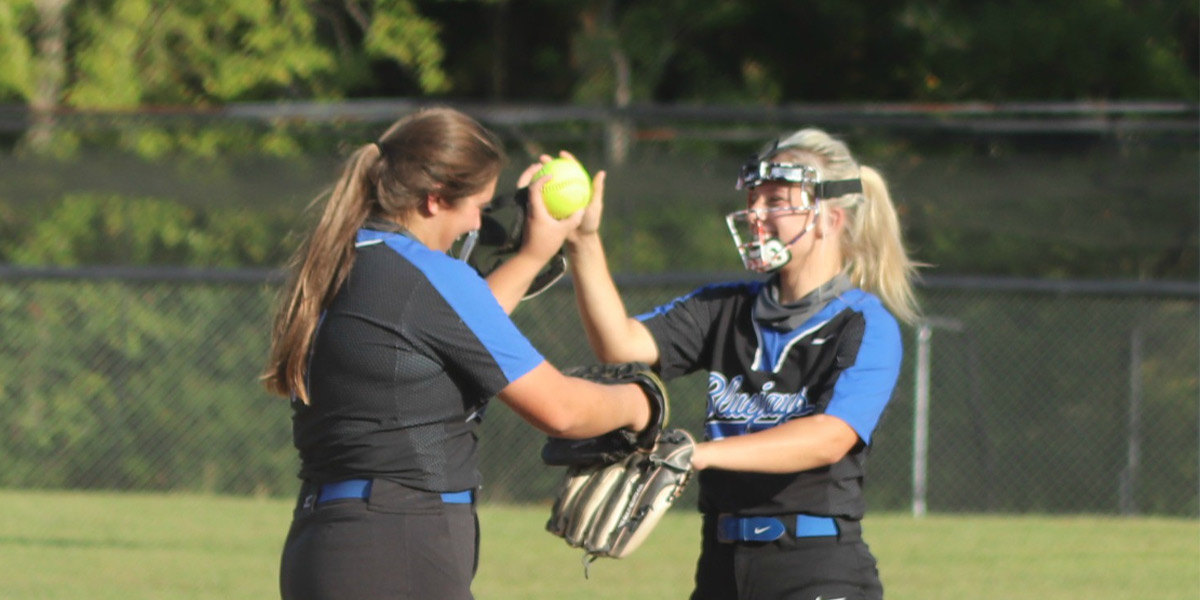 The Jefferson R-7 Blue Jays surrendered a lead late in the game and lost to Kelly on Monday.

The Jefferson R-7 Blue Jays surrendered a lead late in the game and lost to Kelly on Monday.

Kelly scored the first run of the game in the first inning. Jefferson was able to match that with a Catryn Cattoor home run to even the score going into the second inning.

Cami Menke grabbed the lead for the Blue Jays in the third inning. She hit a single to center field that scored Allison Cambell and Cattoor. Jefferson took a 3-1 lead.

Kelly struck right back and evened the game in the fourth off of a steal and an error by the Blue Jays. Things went south for Jefferson in the top of the sixth. Kelly rallied for five runs to take a big 8-3 lead.

The Blue Jays scored one more run in the bottom of the sixth off of a Menke homerun. That was all Jefferson could muster up. Kelly won 8-4.

A losing streak can present many problems that need fixing. That is not lost on the Blue Jays.

“We need to get better at being more aggressive at the plate,” Cambell said. “ We have been bad about watching third strikes go by and not swinging.”

Menke was 2-3 at the plate with three RBIs and scored one run. Cattoor was 1-2 with one RBI. She scored two runs and drew a walk. Chloe Vaughn and Cambell each had one hit.

Menke started the game for the Blue Jays and went the distance. She threw 103 pitches, allowed eight runs on 12 hits. Only six of the runs were earned. She struck out one batter and walked two.

“We fought hard but just couldn’t come up with the win,” head coach Robert Kuehnle said. “The girls showed some power at the plate but it was just not enough to get the win tonight. However, the adversity we are facing should pay dividends toward the end of the season.”

The loss was the third in a row for Jefferson and brought its record to 5-4. The Blue Jays will try and right the ship in a conference game Tuesday, Sep. 22 against St. Pius.

Junior Varsity did not have much luck against Kelly either. The JV Blue Jays lost 7-3 and ended their three game win streak. They also run up against St. Pius Tuesday, Sep. 22.