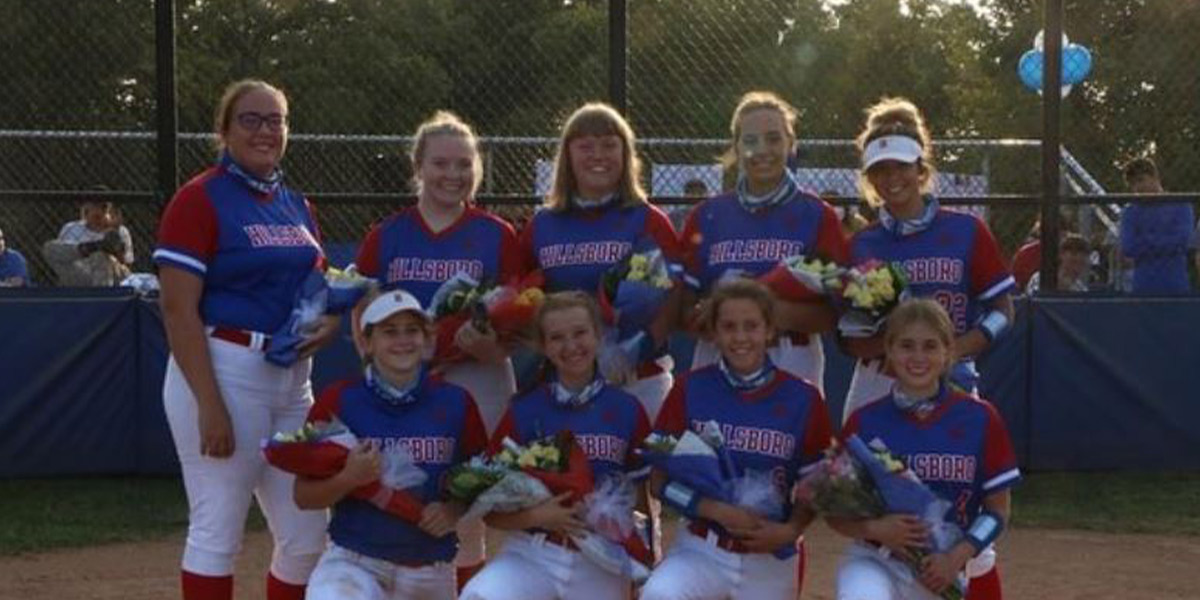 The Hillsboro Hawks shutout Union 11-0 on senior night behind a big performance from Alex Wick.

The Hillsboro Hawks shutout Union 11-0 behind a stellar performance from Alex Wick on Friday.

“The whole game was high energy,” Alanah Dunphy said. “Since it was our senior night, everybody was already excited and ready to go.”

The scoring started early. In the first inning Ellie Bartlett hit a two RBI-double to give Hillsboro an early lead. Later in the inning Lauren Lalk hit a sacrifice fly to add another run.

Hillsboro continued to score in the second inning, as Abby Clay hit a double to left field that scored two runs. By this time, Wick was well into a rhythm and had already stuck out five batters. The Hawks led 5-0 after two.

“My screwball and changeups were working really well,” Wick said.

Ryleigh Hindle singled in a run in the third and one batter later Lalk scored on a passed ball to make it 7-0.

In the fourth, Nicole Evans hit an RBI-single that scored Autumn Brewer. Then Maya LaPlante grounded out to the first basemen, but Clay was able to score on the same play. The Union shortstop made an error on a ball hit by Lalk and Jenna Clay scored. The last run of the game was scored by Evans who crossed the plate on a passed ball and the Hawks were victorious to the tune of an 11-0 drubbing of Union.

“When your offense scores that many runs it relieves a lot of pressure off of your back while on the mound,” Wick said. “All of the seniors played as one cohesive team on senior (night) and it was a well rounded win.”

Wick pitched all five innings in the game. She threw 66 pitches, allowed only one hit and struck out eight. She also walked one batter.

The Hawks Manager was certainly pleased with the effort saying, “This was our senior night & all of our seniors started. It was a great night, not only did we get to honor our group of seniors but we also picked up a very nice 11-0 win. This is by far the most seniors I’ve ever had & they all contributed to in tonight’s win”.

This was the Hawks fifth win of the season and brought their record to 5-5. Hillsboro will look to build off of the win against Incarnate Word Academy Monday, Sep 21.