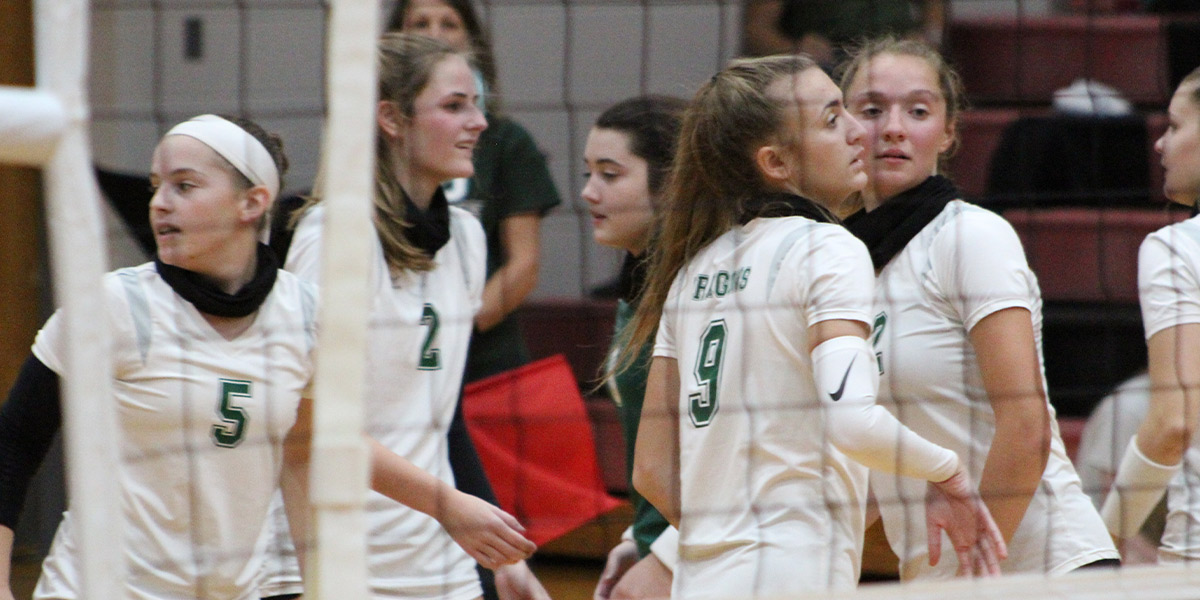 The Ste. Genevieve Dragons came out of the gate hot and started their season 2-0 with wins against Festus and Jefferson R-7.

The Ste. Genevieve Dragons came out of the gate hot and started their season 2-0 with wins against Festus and Jefferson R-7.

Ste. Gen first ran up against Festus and put their foot on the gas early in the match.

“I was extremely proud of the way the girls came out ready to play in the first set,” head coach Carla Basler said. “We were communicating and had great energy which helped us pull ahead early. Getting a strong start has been one of our goals that we noticed over the summer that needed improving.”

After taking the first set, the Dragons fought through the second but Festus was able to come out on top and force a game-deciding third set.

“The second set we dug ourselves in a hole that we had trouble climbing out of,” Basler said. “The second set was an important lesson for us to learn early on. We have to work hard for every single game we play. No team is going to just roll over and give us the win, we have to earn it!”

Going into the final set, Basler wanted the team to channel the energy it had in the first.

“To do this, we have to get excited about each point, we have to communicate and we have to all know our job out on the court.” she said.

Ste. Gen took down the third set and secured its first win of the season.

“Our teamwork and energy is what worked best for us tonight,” senior Maci Reynolds said. “Competing again was so amazing and it felt so good to be back on the court with my teammates again! It is definitely bittersweet to think about it being my last first game, but I wouldn’t want to have anyone else playing alongside me for my last season of volleyball!”
Players and coaches alike were all excited to be back in the thick of regular season volleyball action. Energy seemed to be the theme of the night. 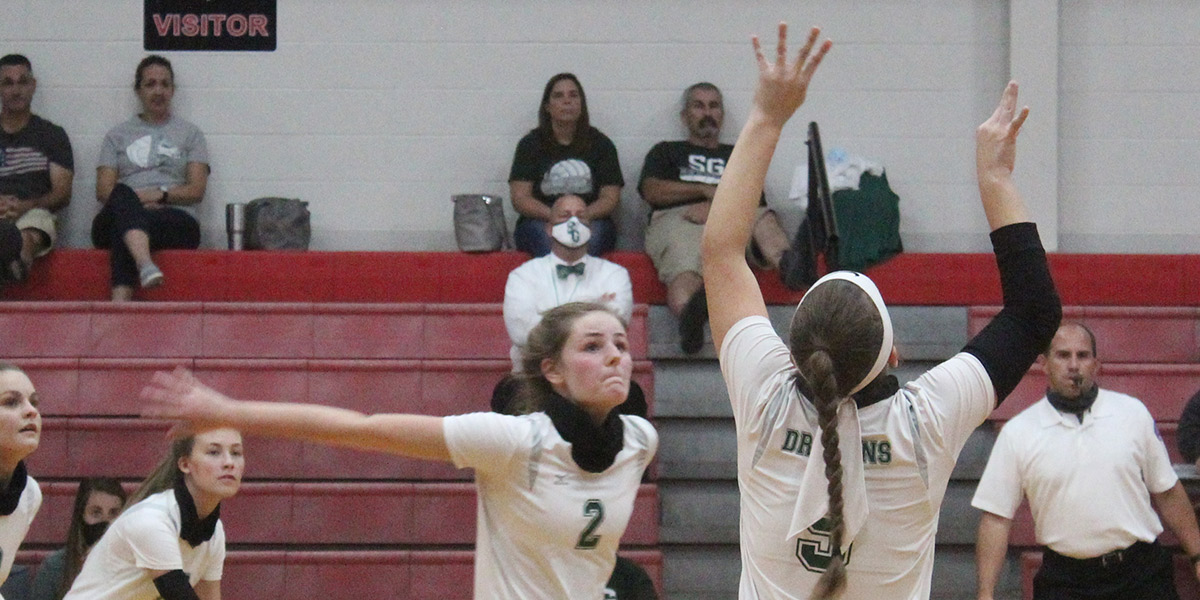 “We had a lot of things that helped us get the victory,” Flieg said. “But the main thing was us being excited about every point that we got. Also, hitting line and tips worked. Overall, it was amazing to be back on the court and back in action but it was sad that it was my last first game.”

The Dragons carried the momentum over into the match against Jefferson R-7.

They took care of business in the first set and won 25-18. They ran into a bit of adversity in the second.

“We played really well the first set and had a couple of setbacks in the second,” Kreitler said. “When the score was tied we played with a lot of heart to pull out the win. As a team I think everyone did their part, the defense had a lot of great saves and the hitters were capitalizing on things the Blue Jays couldn’t pick up.”

“We are getting a really good balance from our hitters and from Brittney mixing up the sets and not being overly predictable,” Basler said. “I am very pleased with how the girls have played and responded in our first couple games. I knew that we had great pieces to this puzzle so it’s nice to see the girls reaching their potential.”

Kreitler had another impressive showing and recorded 21 assists. Fleig led the team in kills with eight followed closely by Koetting with seven and Grass with five. Four different Dragons recorded one block.

“This team is truly amazing!” Grass said. “The energy, hustle and love for the game our team brings to the court is out of this world… I can’t wait to see what the rest of the season brings us.”

Again, the Dragons insisted that it was their energy and enthusiasm that carried them to the win.

“I think everyone, including myself, played a really great game,” Koetting said. “The thing that keeps us up and going is our energy. Our energy is a really big factor in how we play. So when we hype each other up and talk during every contact, it keeps our momentum going.”