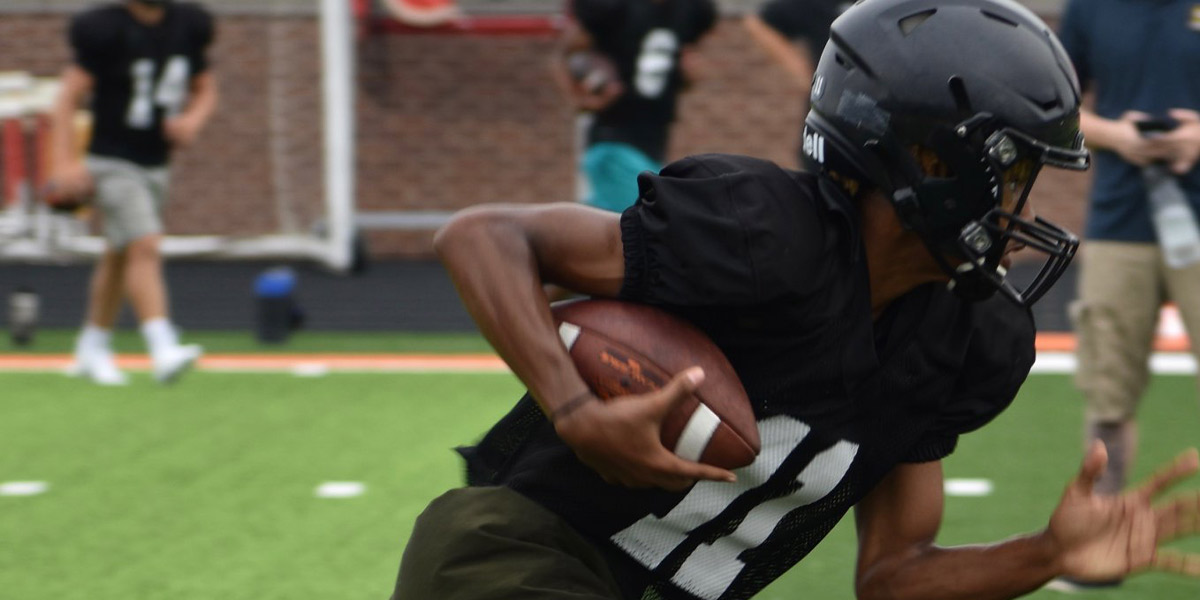 After a dismal one-win season in 2018, head coach Kent Gibbs injected new life and a new culture into the Cape Central football program in 2019. After winning seven games and making it to the district title game, the Tigers are looking to build off that momentum in 2020.

The Cape Central football program made massive strides in 2019.  Coming off a 1-9 campaign in 2018, the Tigers improved to 7-5 in 2019 under new head coach Kent Gibbs.  The team was also the district runner-up, and finished third in the SEMO North Conference.

With this type of momentum, Coach Gibbs says, at least in the early going, there seems to be renewed interest amongst the student body.  “Our overall numbers are 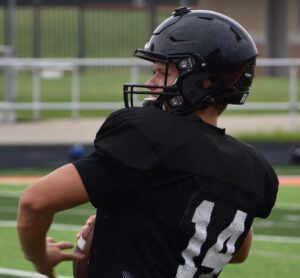 up,” he pointed out.  “We are optimistic about some of our kids that have elected to play that haven’t been playing.  They seem to be good, hard working, diligent type kids with a great work ethic.  We are pleasantly surprised.  We have also welcomed back a few kids that started with us last year, but failed to finish the season.  We are really excited about our freshmen kids also.  We haven’t seen all of them this summer, but we have seen between 25-30 freshmen come to our workouts.  At the end of the day, we would love to have 30-35 freshmen players.  It is a talented group, and once again they have really been working hard.”

Gibbs and his staff have made CHS football, not just relevant again, but fun.  Friday nights are something to look forward to, not just another date on the schedule.  Andthe hard work that has been put into the program goes far beyond what happens between the goal posts.  “I think our staff has shown the kids how much we care about them, and how hard we will work for them to improve,” Gibbs pointed out.   “The best builders and judges of our program will always be the kids.  What we want to happen is for our players to spread the message, if you will, and relay to others that it is okay to be a football player at Cape Central High School.  We want them to talk to others about how it will be competitive, fun, meaningful, and sometimes hard.  We will continue each day, every day, to try and get our message to as many students as possible.”

It’s not all about the wins on the field, but they certainly don’t hurt.  And despite the Tigers graduating 17 lettermen, 11 of which were starters, there’s still a lot of personnel that got a taste of success last season.

Six returning starters will be seniors this season.  Henry Brown (WR/DB), Damaryi Geiger (OL), Landon Pearson (OL/DL), Levi Tuschhoff (OLB/OL), Cameren Walley (ILB), and Breyton Osburn (K), each return, along with junior Cameron Harris (DE/RB) and Morgan Diamond (P/QB/ILB).  This gives CHS plenty of returning experience to help the younger players along.  “The strength of our team will be our returning players, and what they bring to the team in terms of work ethic and attitudes,” Coach Gibbs noted.  “We have a good group of kids with great work ethic returning, and we will need all of them to shine.” 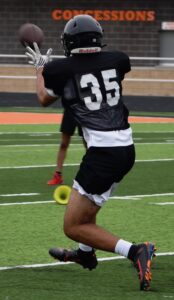 But Gibbs can’t ignore the talented individuals that graduated and contributed to such a huge turnaround last season.  “We have a lot of holes to fill on both sides of the ball and in our special teams,” he admitted.  “We have several kids that have come out to play football for the first time since their junior high days, and some that haven’t played at all before this year.  Once we get going, many of them will be expected to play major roles with our team.  It will take some time to get them into the grind of a football season, and the process of competing and winning every day.”

Gibbs mentioned additional players returning from last season such as Logan King (WR/DB), Tanner Mendoza (OL/DL), Elijah Wigfall (WR/DB), Isaah Williams (OLB), and Anthony Robinson (DL) who should greatly contribute.  “We need all of our returnees to compete every day in practice and set the tone by having good attitudes, giving great effort, and showing positive body language,” the head coached explained.  “They know our expectations.”

And those expectations aren’t complicated…probably the reason for the quick turnaround last season.  “We keep it simple,” Gibbs stated.  “We want to compete every play, every day in practice…one play, one rep at a time.  If we can get the majority of the guys thinking and believing this way, then we will improve every day.  We want to be better today than we were yesterday, and in turn, be better tomorrow than we are today.” 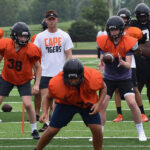 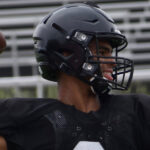 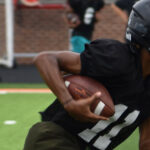 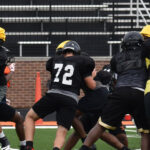 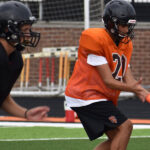 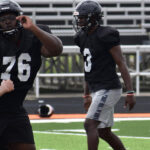 And like every coach around the nation, Gibbs has felt the effects of not having his kids together during the offseason.  “We really needed to have a full off-season to improve our strength level and overall fitness,” he said.  “We are nowhere close to being at the strength and conditioning levels I would like for us to be.  There is nothing we can do about the lost time, so we need to take care of what we can do today and every day after today.”

And that’s because the opener is coming quickly.  Friday the Tigers open the season at home against St. Charles West.  Kickoff is scheduled for 7:00 p.m.