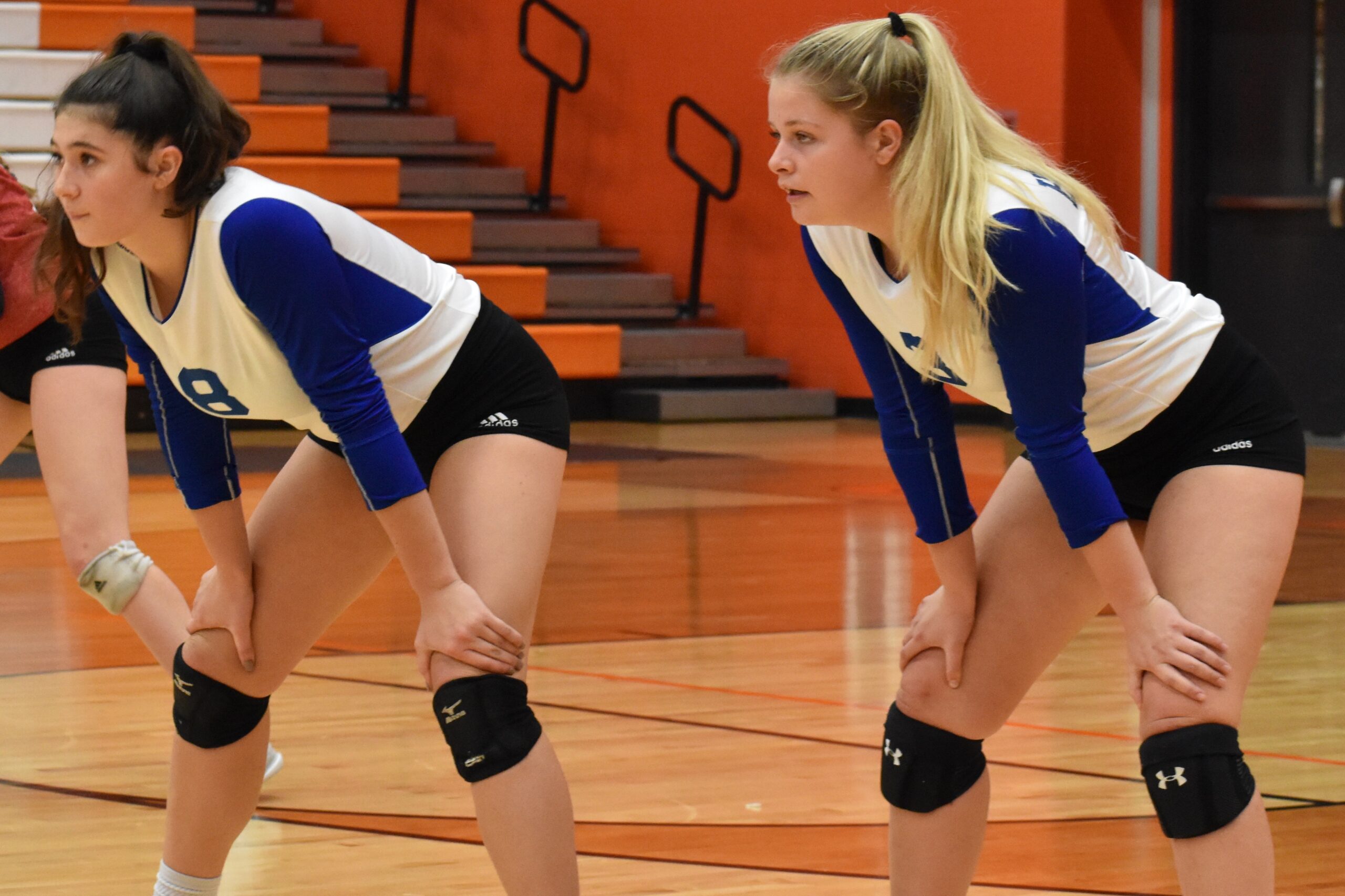 Hawks Varsity Volleyball Hopes to Level Off After Roller-Coaster 2019

The Hillsboro varsity volleyball squad got off to a rough start in 2019. But by the end of the season, the squad was one of the best in the area. This season, the Hawks hope to lean upon those experiences to stay at a top level in 2020.

The Hillsboro Hawks varsity volleyball team finished the 2019 campaign with a strong 18-13-1 record.  How they got to that point, was a struggle and a challenge.  As the Hawks prepare for this season, head coach Erin Boss thinks her team will be mentally tougher after going through last year’s obstacles.

The team started off very slowly, losing their first four matches.  By the end of September, Hillsboro was just 4-9-1 and searching for its identity.  But a huge ten-match 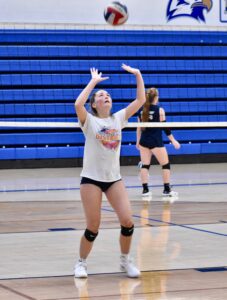 winning streak, featuring several big victories including defeating Festus twice, righted the ship and showed just what the team could do.  A district semifinal loss to Jackson, who would go on to win the title, stopped the Hawks’ season, but only four points separated the two teams in the two sets.

“Our season had a lot of nail biters and heartbreak losses,” said Coach Boss.  “But if I have to think of a positive side to losing, it would be that I think we are stronger mentally for it.”

Boss noted that the season was one where so much was learned from the up-and-down nature of the schedule.  “It was definitely really cool and refreshing, as a coach, to watch the team finally produce and finish, especially when I knew all along what they were capable of being,” she said.  “Once we got over the nerves and lack of confidence, we found our groove and were off for the races.  At the end of last season, knowing I was losing a middle (Grace Ringling) who was also my loudest, most positive player…a player who I had for four years on varsity, and Heather (Ripperger), who rarely came out of the back row, I honestly wasn’t sure how we would fill those positions.  I know it was only two, but having a couple girls on the fence of returning or not, and not having another defensive specialist led me to some very creative line-up options in the post season.  To make a long story short, like I stated above, I believe my team will be stronger than ever, and I can’t wait for us to have more than a month of volleyball under our belts.  I think not being able to start volleyball until July 6th this year, due to being shut down for Covid, will be a main factor on getting to the next level at the start of our season.  A lot of our opponents, especially potential district opponents, have been able to play all summer, and to actually play other teams at tournaments, scrimmages, team camps, etc.  We only scrimmaged ourselves.  So starting from behind already will be a struggle, but we will work even harder to get where we need to be come game time.”

As Coach Boss noted, the Hawks lost only two seniors off last year’s squad, but they were big losses.  Grace Ringling and Heather Ripperger leave huge shoes to fill in talent and leadership.  But five returning letter-winners are ready to do their part to keep the Hawks in a position to be successful.  Sophia Marchetti, Mackenzie Baker, Evelyn Roland, Bella Lewis, and Maya Wright return for the Hawks.  “Usually I have two or three key players who will run the court,” Boss pointed out. 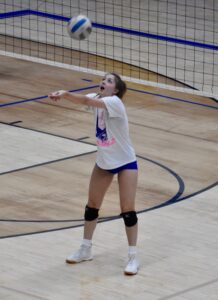 “But this year, I honestly can say my returning starters all will be my top and key performing athletes.  Sophia, Mackenzie, and Evelyn have been on varsity since they have been sophomores, so I guess I can say my expectations of them may be a little higher because they know what to expect from the game, and also from me.  They also know that I need strong leaders on and off the court, and I think they are filling that role just fine in the short time we have had together this preseason.  Sophia will be a huge asset in the front row for us, but her forte, and I think true love, is defense all the way.  Mackenzie will be my starting middle and will be one of my strongest on the front row.  Evelyn will run the offense, along with Bella, who will also play a big role being one of two setters for me this year.  My last returner from last year is Maya, who has been so fun to watch grow through the sport and become a go-to player.  Maya will be Mackenzie’s competition in the middle, and I can not wait to see them push each other every day at practice.”

Coach Boss is a little hesitant to talk about what she thinks this team can do this fall.  “My expectations for my team are always high, and I hate to even talk about what I think we can do during the season because I feel like I jinx us,” she said with a smile.  “But, I honestly think having the returning players we have, plus a couple additions from JV, and also a new student, that we will be stronger and more competitive than ever.  We have a few games, I think, we need to try and come out and redeem ourselves, because there were some we just fell flat and didn’t portray who we were as a team.”

Faith Gibson, a senior this season, gives the Hawks five seniors to lead.  Chastity Lucas is a junior whom Boss thinks can be a power hitter.  “She has come a long way since her freshman year, and I can’t wait to see her find her groove with the new team.”  Bella Uzzle is a sophomore joining the squad for the first time in 2020.  “She fits right in with the girls, and I think it was a pretty smooth transition for her,” Boss explained.  “The only thing we will work on is her learning to be loud!”

Getting along as a team is a big factor for any group, and Coach Boss knows how important that can be this season.  “The strengths of the team this year would be knowledge of the game, court awareness, and friendships, which leads to being better teammates.  I think our biggest strength would be having five returners who have played with each other all of last season, and three having played together for two seasons so far.  I guess that would lead to comfort with each other.  But with comfort can come complacency, so that would lead to my work in progress.  Everyone always has something they need or can work on, myself included.  I think welcoming the new players and having them learn their role will be difficult for some, but if that is our most difficult task, I will take it.  I always say, if it doesn’t challenge you, it won’t change you.  No one wants a repeat of last season, so we will work on what we need to, to be better every day on and off the court.”

Hawks Varsity Volleyball Hopes to Level Off After Roller-Coaster 2019