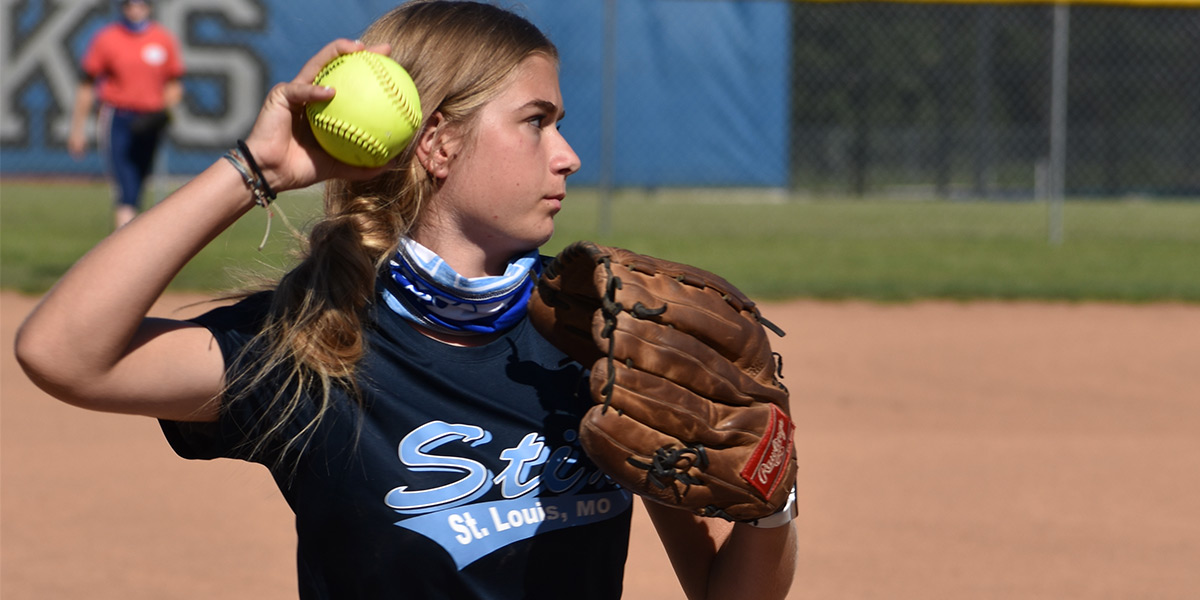 The Hillsboro varsity softball team opened its season this past weekend at the Sullivan Tournament. After winning just one of the four games played, the Hawks hope to turn things around this week.

It hasn’t been very often that the Hillsboro Hawks have started a softball season winning just one of four games.  However, with the type of schedule the team annually plays, it has happened before.  Hillsboro went 1-3 at last weekend’s Sullivan Tournament, but it certainly isn’t time to push the panic button.

“Going 1-3 in a very good tournament isn’t exactly how we wanted to start the season,” head coach Kevin Lucas admitted.  “We faced some very good pitchers, and for the most part, were right there in the games until the end against Pacific and Capital City.”

The Hawks and Pacific were scoreless through the first four innings in the first game Friday.  Alex Wick allowed just two hits and struck out seven in those four innings, but her teammates could muster no hits, striking out nine times.  Pacific broke through in the top of the fifth with two runs, thanks to a lead-off double and two sacrifice bunts.  But Hillsboro countered with a run of their own in the bottom of the sixth.

With one out, Alanah Dunphy reached on an infield single and advanced to second on a base hit from Elly Eckrich.  With two outs, Dunphy scooted home on a passed ball to make it 2-1, but Eckrich was stranded at third.

Wick left a runner stranded at third in the top of the seventh, and the Hawks threatened when Avery Dean led off with a single in the bottom of the seventh.  She was erased, however, on a double play, but Nikki Evans kept things alive with a triple to right.  A ground out, however, ended the game with the Hawks falling a run short.

Hillsboro managed just four hits, and wasted a nice performance by Wick in the circle.  She struck out 12 while allowing six hits and walking no one.

The bats were silent again in the second game against Capital City.  Hillsboro collected just four hits again…two by Hailey Genge, and one each from Kora King and Sara Stokes.  After striking out 12 times against Pacific, the Hawks fanned nine times in this game.  After the Cavaliers scored a run in the second, Hillsboro tied it in the fourth on an RBI single by Stokes.  But the team from Jeff City pushed across a run in the sixth to go ahead for good.  Hillsboro got runners on in the remaining two innings, but couldn’t tie it. 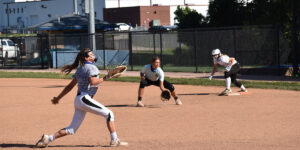 Things got no better in Friday’s finale as Hillsboro got no-hit in a 6-0 loss to Bolivar.  Eckrich walked in the second inning and was the only HHS player to reach base.  Eckrich, who is slowly returning from injury, allowed nine hits in the circle.

“Our bats just didn’t show up the first three games, and we showed some signs of inexperience,” Coach Lucas pointed out.  “I was very pleased with how we came out on Saturday to end the tournament on a high note.  I thought our pitchers did a good job and kept us in all the games.”

The Hawks won their only game on Saturday, defeating Linn, 6-2.  But they had to do so after falling behind 2-0 after four innings.  However, there were signs that the bats were waking up.  Hillsboro clubbed seven hits in the first four scoreless innings, but stranded seven runners, including the bases loaded in the second.  But finally, four runs crossed the plate in the fifth inning.  Dunphy led off by getting hit by a pitch and scored when Genge doubled her home.  The next batter, Eckrich doubled as well, scoring Genge and tying it at 2-2.  Stokes stroked a third straight double, and as Eckrich crossed the plate, Hillsboro had its first lead of the tournament.  Wick singled, and after two outs, Lauren Nichols came up big with a singled to score Stokes.

For good measure, the Hawks ended strong with two more runs in the sixth. Another double by Genge, an Eckrich base hit, an RBI single by Stokes, and a sacrifice fly 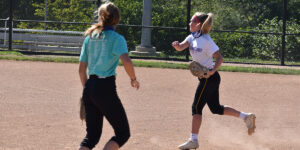 Hillsboro banged out 15 hits led by Eckrich, Stokes, and Nichols with three each.  Genge and Wick had two apiece, while Dunphy and Evans had one each.  Wick pitched four innings striking out five, and Eckrich pitched the last two innings, fanning four.

“This weekend definitely wasn’t like our usual outing,” Eckrich said after the tournament.  “But it showed us what needs work.  We need to adjust to pitching earlier and relax at the plate.  But we came back on Saturday ready to go, and we were much more consistent at the plate.”

Genge said one can’t ignore the level of play in the tournament as well.  “We played some really good teams this weekend and had a couple tough losses.  We are going to continue to work and get better as a team.  Our pitchers did a very good job in the circle, and our defense played solid behind them.  At the plate, we struggled to get timely hits, but this improved in the last game of the weekend.”