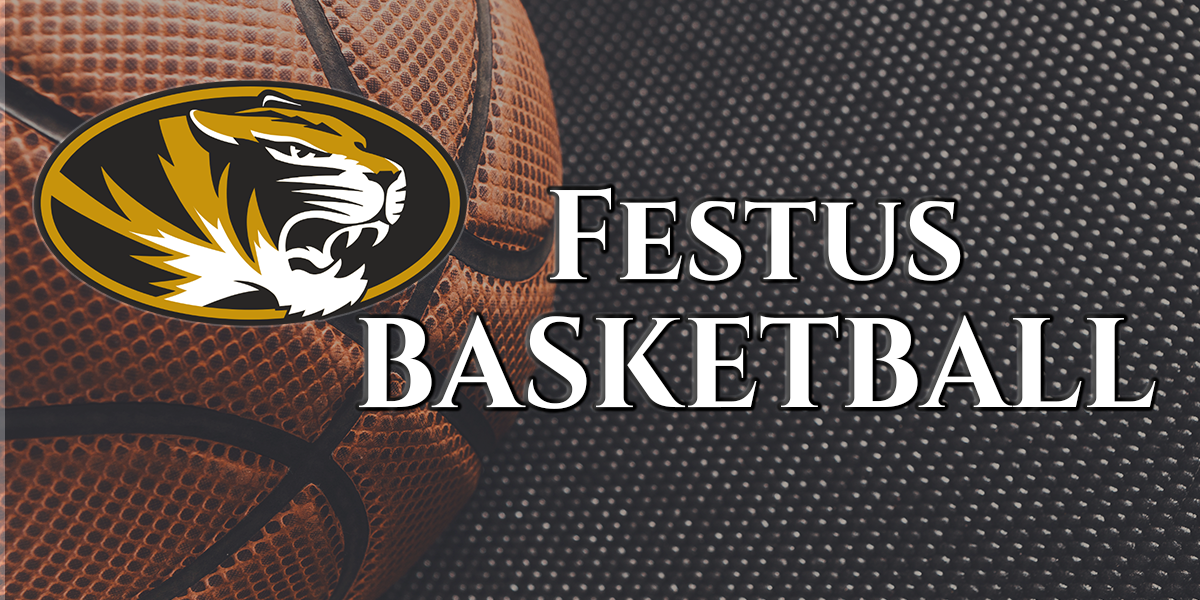 The Festus Tigers Girls Varsity Basketball team handles Seckman, but falls late against the rival Hillsboro Hawks, dropping their record to 8-7 on the season.

Coming off of a tough loss to Mehlville, the Lady Tigers were looking to rebound this week. The girls from Festus took care of business against Seckman with a 49-38 win on Tuesday, but ran into trouble against their rivals just two days later. Jumping across the road to take on Hillsboro, the Tigers couldn’t handle the Hawks and fell 58-47.

Hosting the Jaguars on Tuesday would turn out to be a fortuitous affair for the Lady Tigers, but it wasn’t an easy one from the jump. Six points from Josie Allen in the first quarter helped them to an 11-9 advantage, but there was a long way to go. Defense would be key for both teams once again in the second quarter, with Festus extending their lead slightly after an 8-6 frame. The four point lead at the half wasn’t likely how they drew it up, but it was certainly better than the alternative.

Head Coach Steve McFarland must have had some choice words in the locker room, because the Tigers came out on fire in the third. Allen had a huge quarter and Festus drained 21 points in the frame to take a commanding 40-28 lead. That set up a more relaxed fourth, where the Tigers were outscored 13-9, but they had that luxurious cushion to hold them over. At the final whistle, the girls owned a decisive 49-38 victory.

Allen had a huge game with 27 points and five steals, but it was her accuracy that really impressed. She was 6-of-13 from 2-range, 3-of-6 from 3-range and 6-of-7 from the line. Elizabeth Skaggs had a big day as well with 13 points and seven rebounds to lead the team with her efforts off the rim.

The next game against Hillsboro was a tight one, despite what the final score would reflect. The Hawks jumped on top early with a 17-10 advantage after the first eight minutes, but the Tigers would roar back in convincing fashion in the second with a 16-5 mark to take a 26-22 lead into the halftime break. Allen was big in this one, despite being double-teamed on defense.

The Hawks would fire back though, scorching Festus with a 21-10 third quarter. That made the score 43-36 heading into the final frame, and set up a wild one. The Tigers trailed 45-41 with just under 2 minutes left when a couple turnovers on offense caused the Tigers to foul. Hillsboro made their free-throws and the Tigers missed a couple shots on the other end, to set up the final score. It got oh so close, but fell apart quickly, and when the dust settled, the rival Hawks had a 58-47 victory.

Allen was the team leader in points once again with 19 and Mya Courtois had 14 to back her up. Skaggs, Ciara McDonald and Jersey Latham grabbed nine, seven and seven rebounds respectively, handling the glasswork.

The loss dropped Festus to 8-7 on the season, but this is a young team that is learning with every game and should be able to surprise opponents as they continue to grow an execute throughout the season. Their next challenge will come on Tuesday as they host Gateway.