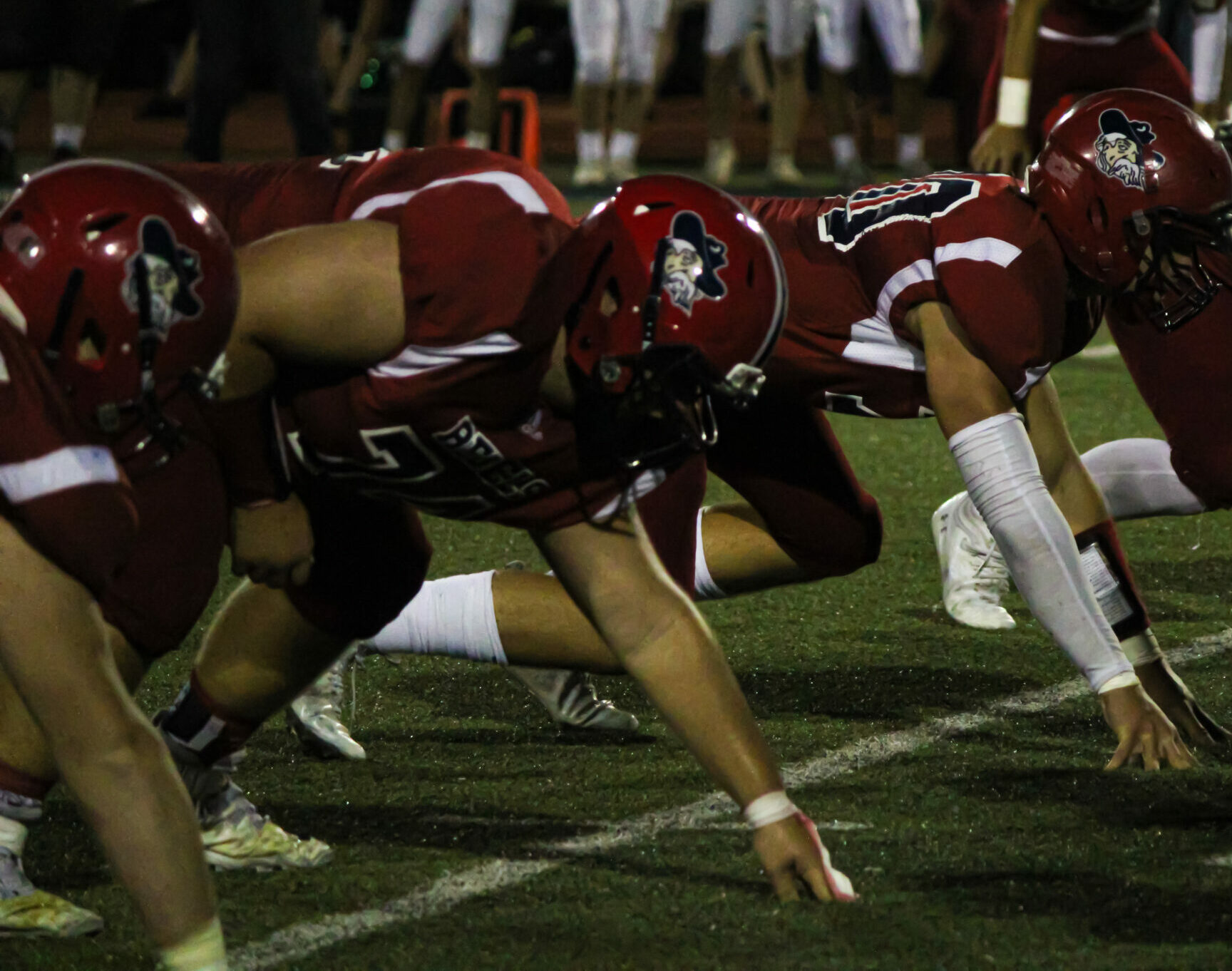 En route to their fourth victory in a row and eighth win on the season, the Rebels’ explosive offense comes to life early in an incredible 41-point first half of a 48-14 victory in Week 9.

Put another tally in the win column for the Central Park Hills Varsity Football team. Last Friday, October 21st, the Rebels hosted the Farmington Knights and did what they always do, score a ton of points. The 48-14 victory for Park Hills marked the eighth time this season they have notched a win, and the seventh time the team has put up at least 40 points.

On a three-game winning streak entering the game, Park Hills has been playing top-notch football. Farmington, on the other hand, had been on a three-game losing streak before heading to Park Hills, and the Rebels had plans to keep both streaks alive. In the first quarter, Quarterback Casen Murphy got his team on the board quickly, when at 8:06 he connected with his receiver Kannon Harlow from 45 yards out for a touchdown. Mason Williams added the extra point to make it a 7-0 game.

After a few defensive stops by both teams, Park Hills got the ball back, and with only 43 seconds remaining in the first, Murphy found another receiver, Caden Casey, open in the end zone from 18 yards out. Another successful kick by Williams made it 14-0 after one quarter.

In the second quarter, the Rebels’ offense exploded. The first score of the quarter came from Jobe Bryant who carried the ball from four yards out for his first touchdown of the game. The kick by Williams made it 21-0 at the 8:24 mark.

Quickly after that, the Rebels got the ball back. Murphy connected with his favorite receiver Bryant on a 42-yard pass that led to a touchdown with 8:00 on the clock. Another boot by Williams made it 28-0.

Still not done, Park Hills continued to punish Farmington. Only three minutes later, Hakin Wagner scored on a six-yard run to finish a drive. Williams tagged on the kick, making it 35-0, still with 5:00 to go in the first half.

Farmington couldn’t seem to get anything going against the Park Hills defense. The Rebels got the ball back, and with 1:58 on the clock, they scored again… and again it was Bryant. This time it was a 41-yard pass that led to Bryant’s third touchdown of the game. The kick failed, but after one-half of play, the Rebels were well in control at 41-0.

It was a low-scoring third quarter as Park Hills was content to play many of their backups. However, Murphy had one more touchdown pass up his sleeve. He completed an 84-yard bomb to Harlow with 3:14 remaining in the third to add a final touchdown for the Rebels. Williams nailed the kick, making it 48-0.

Farmington eventually got on the board with a touchdown in both the third and fourth quarters, ending the game with a final score of 48-14.

The air raid offense was on point. Murphy completed 11 of 14 passes for 331 yards and five touchdowns. Harlow and Bryant each had four completions for 148 and 110 yards, respectively. Wagner caught two passes for 55 yards as well.

What makes Park Hills dangerous is their capacity to be successful in passing as well as running. On the ground, the Rebels ran the ball 21 times for 125 yards. Murphy had four carries for 45 yards and Wagner had six for 40. Landen Whitfield also picked up 25 yards on four rushes.

Defensively, the Rebels forced three turnovers. Not only that, their defensive line is seemingly unbreakable. Ty Schweiss dominated the line with eight tackles. Jaxon Jones was just behind him with seven. Sammy Callaway also had five of his own.

Now with an 8-1 record, and their fourth consecutive victory, Park Hills would love nothing more than to keep the momentum rolling into district play. Next Friday, October 28th, Central will play host to the Fredericktown Black Cats in the first round of the District playoffs.

The 3-6 Black Cats will serve as the appetizer for what hopefully will be a long run in the postseason. The Rebels have big dreams for 2022 and are determined to stay focused, which could lead to a long night for their foes.