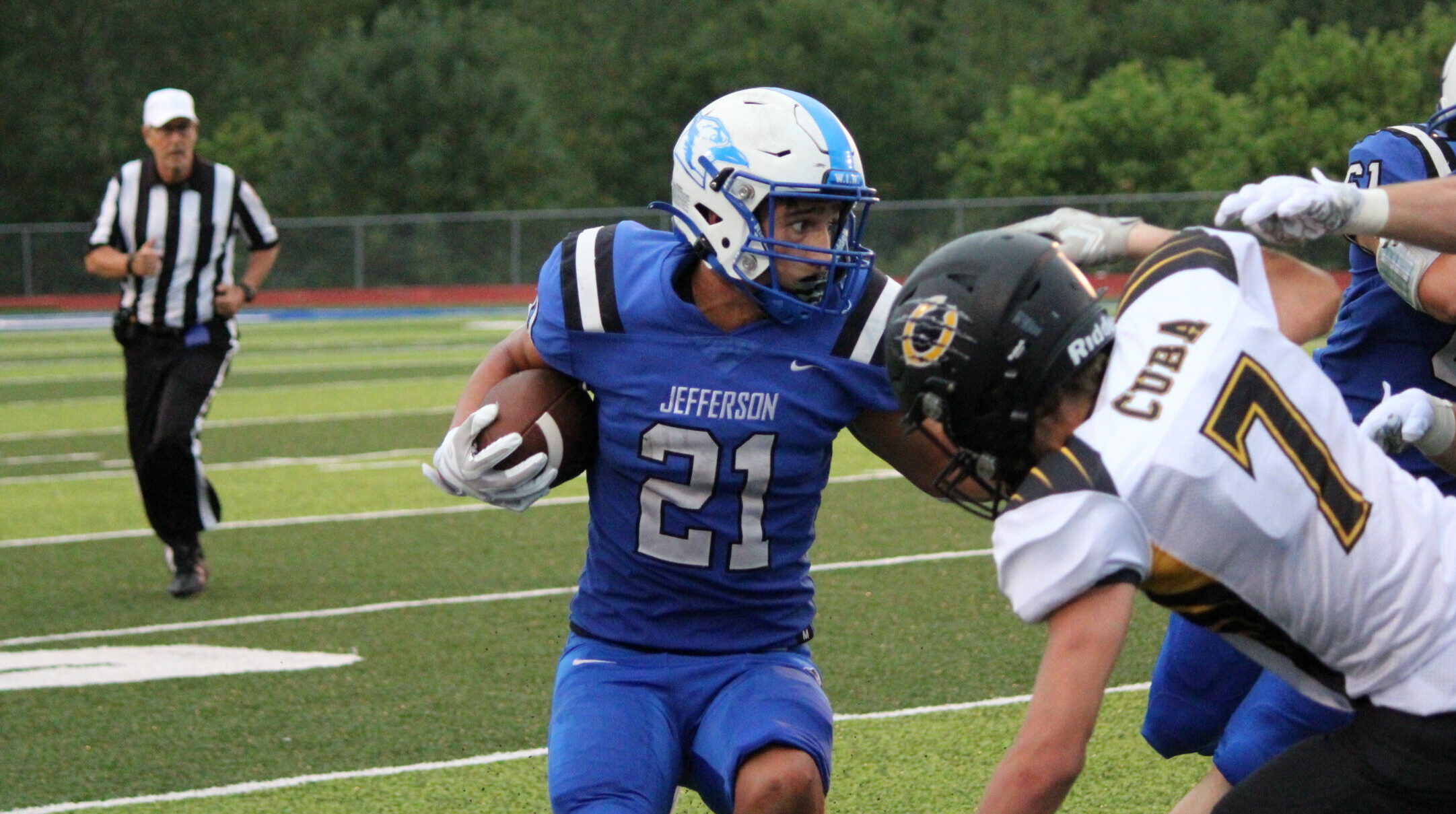 The Jefferson R7 Blue Jays look to make it two wins in a row on Friday, but will have their hands full with the high-flying offense of the Blackcats of Herculaneum.

Jefferson hopes its second road test of the season goes better than the first when the Blue Jays dropped a 6-3 “slugfest” at Fredericktown to open the 2022 campaign.

It won’t be easy against a Herculaneum program that’s won its first two games for the first time in 11 years.The Blackcats have wins over Windsor and Fredericktown so far, and have really reinvented the program this season.

Through two games, Dearing has passed for 453 yards and seven touchdowns. He’s not only a major threat with his arm though, as the Senior has also rushed for 173 yards (151 vs. Fredericktown) and a score.

Bahr, his main target, has been nothing short of breathtaking. The Senior has 11 receptions for 371 yards (33.7 avg) and seven touchdowns. He also has a rushing TD.

This Friday night sets up as a matchup between the immovable object and the unstoppable force.

Jefferson defense is allowing only 142.5 yards per game and has surrendered just two touchdowns in two games.

If the Blue Jays defense can continue their suffocating level of play, the game may come down to how well the offense can move the ball.

After producing just 110 yards of total offense in the season opener, Jefferson bounced back with 265 yards in their home debut win last week against Cuba. It may take more than that against the high-flying Herky Blackcats though, who are not too shabby on defense either. Their D-core led by Senior Mike Moloney who last week recorded 12 tackles and assisted on five more.

Jefferson will look to improve to 2-1 and drop Herculaneum from the ranks of the unbeaten when they kick off at seven Friday night.