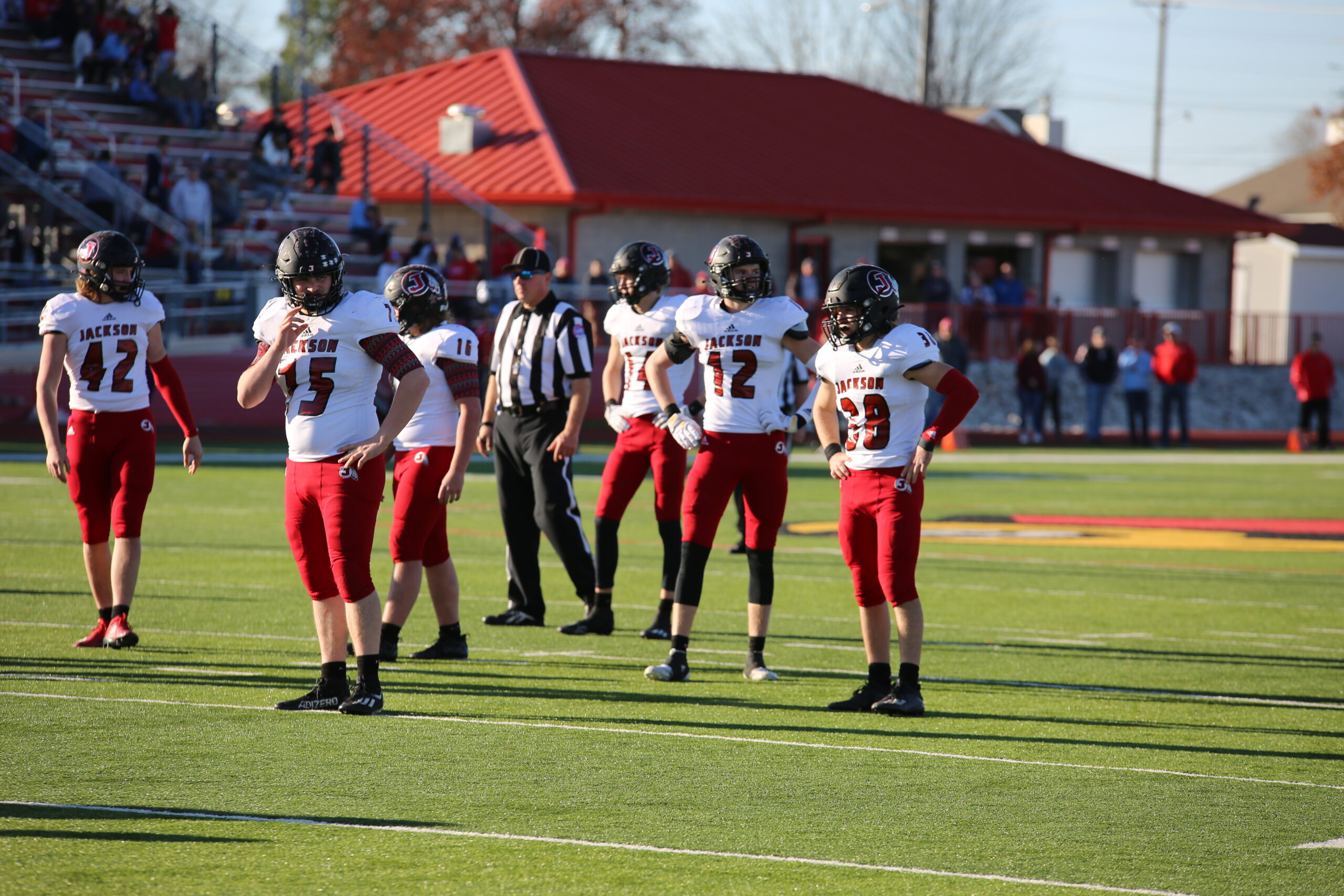 The Jackson Indians are looking to pick up their first win of the season on Friday as they take on the 1-1 Farmington Knights.

The Jackson Indians are still searching for their first win of the year, and they’re hoping that the Farmington Knights will be the tonic to turn their season around. An 0-2 start is not only uncharacteristic for the Indians, it’s an absolute rarity, as they haven’t had this kind of early-season struggle since 2015 when they started 0-3.

Thankfully they have owned Farmington in recent years, so the needle should be pointing North this Friday. Under Head Coach Brent Eckley‘s regime the Indians have won the last 11 matchups and that includes a massive 55-0 victory last season. The Knights are certainly not pushovers, as they are a historically strong program that is notoriously tough to play against, but Jackson has certainly had their number.

After a brutal double overtime loss to start the season, the Indians then got bested by Francis Howell, so they will be looking to take their frustrations out on Farmington. The Knights, however, do have a win to their credit this season as they blasted Potosi 50-18 last week. Their Week 1 showdown was actually an impressive performance as well as they hung in there with a very tough North County squad despite ultimately losing 36-22.

The Indians will be back at the Pit on Friday night though, and that usually spells doom for any opponent. They’ll be looking to start a new winning streak and kick this season into gear with a statement game.