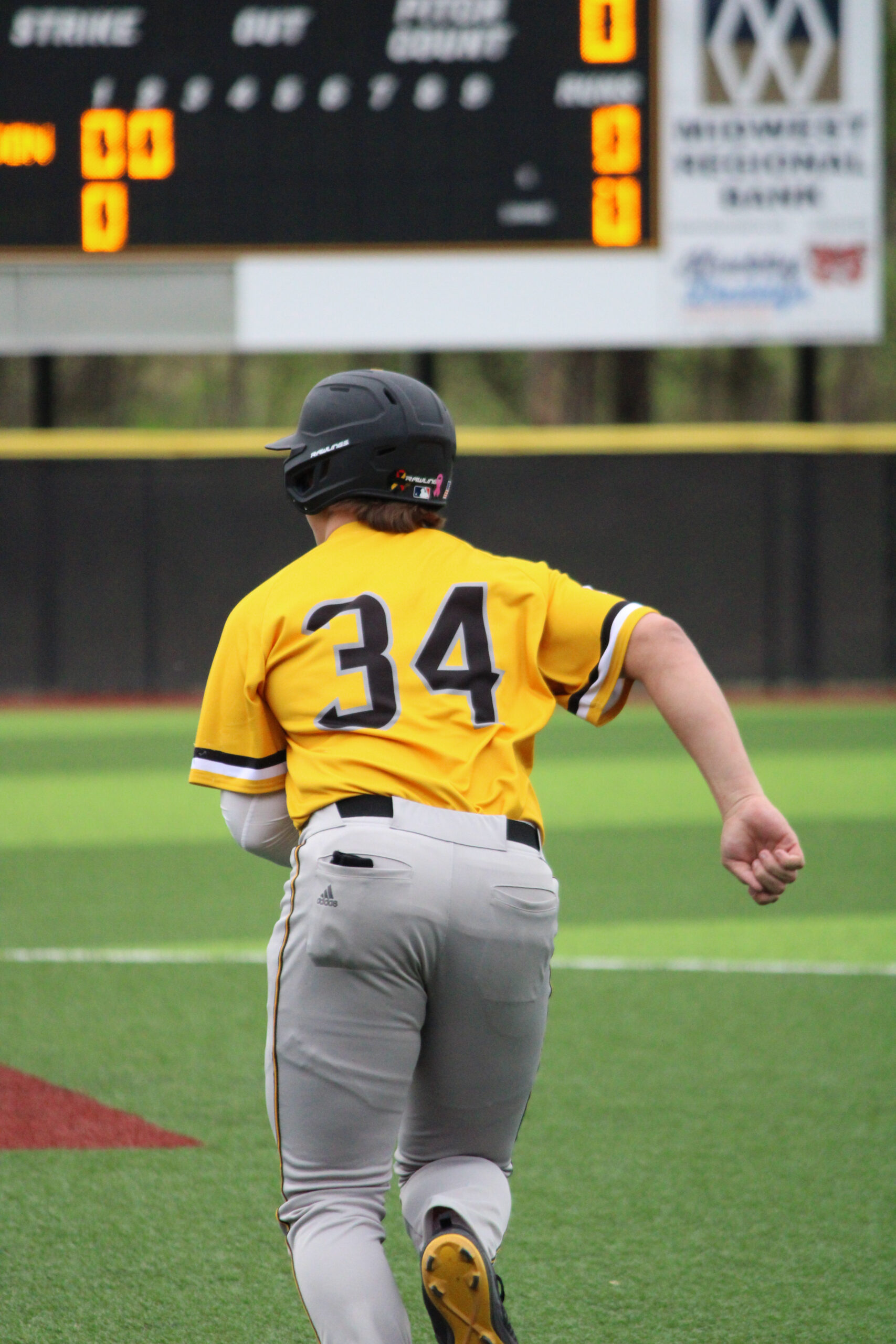 The Festus Tigers sweep the Windsor Owls in a Tuesday double-header to extend their winning streak to six games.

The Festus Tigers Boys Varsity Baseball team is on some kind of roll right now. On Tuesday of this week they played a home and home double-header against the Windsor Owls at Festus Stadium, winning both contests to compile a six-game winning streak.

Despite playing both games on their home field, Festus was actually the home team for statistical purposes in the matinee, which led to the Owls having the first at-bat. Well, Windsor didn’t miss, jumping ahead 2-0 in the first inning after a two-run double. The Owls weren’t done yet either as they used another RBI-two-bagger to tack on an additional run to make it 3-0 in the second.

Now… the Owls were done. The Tigers came clawing back with runs in the second and third innings before breaking the game open in the fifth. Jackson Gross doubled, Hayden Bates singled and then Tyler Bizzle drove in a run with a double of his own. Connor McDonald then poked a singled into center and cleared the bases to give the Tigers a 5-3 lead. The Tigers then used two walks and four singles in the bottom of the sixth to tack on four more runs and take the game 9-3.

Holding the Owls to just those three runs was Nate Moore, who went four innings and struck out seven against four hits and five walks to earn the win. Mason Schirmer came on in relief and cleaned up the final three innings by blanking the Owls and allowing just one hit while picking up the save.

Offensively, McDonald had the biggest day at the dish, going 4-for-4 with four RBI, while Bates and Bizzle each had three hits and an RBI. As a team, Festus racked up 13 hits on the day and drew three walks, resulting in a five-game winning streak.

Next, both teams swapped spots and got right back to it for the finale of the double-header, and the Tigers struck first in this one with a run in the top of the second inning. Back-to-back doubles by Schirmer and McDonald kicked off the frame, and just like that, Festus had a 1-0 lead that they would not relinquish.

It was all quiet offensively after that until the top of the fifth when Wyatt Huskey was plunked and trotted to first base. He then smartly stole second right before Gross came through with a double to center that drove in Huskey and doubled the lead. The Tigers would cling to that 2-0 advantage for the rest of the game thanks to an error-free game and a dominant pitching performance.

Ian Brown got the start in this one and went the distance, posting a masterful two-hit shutout. He used 91 pitches over his seven frames and punched out 10 Owls in the process against just three walks to pick up the victory. Brown was the hero in this one and came through in spades in a game that was stingy in regards to offense. The Tigers had just three hits in the game (all doubles), but they made two of them count with the aforementioned ropes from Gross and Schirmer.

Any time you can sweep a double-header it’s a big boost to the team’s morale, and the Tigers should have morale in buckets right now, in the midst of a six-game winning streak. They will get the rest of the week off after Wednesday’s contest against Webster Groves was postponed due to rain, but will look to keep humming next week as they take on the Dragons of Ste. Gen on Monday, April 18th.