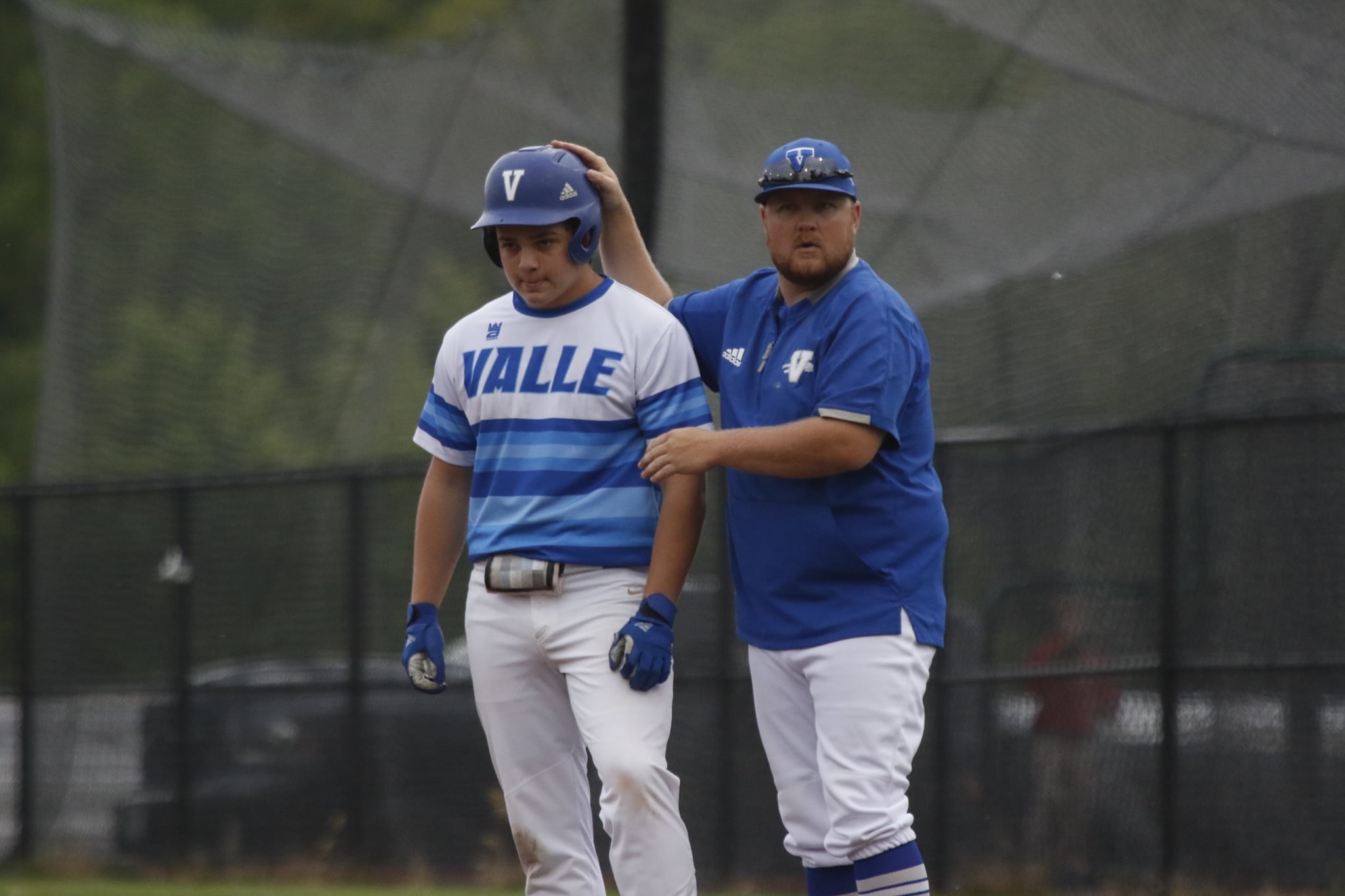 After taking a 6-2 loss to Portageville, the Warriors earn an exciting walk-off victory in extra innings to beat Burroughs 1-0.

The baseball season has been humming along nicely for Valle Catholic. After a quality 9-7 win over Central Park Hills on Thursday, March 31st, the Valle Varsity Baseball team played two more games on Saturday, April 2nd. The Warriors, now with a 9-2 record, split their Saturday with a win and a loss being added to their season total. Both games were played at Valle’s Alumni Field, as the team played host to Portageville and Burroughs.

In the early game, the Portageville Bulldogs were the opponents, and they came out swinging hot bats, racking up three runs in the top of the first inning. Valle countered with one in the bottom half, but the Bulldogs kept adding single digits with another run in the second, third and fifth. The Warriors just couldn’t seem to find a rally and only managed to notch one more in the bottom of the third, giving Portageville the win 6-2.

Valle’s hitting machine Josh Bieser was the highlight of this one. He continued to rack up stats, going three for four. Teammate Jackson Fowler notched one hit and an RBI, while Chase Fallert and Michael Okenfuss were the only other Warriors with hits.

There weren’t a lot of positives outside of Bieser. On the mound, Isaac Roth pitched the first five for Valle and took the loss, giving up six runs on seven hits, before handing it over to Aiden Heberlie to take it home.

The team then rested a few hours and regrouped before stepping back onto the field to face Burroughs in the late game. This one was a pitching duel that ended in a walk-off victory for the Warriors in extra innings.

Valle ace Collin Vaeth threw seven shutout innings, striking out seven while only allowing four spread-out hits. Heberlie came in to pitch the top of the eighth, and he struck out two of the three he faced, holding the door shut to allow his offense another chance to get a win in the bottom of the inning.

With an opportunity to earn the victory from the batter’s box, Heberlie led off the inning with a single, and followed that with a steal of second base. After an intentional walk, Rylan Fallert drove home Heberlie with a single to grab the 1-0 win for Valle in walk-off fashion.

Of course the Warriors always expect to win every time they take the field, but with the extra-inning win, the team proved to themselves that they can have grace under fire. With the split, the Warriors improved to 9-2 on the season, and will have a few days to get ready for the heart of the season, with five games scheduled for next week.