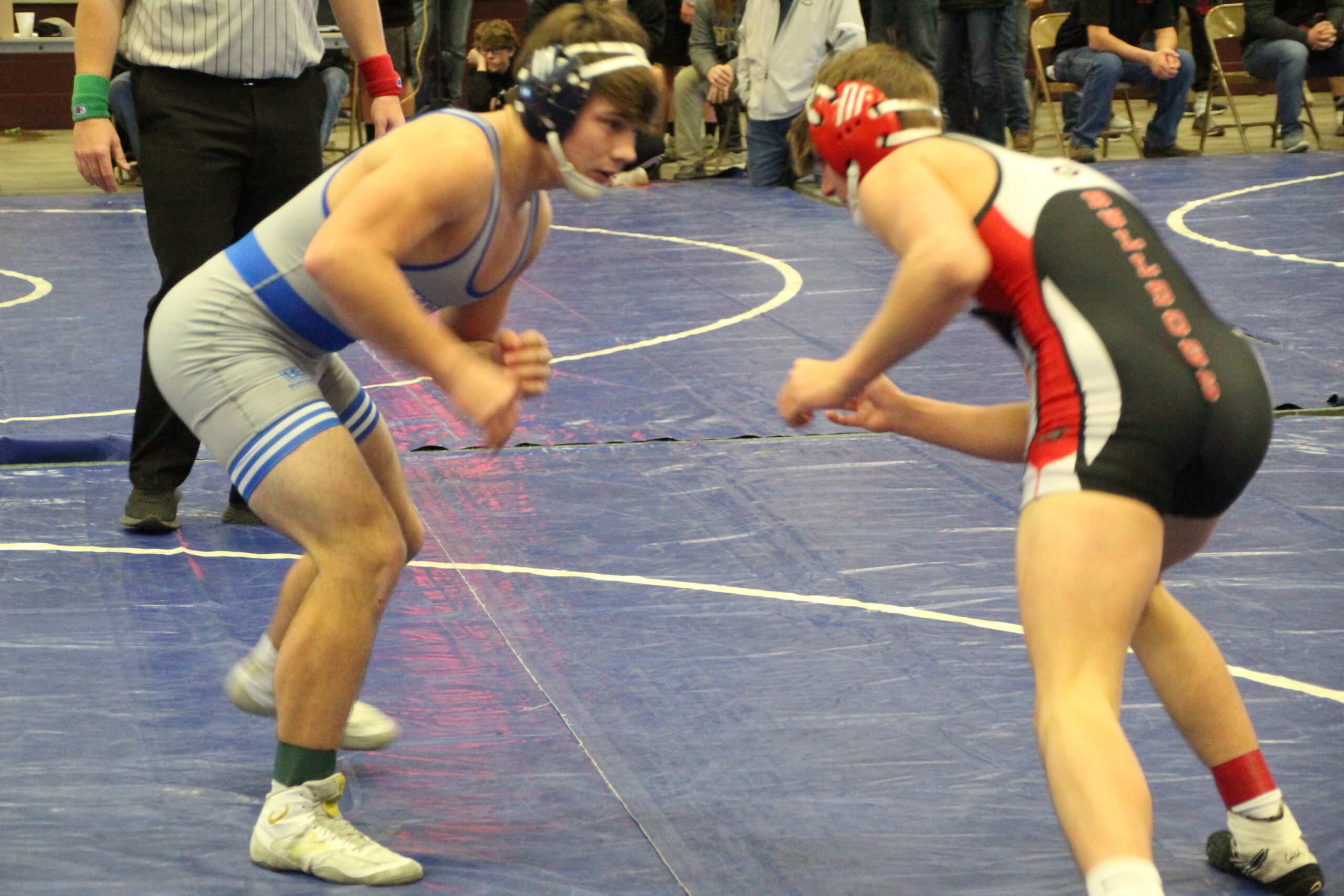 The Valle Catholic Wrestling Warriors are off to a tremendous start and will look to keep the momentum building as they head into the second half of the season.

The Valle Catholic Warriors Varsity Wrestling Team has had a strong start to their 2021-2022 season, and this is the first season that the Valle squad has been able to field close to a full line up. Given the school size, it’s challenging to fill out all 13 weight classes, but Valle Head Coach Jacob Gegg has done his best to make that happen.

Having more wrestlers gives the team a better chance to be successful in dual meets, and they have taken advantage. The Warriors are currently sporting a 5-1 record in dual meets, including big wins over powerhouse wrestling programs Oakville and Festus, and have also won two tournaments as a team.

Tournament wins are the biggest prize in the regular season, as there are many quality athletes in all divisions. The John Burroughs tournament win was the first ever tournament championship in school history. The fearsome duo of 160 lb. Josh Bieser and 285 lb. Noah Elbert both took home individual gold medals.

In the next tournament, The Battle at Katy Trail, a huge day of wrestling involving 41 schools and a good measuring tool for performance, the Warriors finished in seventeenth place. Individually, a top six finish is excellent. K. Gegg and Bieser both took fourth, while Flieg just missed the mark, finishing in eighth.

So far this season, K. Gegg, Flieg and Bieser have had outstanding performances. K. Gegg is 16-6 and according to Coach Gegg, “He’s very physical for a lightweight. He continues to improve each week and puts in the work in the practice room.”

Flieg is also coming on strong with a 17-5 record. Coach Gegg commented, “He’s starting to make small adjustments that turn into game changers in his wrestling ability. He is a student of the game and always ready to learn more and improve each week. I look for Joe to make waves as he finishes out this season, hopefully capturing a spot on the podium at state this season.”

Not to be outdone, Bieser is boasting an impressive 19-2 record. He’s a returning state finalist from last season and the first medalist in the history of the Valle program. Coach Gegg had a lot to say about his wrestler, and noted, “Josh had a strong off-season and continues to improve. Of his 19 wins, 18 of them have been by fall, making a huge impact in dual team scores and tournaments. Josh has been wrestling up a few weight classes to help field full lineups, and is still able to dominate. He will transition down to his weight class from a season ago over Christmas break where he will most likely wrestle in the postseason.”

These three young men are just the tip of the iceberg, as all of the Warriors have been putting in constant hard work in the wrestling room. Coach Gegg knows that Valle is primed and ready to continue their domination for the rest of the season.