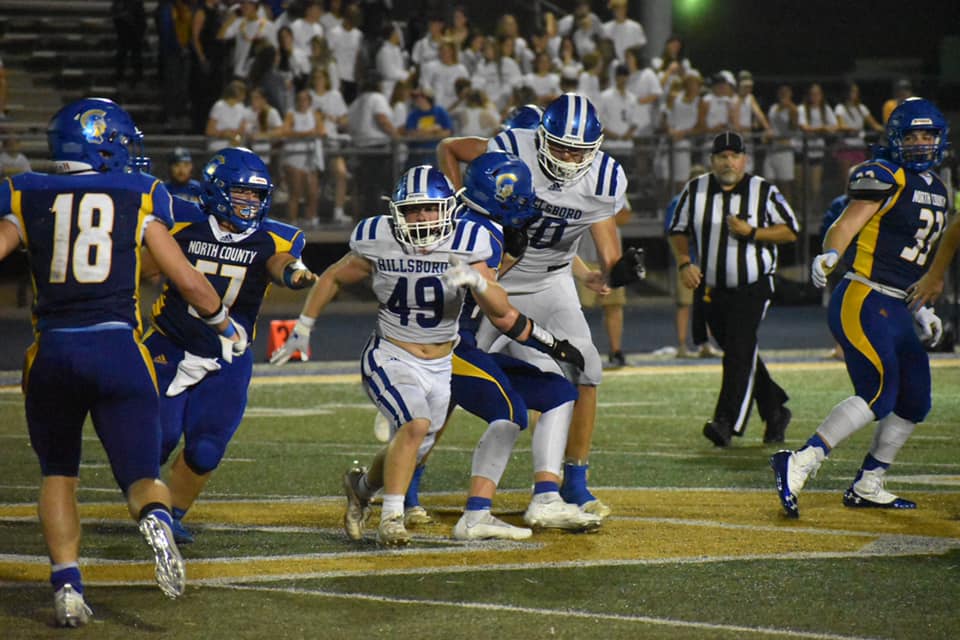 The Hillsboro Hawks Varsity Football team crushes the North County Raiders 42-7 for their third win of the season. Next, the Hawks take on the Festus Tigers on Friday, September 24th.

The Hillsboro Hawks Varsity Football team cruised past the North County Raiders 42-7 on Friday for their third win of the season.

It took a while for the Hawks to get the ball rolling Friday night, but once they did, North County couldn’t stop the avalanche. Griffin Ray stuffed in a one-yard touchdown with just over eight minutes to go in the second quarter for the first touchdown of the game. Shortly after, Austin Romaine ran in a 7-yard touchdown to increase his team’s lead to 14. Then, the first half was seconds away from ending when Jaxin Patterson ripped off a 75-yard touchdown run with three seconds left on the game clock. Hillsboro led 20-0 by halftime.

The second half kicked off with yet another Patterson touchdown run that gouged the defense for 42-yards. He also ran in the two-point conversion. The Hawks continued to lay it on. This time it was Ray using his arm. He tossed a 35-yard touchdown pass to Tyler Watson that put Hillsboro up 35-0. Watson was eager to get the passing game going in this one.

“We had a great week of preparation and we are all focused one week at a time,” he said. “I said last week that our defense and our run game were doing great and we just needed to improve the passing game. We came out and did just that last night and I’m really proud of our guys.”

For the Hawks’ final act, they scored on the defensive side of the ball. It was Cruz Valencia who intercepted the Raiders and ran it back for a touchdown. That made it 42 unanswered points in the second and third quarters for Hillsboro. North County did end up finding the end zone once in the fourth quarter, but that was all they could muster, as Hillsboro wrapped up the 42-7 victory over the Raiders. 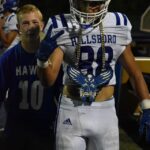 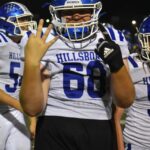 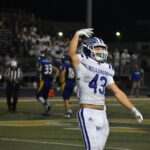 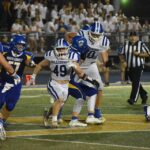 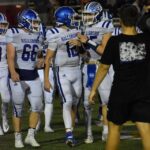 “I think we all came out to play with the same goal in mind and we played for one another,” John Bennett said. “The season is going good so far but we just have to keep going at it in practice and never get complacent with ourselves.”

Romaine was dominant on both sides of the ball in this one. He led the team with eight tackles. Watson was just behind with five tackles of his own. Cody Bishop and Patterson each picked up four and a half tackles. Valencia had two interceptions and he ran one back for a touchdown. They held the Raiders to just 197 yards of total offense.

The Hawks now sit at 3-1 on the season. They have outscored their opponents 132-7 in their three wins, and the team is confident where they are at at this point in the season.

“The game went very well tonight,” Jordan Jarvis said. “We came out ready to play. The season is going great. All I’m saying is watch out for the Boro.”

Next week, the Hawks welcome the Festus Tigers to Hillsboro for what the Hawks are deeming the POW/MIA game. That kicks off Friday, September 24th at 7:30 pm.