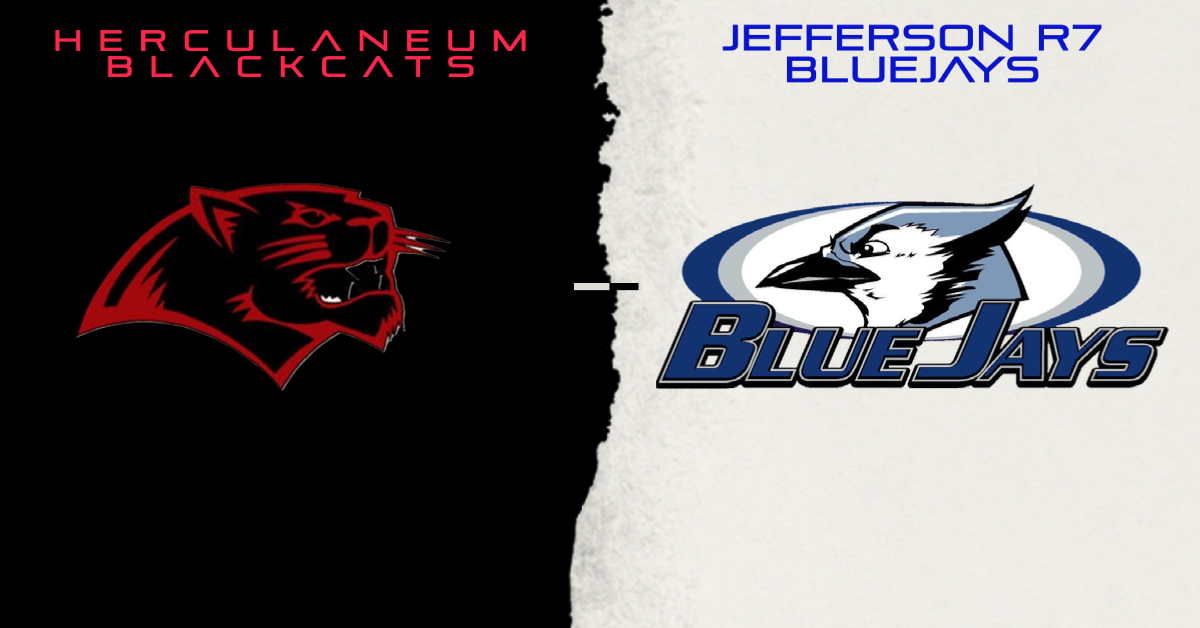 The Jefferson R-7 Blue Jays Varsity Football team takes on the Herculaneum Black Cats on Friday, September 10th at 7pm. The Jays will be on their home turf as they look to go 3-0 and keep this season’s undefeated streak alive.

The 2-0 Jefferson R-7 Blue Jays are set to face off against the 2-1 Herculaneum Black Cats in an important conference matchup this Friday, September 10th, at 7:00 p.m., on their home field.It’s been an extremely hot start so far for R-7. In fact, the Jefferson offense has already racked up 91 points, and the defense has yet to give up any. Last week the Blue Jays crushed the Cuba Wildcats by the score of 41-0, while the previous week, the Blue Jays walloped Fredericktown 50-0.Herculaneum starts out the season at 1-1. The Black Cats lost their opener in week one to Windsor 15-12, but won their most recent game 44-0 over Bishop DuBourg. This match-up could prove to be a rather high scoring affair, as Herculaneum has tallied up 66 points, and given up only 15.

The Jefferson defense was also on display last week, shutting down Cuba. Colton Richardson led the way with seven tackles and one fumble recovery. Gavin Theodoro had six tackles. Sam Stokes and N. Breeze each made five tackles.

This week, the Blue Jays look to make it three wins in a row, while Herculaneum would like to add to just get over the .500 mark for the first time this season. This match-up has the potential to be a high-powered shootout, as both teams have shown a propensity for airing it out to make big plays happen. The key to victory could be which defense has the mental fortitude to keep playing hard, even if they give up points… which seems likely to occur.