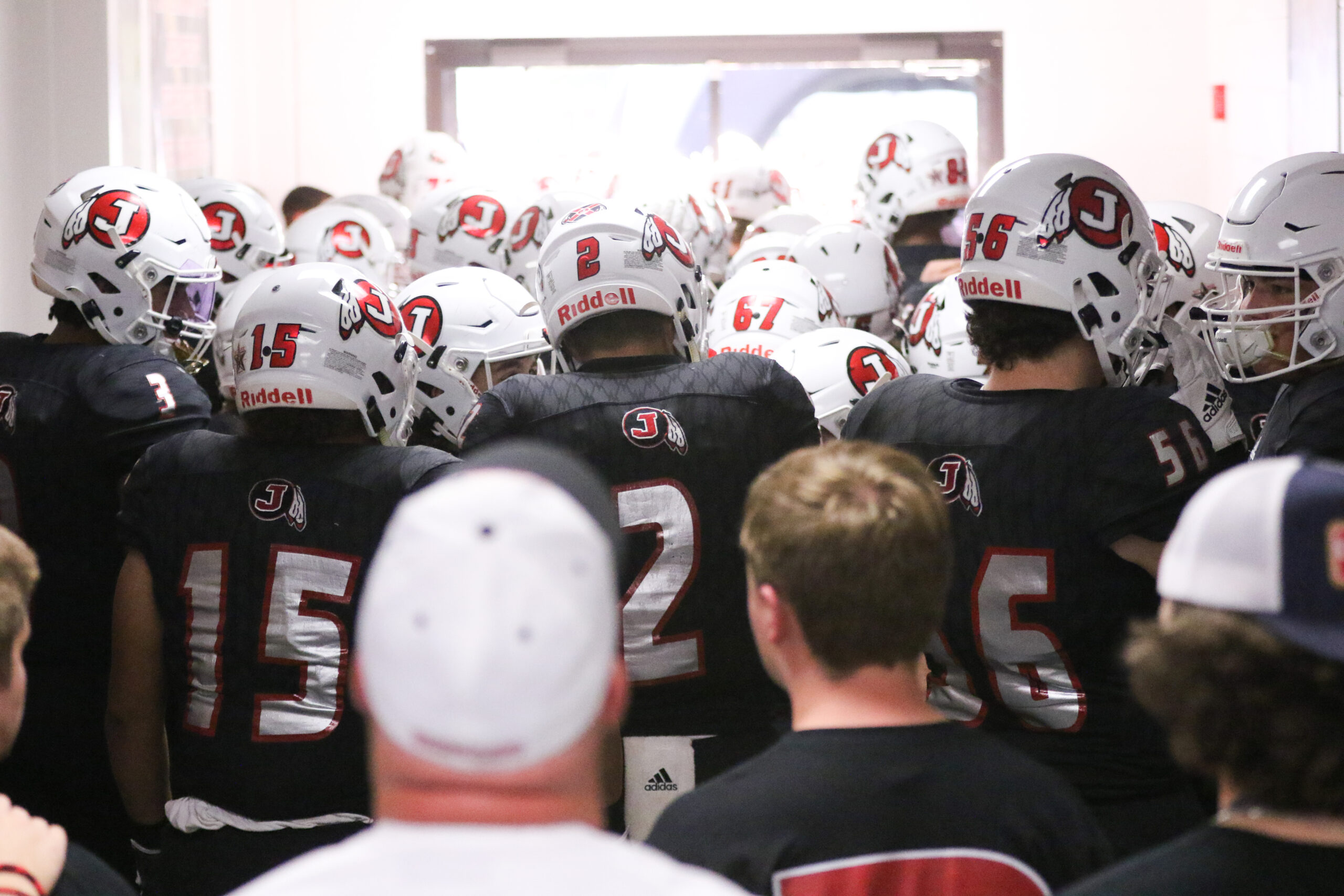 The Jackson Indians Varsity Football squad made mincemeat out of the Roosevelt Roughriders on Friday night. The defending State Champs dominated to the tune of an 80-6 Week 1 victory.

The defending State Champion Jackson Indians Varsity Football team kicked off their inaugural title defense in spectacular fashion with a blowout win over the Roosevelt Roughriders on Friday night.  Week one was indeed a rough ride for the victims of Roosevelt as they were blasted to the tune of an 80-6 victory.

The mighty Indians crossed the goal line an astonishing 12 times in this one, and the game was more or less over as soon as it started.  They put up four TDs in the first quarter, highlighted by a pass and then a run by QB Cameron Marchi, and enjoyed a 27-6 lead after the first 12 minutes. 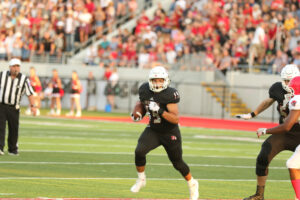 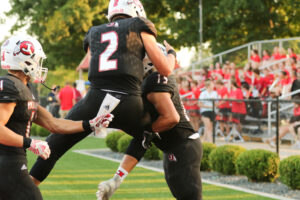 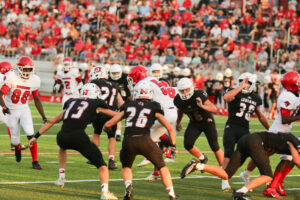 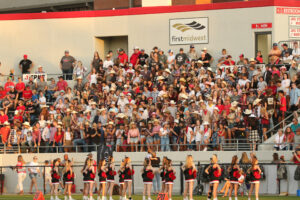 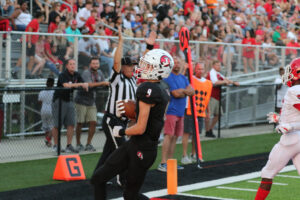 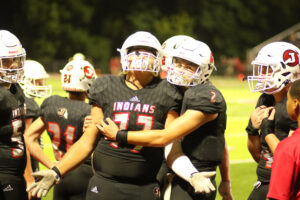 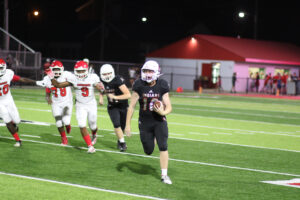 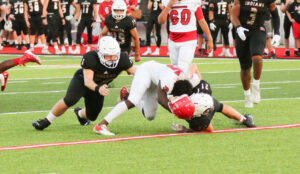 Marchi, commented on the win by saying, “It felt amazing. I love this team and I couldn’t ask for anything better. Our preparation led to our win tonight as we spent all summer preparing for this game and this season. My expectations for this year are to have fun and take it one week at a time and go 1-0 every week. I would like to add that the offensive line had an amazing game and a great week of practice leading up to this game. They allowed everyone on offense to have a great game.”

The onslaught didn’t stop there as they put up five more TDs in the second quarter and steamrolled into halftime with a 62-6 advantage.  At that point Head Coach Brent Eckley had seen enough of his starters and let some of the reserves come in to feed.  No points were scored in the third, but the Indians managed to tack on another three TDs in the fourth.  Two of them coming off of forced fumbles from defensive mavin Titus Jackson.

The final score resulted in an 80-6 drubbing and, while the Roughriders took it on the chin, the Indians displayed to their competition that last season was not a fluke.  In limited time Marchi was 3-3 for 42 yards and a score, while picking up an additional TD and 25 yards on the ground.  Tony Williams led the team in rushing with 95 yards and a pair of touchdowns, while Jason Goodman had seven carries for 71 yards and a pair of scores himself.

On the receiving end Isaiah Davis led the way with 26 yards and a TD, but the big story was on defense with Jackson, who had those two forced-fumble scoop-and-scores in the fourth quarter.  The offense showed up, the defense showed up and the Indians just flat out came to play.

The Indians Head Coach talked about the spirit of the game, saying, “I was most pleased by the way both teams handled the game. It wasn’t negative, it was a lopsided score but there was no talking or extra junk after the play by either team. Both teams respected the game.”

The starters didn’t hang around long because of the disproportionate score, so we asked Coach Eckley to mention some standout younger players that stepped up.  He gave us, “TJ Altenthal on both sides of the ball at corner and receiver. Goodman at RB, Gavin Guilliams at safety, Reid Landers at DL, Fisher Stevens at OLB and Blayne Harris at WR. All of these guys are Sophomores contributing for the first time.”  Quite the contribution for their debut.

When asked about the game Ashton Flinn commented, “It was a great feeling to be on the field tonight alongside my brothers.  As always we believe as a team that all the extra work and preparation we put into the offseason leads to wins in season.  I, as well as the rest of my team, believe that we have worked hard enough and put in the time to be right back where we were last season, and win our last game of the year!”

Well said from a confident player on a confident team.  All signs point to Jackson being dominant in all facets once again this season, and this week one victory seems like the tip of a very dangerous iceberg for Jackson’s opponents in 2021.

Coach Eckley, commented on the team’s next challenge against the Hillsboro Hawks, saying, “We want to improve, number 1 the kicking game and then blocking and tackling. We have to finish plays better. Hillsboro is a physical, confident team. We’ll have to play well to win.”

They look to extend their streak of dominance next Friday, 9/3, as they travel to Hillsboro to take on the 1-0 Hawks.  Kickoff is at 7pm.

If you haven’t gotten your graphic print of your favorite Jackson Player order yours today: Click Here 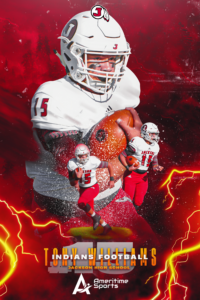