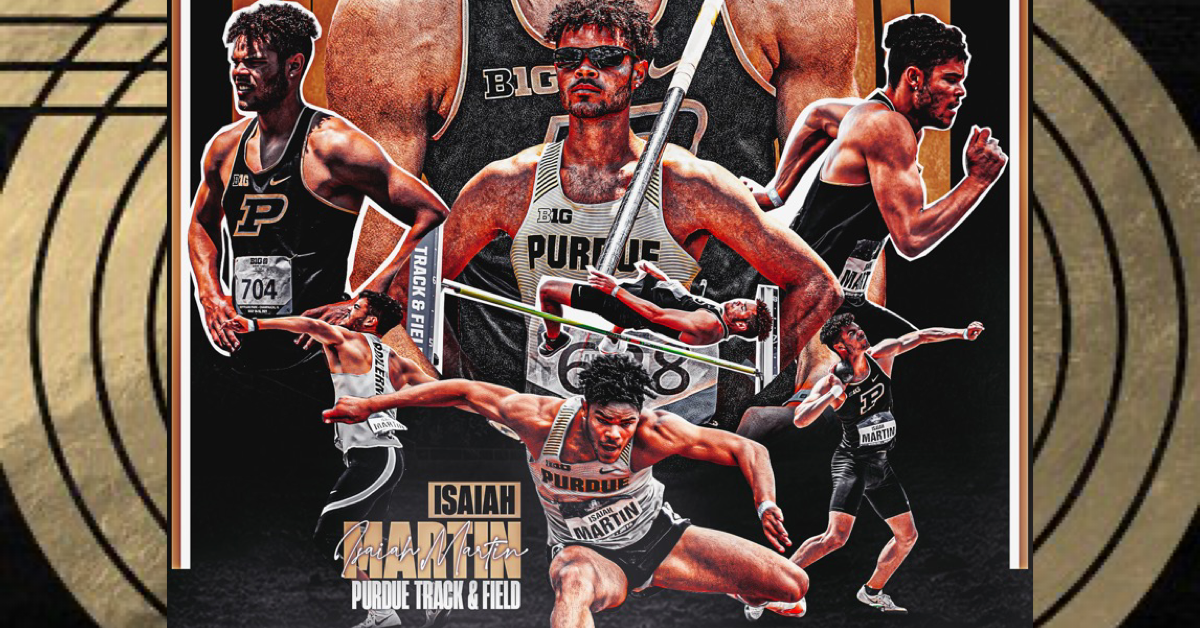 Isaiah Martin, a Hillsboro alumni and current Purdue Boilermaker, dominates in the decathlon and heptathlon events and is among the best athletes in the Big Ten Conference.

Ameritime Sports covers hundreds of athletes across dozens of sports and multiple schools. Most of those student athletes give their all competing in the sports they love and hang up their gear once high school comes to an end. A small percentage of those athletes may go on to play at the next level and an even smaller percentage go on to have successful athletic careers. That is not the case for Hillsboro alumni Isaiah Martin.

After graduating from Hillsboro, Martin went on to Purdue University and became an All-American track athlete. He holds the school record for the Heptathlon and the Decathlon… and he’s only a Junior. He wasted no time making his presence known to the rest of the country, as he was voted a Second Team All-American Decathlete his Freshman season. He recorded the second-highest finish among all Freshman Decathletes in the country, while also being the fourth-highest amongst all underclassmen.

A Decathlon is an event that takes place over two days and includes ten different events that are combined for a final score. Those events are the 100 meter dash, long jump, shot put, high jump, the 400 meter, 110 meter hurdles, discus, pole vault, javelin and the 1500 meter. Despite his collegiate success, Martin never had the opportunity to run a decathlon for Hillsboro. He was originally just a hurdler until he joined the Jefferson County Jets, a summer track program for Jefferson County athletes, and competed for them in his High School offseason. 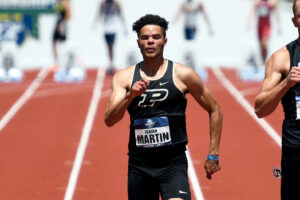 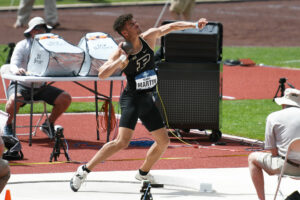 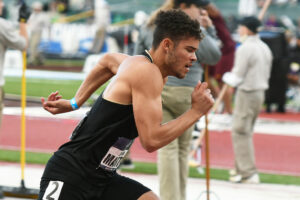 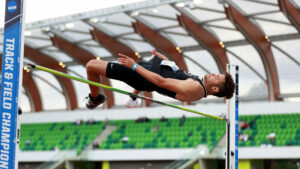 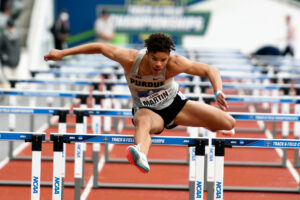 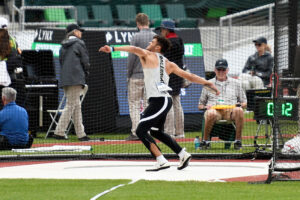 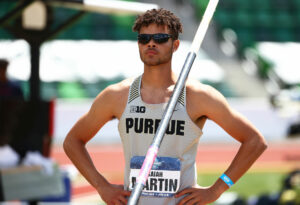 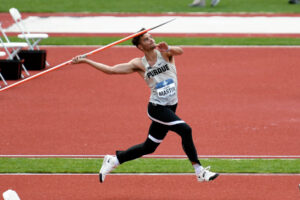 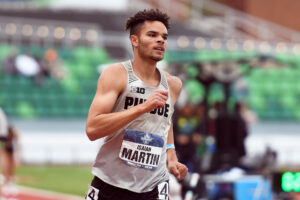 “Coach Boreman just told me one day, it was like my first or second practice, he just told me I was going to be a decathlete,” Martin beamed.. “I went in doing two events and I walked out of that practice finding out I have to do ten events… It’s obviously worked out since then.”

These events are very unique in their own right, especially at a Power-Five Conference school like Purdue.

Martin competes with and against other athletes from all around the world. Those include world champions, olympic qualifiers and more.

“It’s a little intimidating at first. Especially seeing all the big names that you’ve seen growing up,” he said. “Getting over that hump is another thing that isn’t talked about a lot.”

Martin went to the Outdoor Nationals event his Freshman season at Purdue. He described the meet as “brutal” and said it was “mostly a survival of the fittest.” Martin said on the first day of the meet, one of the athletes that won his event hit the olympic standard…. That meant they qualified for the olympics without having to go through trials.

“The next day was filled with the most amazing competition I’ve ever seen in my life,” he said. “Seeing people at that meet be successful kind of just drove me to want to be the guy that the announcers are talking about.”

His work ethic is unique and never lacking. He says his favorite event is pole vault, despite the fact that it’s one of his worst.

“I love a challenge,” he said. “Usually when I’m not good at something, I will spend night and day trying to figure out how to get good at it. Pole vault has been a struggle for me for multiple years now. That and the fact that I get to fly however many feet in the air and land on a mat. Those are probably the two best parts about it.”

Martin was not always a runner. His athletic dreams began with football. He didn’t consider track to be a priority when he first dipped his toes into the water.

“Football was my main thing up until about Junior year of High School,” Martin said. “Previously, I was so adamant about not running track. I was still fighting because I didn’t want to run. But I started seeing some success in the hurdles, and also over summer I was doing pretty well. After that I considered that I might have a future in track.”

Martin credits his track coaches for keeping him interested and motivated to run. He abandoned his dreams of becoming a football player and started to focus on track. Once he started to run, he couldn’t be stopped.

“I never see myself as better than anyone else,” he said. “When I saw that most of the coaches I talked to were from the SEC or ACC, they were coaches in the Power Five [conferences], that was very reassuring to me that I do have the potential to do some stuff in the sport.”

Competing in multiple events over the course of a few days challenges these athletes, not only physically, but mentally as well. Martin went on to describe some of the mental hurdles he’s had to overcome competing.

“You have to have a really quick short-term memory,” he said. “It doesn’t matter if the mark was bad or good because, no matter what, you have to move on from that event. Or else you are wasting mental energy.”

He said even in between his days of competing, he tries not to think about his previous scores or what went wrong in certain events. He even uses some of his equipment to help him focus on what’s ahead and not behind.

“My old coach actually said ‘when you change your shoes, you change the event’” Martin said. “Say, I run the 100. Once I take those 100 shoes off and put my long jump spikes on, I switch into the mindset of a long jumper… You just have to learn to let go.”

Oftentimes there may be a few hours between his events, especially if the meet is catering to a TV schedule. The gaps can sometimes be difficult to deal with.

“You have to find a way to come all the way down,” Martin said. “And when it’s the right time you have to build it all back up and kind of get back into that zone you were in earlier.”

Martin mentioned his favorite moment competing was when he qualified for the Men’s Indoor National Championship meet his Sophomore season. He placed third in the Big Ten meet that allowed him to qualify. He had a tough long jump, but then proceeded to hit personal best marks in four of his last five events in the Heptathlon.

“I didn’t find out until I saw my coach sprinting over to me with the results sheet showing that my score added up to third place,” he said. “I actually broke down after the meet. It was just the feeling of everything culminating into one meet. It just hit me like a truck.”

Martin is a great example to all Ameritime athletes that if you put the work in and stay dedicated, there are few things you can’t accomplish. He has an intense focus on not only his athletic career, but also his education.

“I’m just trying to see where life takes me in a productive way,” he said. “I want to get educated in a way that I’m set up to get the job that I want. At the moment I’m still searching for my calling.”

Martin has not only managed to continue to compete after High School, but is one of the most successful runners in his school’s history, and currently one of the best in the Big Ten Conference. Be on the lookout for Martin to continue to shatter school records and make a name for himself on the track.

Congrats on all your incredible achievements Isaiah. You’ve got a huge fan base here in Jefferson County and Ameritime Sports is proud to be in your corner.

*** All Photos are Credited to Prudue Track & Field