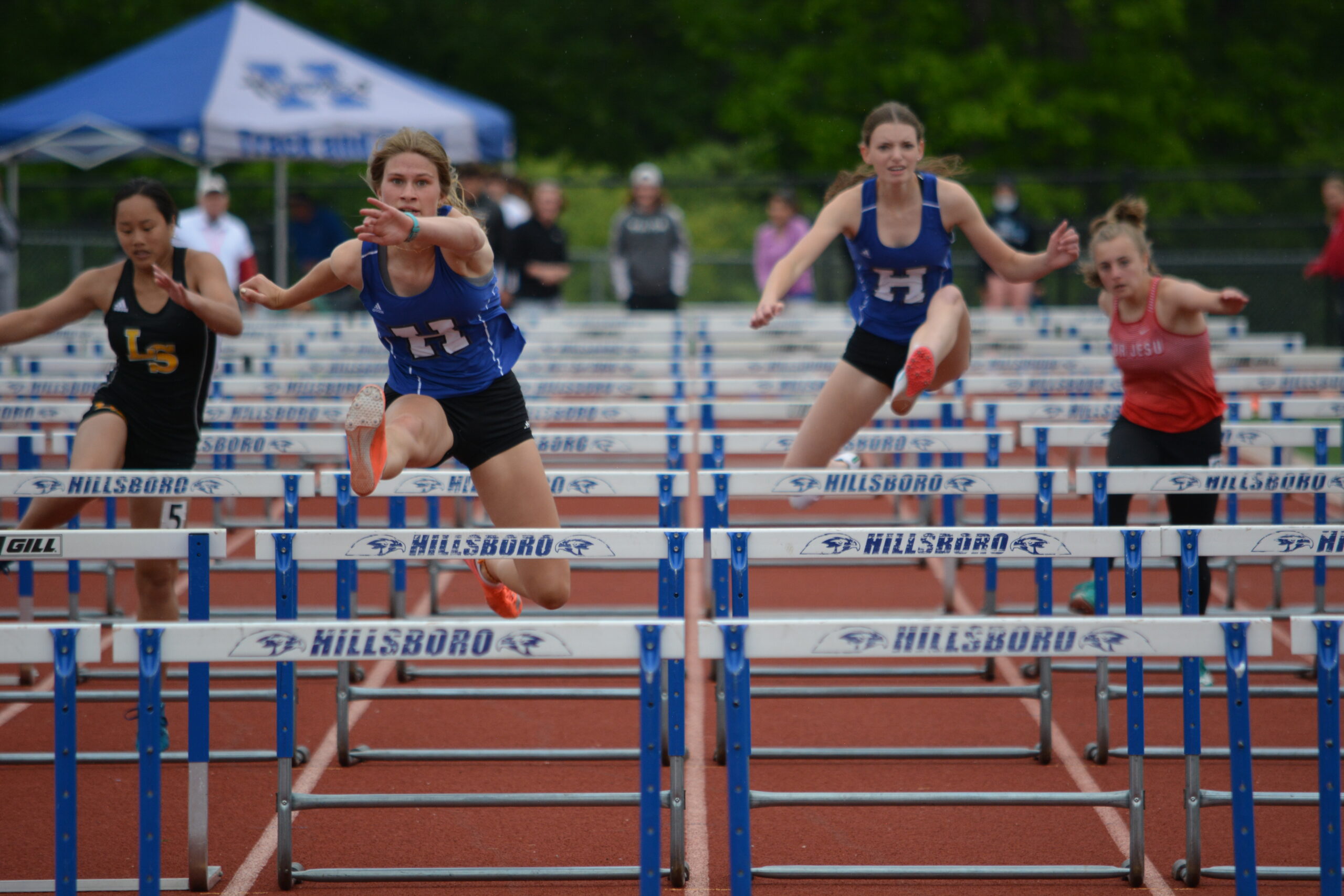 The Hillsboro Lady Hawks Track and Field team continues their postseason run after a great showing at Sectionals where they place third overall and send several deserving young ladies to State.

The Hillsboro Hawks Girls Track and Field squad traveled to Park Hills for their Sectional meet on Saturday May 22nd where they scored 78 points as a team. Good enough for third place overall. Head coach Dina Holland spoke on the determination of her team through the weather and competition.

“We really had a great day at Sectionals,” said Holland. “It was a tough day to compete in the heat and intense sun, but the girls persevered and really had a great day! Evie Roland continued her success in the Javelin and will finish out her high school career at the State Meet.” Roland threw for 37.90 meters which earned her a second place finish.

Maya Wright brought home the gold in both the 100 Meter and 300 Meter Hurdles with times of 15.72 seconds and 48.79 seconds, respectively.

“I was so proud of myself at sectionals for qualifying in three events!” said Wright. “It’s always been a goal of mine to go to State and I couldn’t be more excited. At the meet I had another PR in the 100 meter Hurdles and I was surprised because it was the first really hot track meet of the year. [Going] into the meet Friday I’m really hoping to get top eight in [the] 100 meter Hurdles and also very excited for the 4×400 relay, it should be a good race!”

“Our fabulous freshman duo of Lauren Nichols and Krysta Miller have had an outstanding season.  Krysta [Miller] has put her stamp on an amazing freshman season by qualifying for both Long and Triple Jumps. Lauren [Nichols] qualified in the open 400 meters,” said Holland. Miller cleared 10.77 meters in the Triple Jump which earned her third overall, and 5.00 meters exactly in the Long Jump which placed her in fourth. Nichols’ time of 1:01.53 in the 400 Meter earned her team five points with the fourth place finish.

Nichols was the anchor of the 4×400 Meter Relay team (comprised of herself, Wright, Sidney Buettner and Reese Buettner) that finished their race in 4:09.97, which was good enough for third place,. They were just half a second off of second place.

“The Sectionals meet was very competitive,” said Nichols. “I think for State, I just need to try my best and be proud of what I get simce this is my first year of track.”

“Cassidy Herget has continued to improve in the High Jump and is making a name for herself in that event,” said Holland. “It truly was an incredible day for Hillsboro Track and FIeld!” The sophomore tied for second place in the High Jump, clearing 1.52 meters.

The Hawks travel to the capital this weekend for their chance at a State Title with their final meet of the season.