Where Are They Now: Jefferson R7’s BRANDON FLOYD

Former Blue Jays OL/DL Brandon Floyd is cruising with UT Martin, and reflects on his high school career and the formidable jump to playing college ball.

Sports enthusiasts across the country, be they High School kids, parents, friends, neighbors, etc., always feel an unincumbered sense of pure joy when they are watching a game and scream out, “I know that guy!!!”

There are likely thousands that did just such a thing when they saw Brandon Floyd in action for the University of Tennessee Martin. Floyd is a product of the Jefferson R-7 Blue Jays touted varsity football program, and signed this past year to play for UTM. He has already proven himself there as an incredible offensive lineman and is off to a fantastic start.

Not surprisingly, Floyd gained much of his success due to his Head Coach Alex Rouggly.  And it appears Coach Rouggly was fortunate to have Brandon in his service, saying, “Brandon is one of the hardest working people I have coached in my 16 years of coaching football. His attention to detail, along with great work ethic, has catapulted him into one of the best lineman to come out of Jefferson County in quite some time. Brandon spends copious amounts of time during the off-season, so that his body and mind is ready to compete at a high level during the season.”

He was (and still is) an incredible force on the offensive line, making waves as a protector of his “skill players” behind him. Let’s not forget though, that Floyd was a two-way player, and made his mark on opposing offenses, as well as the defensive front that he saved his QB from every game. In his final season with the Blue Jays he amassed 44 total tackles, six for a loss and registered five sacks. Pretty elite level of competition on both sides of the ball for a guy that is never called on to actually handle the ball. 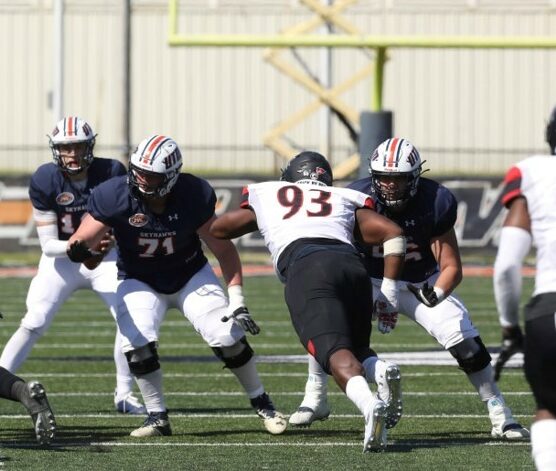 He was also a leader on the field, and his coach proudly touted, “Brandon’s leadership abilities have continued to grow as well. He was a captain for us during his time at Jefferson. After taking in a game (UT-Martin vs. Tennessee Tech) I could see that Brandon was a leader on the offensive line. He leads the right way. Accountability and positivity have been huge attributes that Brandon carries with him. I believe those traits were instilled in him when he was young, by his outstanding parents, Steve and Sara Floyd. Brandon has made the entire Jefferson community proud. We can’t thank him enough for everything that he has done and continues to do for both the Jefferson and UT-Martin Communities.”

Incredible accolades for an immensely talented young man, but we wanted to speak to the horse’s mouth. We asked Brandon about his experience at Jefferson R-7, and he beamed by saying, “Being an athlete at Jefferson High School was the most fun four years of my life.  The community is so supportive for all athletics and I’m proud to come from a such caring community. They showed me love the whole time I was there and I can never pay them back, but I appreciate them because they helped push me to where I am today.” Spoken like a true professional. 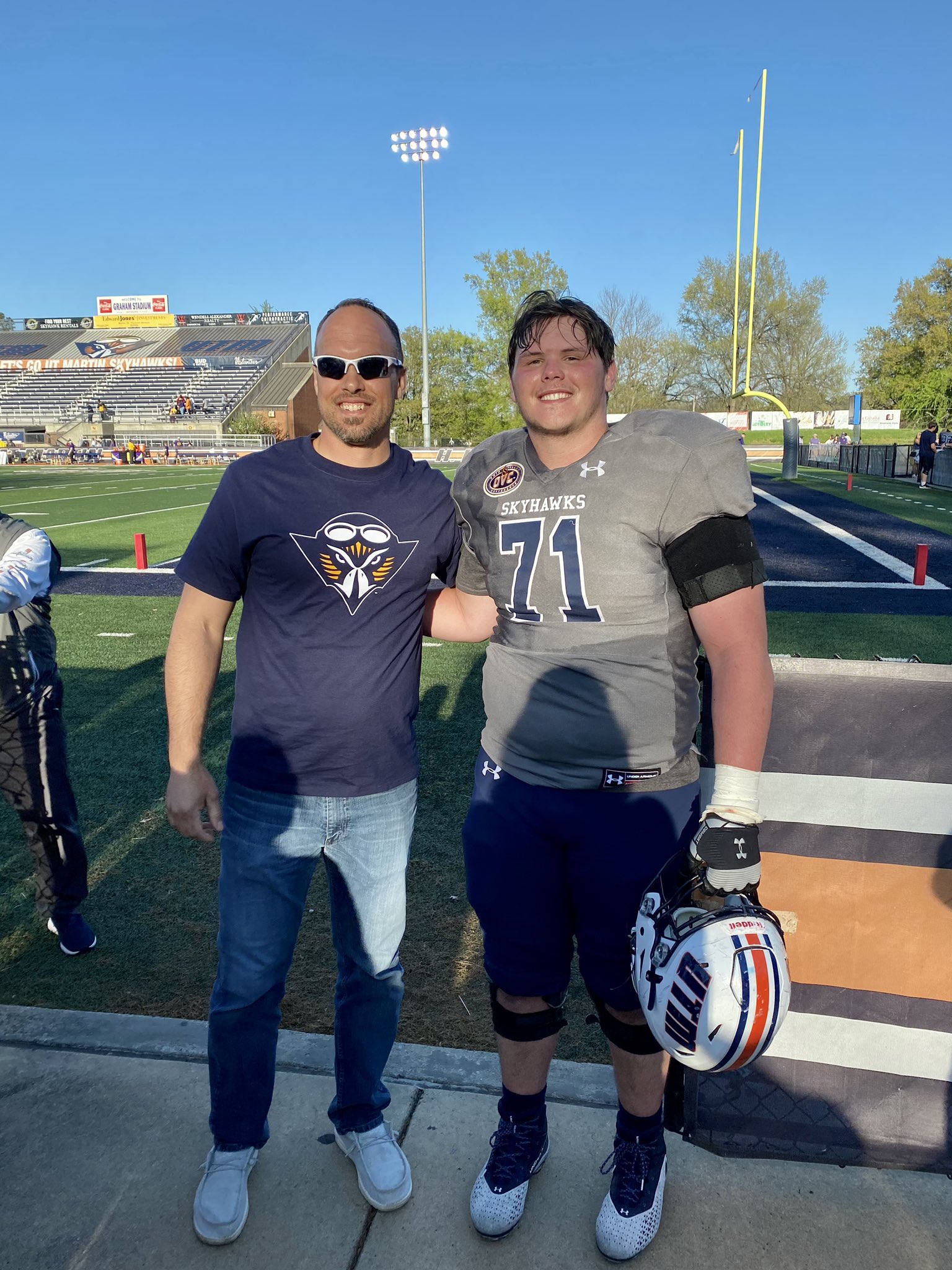 There are certainly lots of exciting queries circulating about Floyd’s college and potential professional career, but just know the arrow is always pointing in the right direction when you have an irreplaceable relationship with your coach.  Here’s what Brandon had to say about Coach Rouggly, “Coach and I have a great relationship to this day. He was a great coach to play for throughout high school. He pushed me to work hard in the weight room and on the field, he kept me motivated to be the best I could be and without him I wouldn’t have ever been able to be where I am today. I can’t thank him and the whole coaching staff at JHS enough for all they helped me accomplish.”

As far as how Floyd’s college career is going, he had this to say, “The recruiting process out of high school was a really fun time. Meeting all the different coaches from all over the country and learning about their school was really exciting. I ended up choosing UT Martin because I created a good connection with the coaching staff there and on my official visit there it really felt like home.”

Floyd followed up with, “The experience of playing in a college football game is very fun. You’re playing the best of the best and the speed of the game is a lot faster. It took a lot of time to get used to the busy schedule and the tempo of the college level, but now that I have adjusted to it, the experience has been great!”

Well on multiple fronts it sounds like Floyd, Coach Rouggly, the R-7 Blue Jays and UT Martin all couldn’t be happier to have this incredibly talented, fine young man in their past or present service. In saying that, we at Ameritime Sports would like to pass on our well wishes, atta boys and go get em’s to the supremely talented and wonderful human being, Brandon Floyd. We truly wish you the best and you have made ALL OF us very proud.

Where Are They Now: Jefferson R7’s BRANDON FLOYD