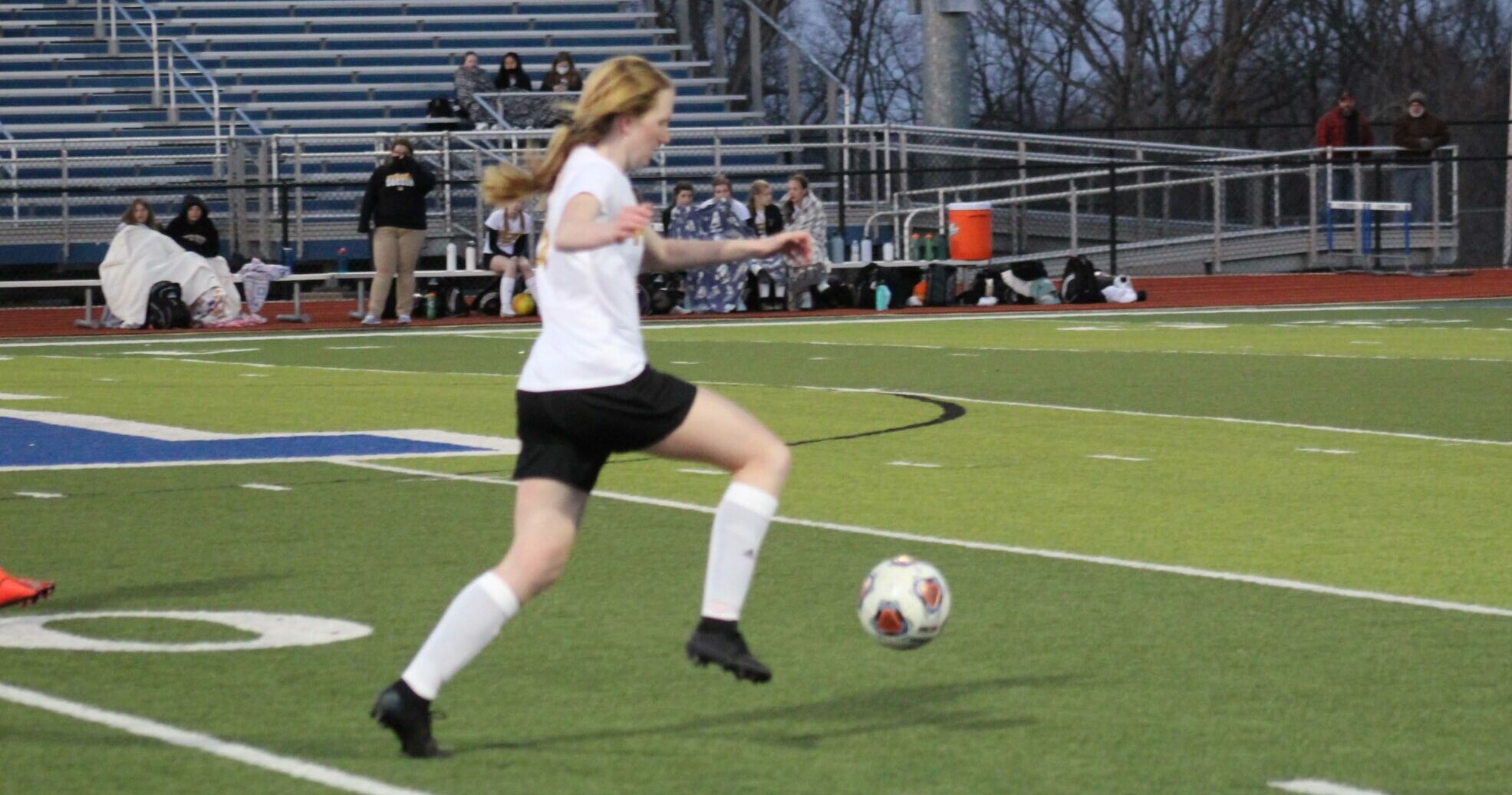 The Tigers earn their first victory of the season by jumping out to an early lead over De Soto. Never backing off the pressure led to a dominant 3-0 win.

On Tuesday, 3/29, the Festus Tigers Girls Varsity Soccer team took on the Dragons of De Soto High School in a home game. The Tigers came out on top, bringing home the victory by the score of 3-0, to shut out De Soto.

All three goals came in the first half, as the Tigers wasted little time getting on the score board. The first goal came off a free kick, as Alayna Erxleben rippled the twine at 12 minutes. At 21 minutes, Jersey Moonier put a shot into the back of the net off an assist from Lillie Williams. Emily Holt scored six minutes later with an assist from Moonier. In total, the Tigers had 13 shots on goal.

Combing for a clean sheet in the net for the Tigers was Mady Geiler and Zoe Erxleben. Geiler made five saves, and Erxleben turned away seven shots.

Head Coach Caleb Zustiak was impressed by his center backs, and his defensive line as a whole. He said, “Juniors Madelyn McHawes and Erxleben combined in the center back position to create a shut out with aggressive defense, stepping up to disrupt the attack and working together as a defensive unit.”

Zustiak was also impressed with his younger players, and commented, “Freshman Jocelynn Yates and Caitlynn Johnson worked well together along the wings to create goals, scoring chances and move the ball forward into attacking positions.”

“Juniors Williams and Holt along with Sophomore Moonier created an effective attacking threat, working together the majority of the game to continually cause problems for the opposition,” said Zustiak.

Zustiak summed up the day, by saying, “This is a great group of girls to work with and they are developing into a fine team. We will need time to make this program work, and there are going to be bumps in the road, but all of the tools are there for us to succeed. We just need to work hard, stay focused, and make sure we’re playing the best soccer we can.”

The team needs to remain focused because the squad’s next game is Thursday, April 1st, against Parkway North.