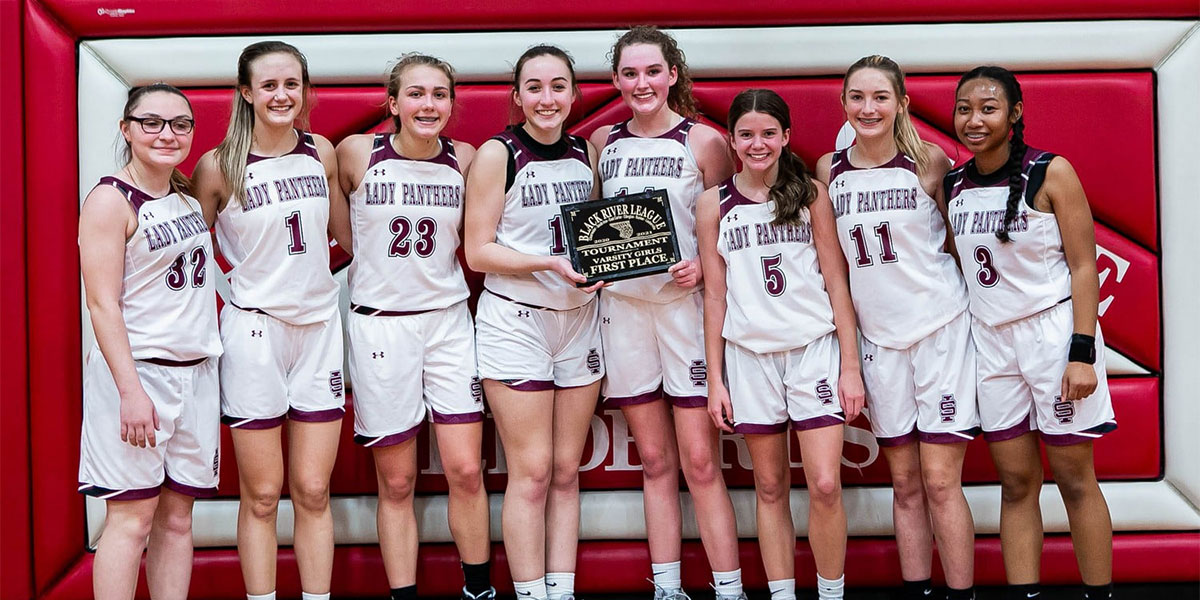 The South Iron Panthers Girls Varsity Basketball team take out the Ellington Whippets and Bunker Eagles on their way to a Black River League Tournament Championship. The Panthers avenge their loss to Ellington in the title game of this very tournament just one year ago.

In the first game of the tournament, the Panthers ran up against the Bunker Eagles. South Iron crushed Bunker earlier in January, and the Eagles didn’t have much better luck this time around.

The Panthers set the tone early with 14 points in the first quarter. They held Bunker to just nine. Spoiler alert; South Iron did not allow the Eagles to score over nine points in any quarter. They ramped it up in the second quarter and added 17 more points to their total. Bunker scored nine again and trailed South Iron 31-18 at halftime.

“What our girls did a great job of was keeping the defensive pressure up,” Head Coach Lawrence Graves said. “And in spurts, let the defense create some offense for us.”

South Iron did not shoot the ball well, but the Panthers’ effort stayed consistent throughout the game. They outscored Bunker 15-9 in the third and held a 19-point lead going into the final eight minutes. They outscored Bunker yet again in the fourth, 18-6, and secured a 64-33 victory that vaulted them into the tournament championship.

“It’s a great way to start the tournament,” Megan Lashley said. “I think the biggest factors that helped us win were how we went out there and just went at it from the start. We tried to find the best shots we could and work together as a team.”

“It feels great to start the tournament with a win,” Dinkins said. “The biggest factors that led us to success were communication and working as a team.” 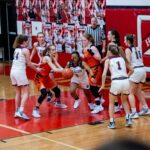 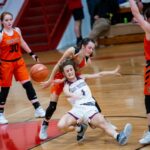 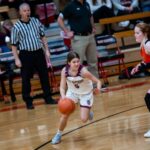 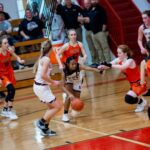 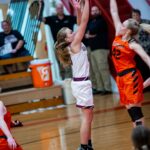 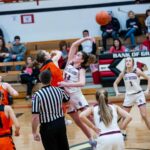 The championship provided a bit more adversity for South Iron. The Ellington Whippets beat the Panthers in the championship of this very tournament last season. South Iron beat them earlier this season, but one can bet they were seeking revenge from the stolen tournament title.

“We knew going into this game that it was going to be a battle for 32 straight minutes,” Graves said. “Ellington has got a bunch of really good girls who have played a lot of basketball together.”

The Panthers fell behind early. The Whippets started on an 8-0 run and ended up scoring 12 points in the first quarter, while South Iron could only manage eight. They made some adjustments by the second quarter and executed their offense more efficiently. Then the Panthers flipped the script and outscored Ellington 16-13 in the second. However, they still trailed by one at halftime.

The Panthers came out in the second half locked in defensively and ready to take the lead. They did just that. They outscored Ellington 13-8 in the third and took a 37-33 lead into the fourth quarter. The final eight minutes were a battle. Ellington had its best quarter of the day with 17 points, but they could not hold off the Panther attack. South Iron scored 18 in the quarter and locked up the tournament championship with a 55-50 win.

“Last couple years we’ve come up short on the tournament title so it’s nice to achieve that goal,” Ayers said. “I thought overall the team executed our game plan on defense. It was a total team effort on both ends of the court.”

“It is such a great feeling to win the tournament,” Lashley said. “Watching my team give it their all and come out with a tough win is something amazing. I am so proud of my teammates and coaches and how far we have come since the beginning of the season.”

Finally taking down the Black River League Tournament is a weight off the Panthers’ shoulders.

“The last couple years Ellington has been a tough opponent for us in the BRL tournament,” Cornell said. “For us to come back like we did was an amazing experience for our team. Overall, I think our team played well. Not letting our emotions get the best of us when things got tough, we kept our heads up, pushed ourselves and executed well.”

The win made it three in a row for the Panthers. Their record now sits at 12-3. Annapolis will sleep well tonight knowing both the boys and girls varsity teams took care of business in their respective tournaments. The next challenge for the Panthers is Fredericktown on Tuesday, Jan. 26.