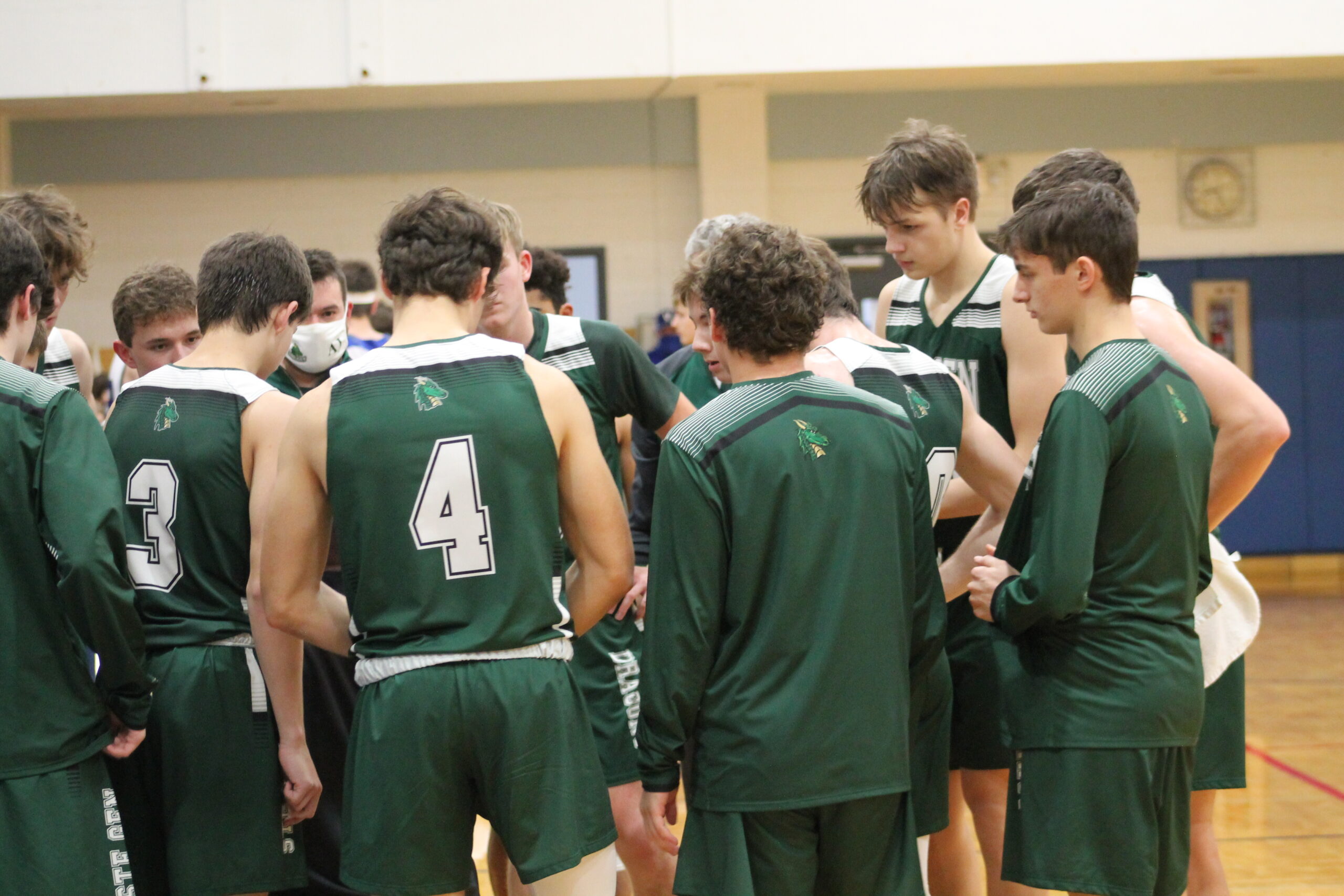 The Ste. Genevieve Dragons picked up another win Tuesday night, earning the 70-43 win over Arcadia Valley. This gives Ste. Gen their third win in a row, putting them at 8-5 on the season.

The Ste. Genevieve Dragons picked up another win Tuesday night, earning the 70-43 win over Arcadia Valley. This gives Ste. Gen their third win in a row, putting them at 8-5 on the season.

After taking a 13-12 lead following the completion of the first quarter, Ste. Genevieve was able to push their lead out to eleven before heading in for halftime.

Ricky Hunter, who scored a team second best 16 points, scored 10 of them in the second quarter alone, including two three-pointers. He, along with Blake Morganthaler and Thomas O’Brien made a combined four long range buckets to give the Dragons the 39-28 lead going into the break.

It was all Ste. Genevieve in the final quarter; along with their lockdown defense holding AV to just four points, the Dragons offense never lacked, getting buckets from six different players before cruising to the 70-43 win.

“The key tonight was our defense flying around and having a lot of energy. That really helped us get turnovers and some easy buckets the other way,” said Logan Trollinger.

“I thought we played a good complete game,” said head coach Rob Coleman. “Our defense had a lot of energy the entire time. We were able to get some easy transition buckets off our defense and in the second half we did a great job of moving the ball around and getting some good looks against their zone.”

Aiden Boyer led the way for the Dragons with 18 points while Ricky Hunter added in 16 points and Rudy Fleig chipped in 10 points of his own.

“We worked hard on defense and caused many turnovers that led to fast break points. Our energy throughout the whole game was good and it kept us going till the end,” said Ricky Hunter.