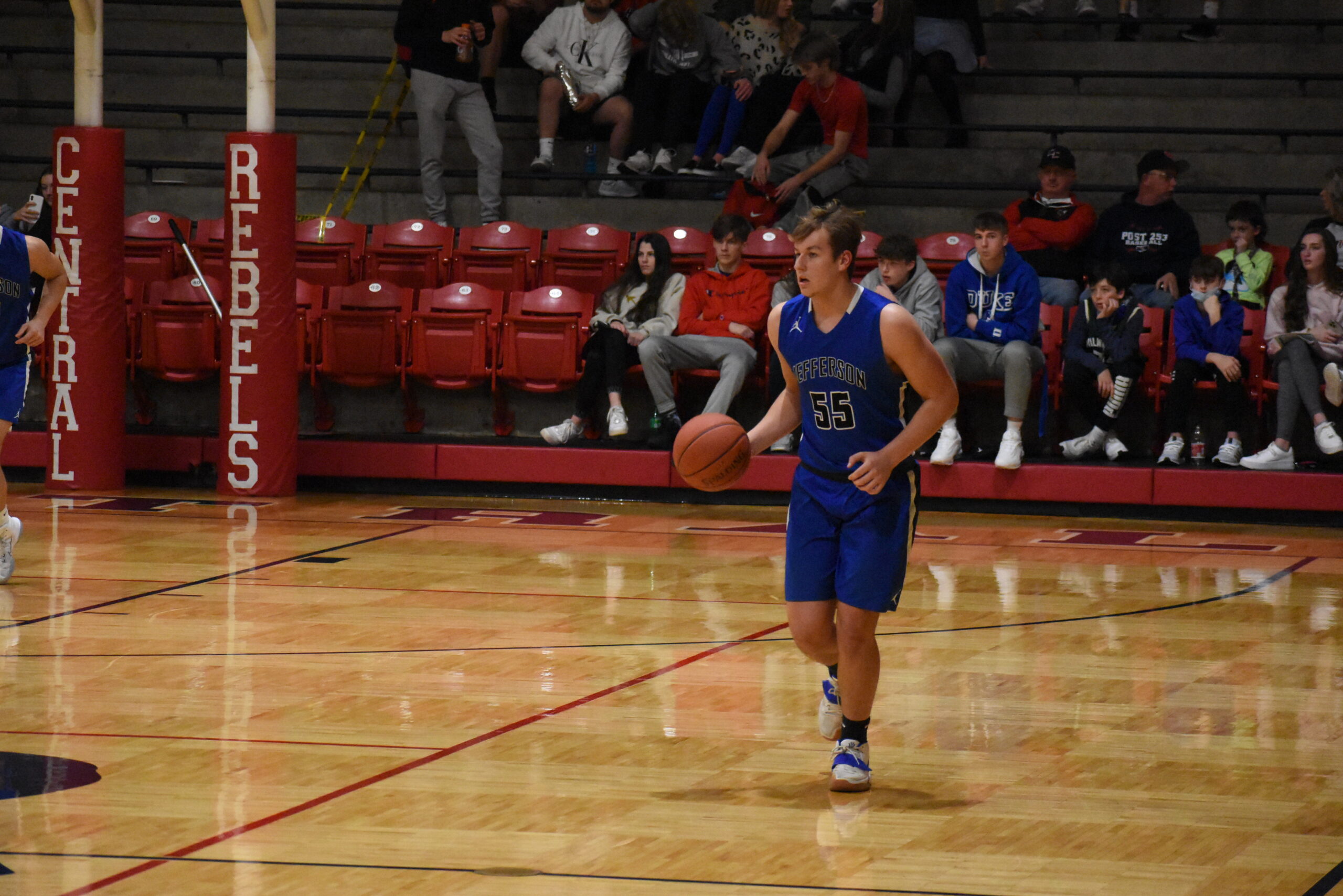 After falling to Kingston on January 5th, the Jefferson boys basketball team bounced back with a nail-biting win over Arcadia Valley two days later.

After falling to Kingston on January 5th, the Jefferson boys basketball team bounced back with a nail-biting win over Arcadia Valley two days later.

It was a back-and-forth contest throughout the first half, but it was Kingston owning a 29-27 advantage. In the third, the Blue Jays offense struggled amassing just four points while the Cougars took advantage scoring 12 to expand its lead out to 41-31.

The Blue Jays offense fared better in the fourth, though the team was outscored 13-11 as Kingston was able to go on for the 12-point victory.

The Blue Jays struggled from the field shooting 28.1 percent. Masen Wilson led with a season-high 12 points on 4-of-9 shooting. Colby Ott added 10 points, while Colton Richardson tied his season-high with 12 rebounds, to go along with his four points.

After leading 10-4 in the first quarter, the Blue Jays exploded in the second scoring 21 points to lead 31-20 at halftime. Both Drew Breeze and Richardson led with nine points each.

The story continued in the third with the Blue Jays offense rolling right along owning a 18-15 advantage to lead by 14 (49-35). In the fourth, the Tigers offense went off for 28 points in hopes of a comeback, but they fell short despite its efforts as the Blue Jays made the necessary buckets to hang on for the four-point win.

Drew Breeze posted a game and season-high 27 points on 8-of-10 shooting, including connecting on seven 3-pointers. Ott added 15 points, while Richardson concluded with 10. Andrew Tedford led Arcadia Valley with 20 points and Carter Brogan finished with 19.