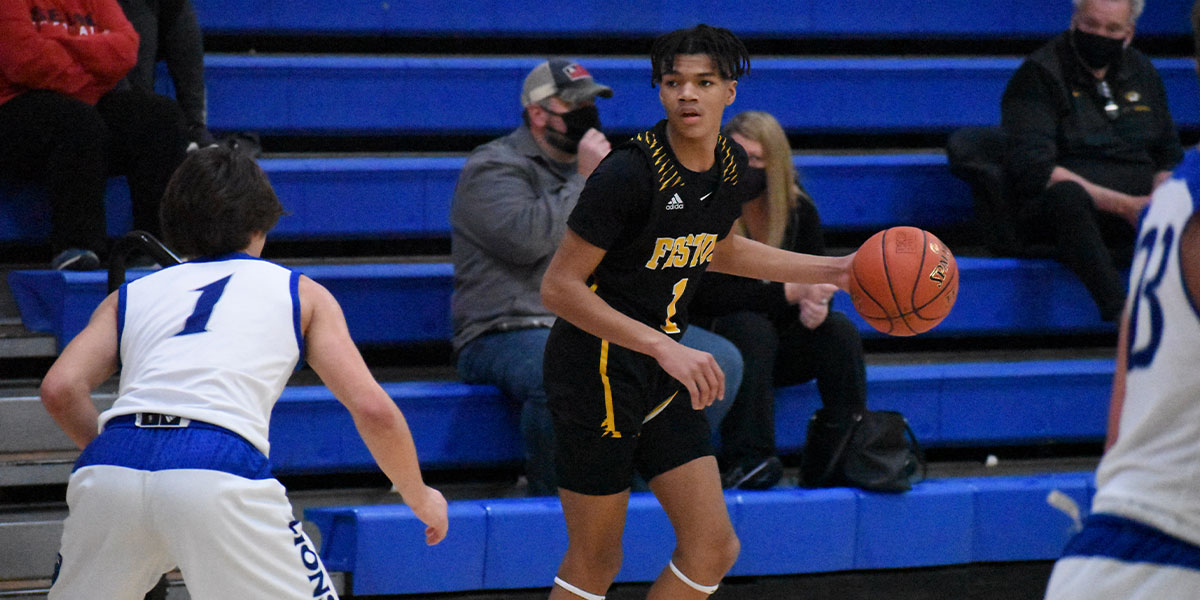 The Festus Tigers took out the St. Clair Bulldogs 56-47 on Monday. Festus is 4-2 against the Bulldogs dating back to 2008.

The Festus Tigers beat the St. Clair Bulldogs on Monday and picked up their 10th win of the season. The Tigers are 4-2 against the Bulldogs dating back to 2008.

It was not all sunshine and roses for the Tigers on Monday. St. Clair started the game hot and took an early lead. Cole Rickermann scored six points in the first to keep Festus at arms reach. The Bulldogs led 21-13 at the end of the first.

Festus flipped the script in the second. Desmond Davis and Collin Reando got themselves going and each scored six in the quarter. Six different Tigers scored in the second on their way to a 22 point quarter. They complimented their offensive attack with a stellar defensive effort and only allowed seven points to St. Clair. Festus led 35-28 at the half.

The Tigers came out in the second half and did their best to hold on to their lead. Rickermann jumped back into the action with five points in the third. Festus scored 12 in the quarter and held the Bulldogs to just eight. They held an 11 point lead going into the final eight minutes. The Bulldogs were unable to cut into the lead any more. The Tigers stayed locked in defensively and pulled out a 56-47 win.

Defensive intensity and rebounding seemed like the two biggest factors in the win.

“I think we played very well defensively,” Kaian Roberts Day said. “We had a lot of rebounds.”

Reando led the team with 15 points. Davis scored ten points and pulled down 16 rebounds for an impressive double-double performance. Rickermann finished with 11 points. Arhmad Branch scored nine. Connor Westhoff had five and Collin Weinhaus and JD McDowell each had three.

“We moved the ball well,” Weinhaus said. “We had great intensity the whole game.”

The win pushes Festus’ record to 10 and 4. They have won four of their last five games and continue to find ways to win. Their next test comes against a familiar foe in the Hillsboro Hawks. The Hawks have won their last seven matchups with the Tigers. Festus would like to change the narrative. That game takes place Friday, Jan. 15.