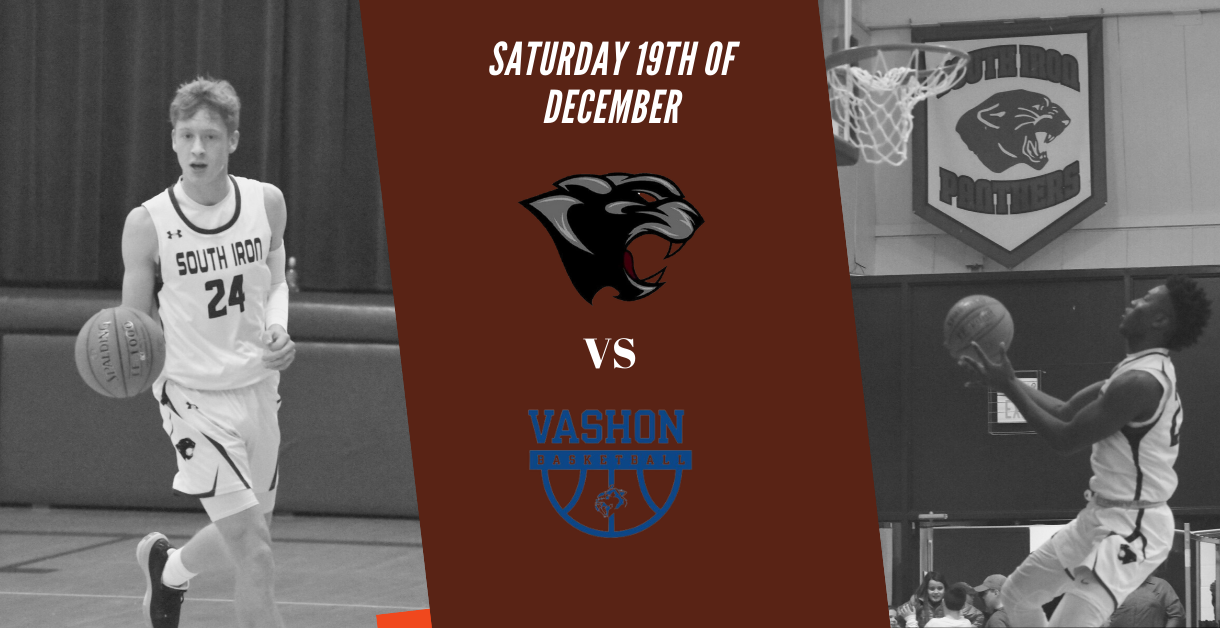 The South Iron Panthers Boys Basketball Team make a statement by traveling to Vashon to take on the Wolverines for the first time in school history. It’s ramping up to be a battle for the ages. Believe the hype.

This Saturday marks a momentous occasion that can only be best described as a clash of the titans.  For the first time in school history the South Iron Panthers Boys Varsity Basketball team will take on the Vashon Wolverines, in what is sure to be an epic battle.

This showdown pits small town against big city, but make no mistake, both programs know their basketball…. and routinely bring it on the hardwood.

Tucked away about two hours outside of St. Louis City is the tiny town of Annapolis, MO.  It is home to only about 300 people and one high school.  Despite enrollment of roughly 100 students, South Iron HS routinely produces one of the best basketball programs in the state.  Last season they went 29-1 and made it all the way to the State Semi-Finals.  Other larger programs have taken notice and are starting to show great signs of respect by scheduling exhibitions with the Panthers.

Including arguably the biggest basketball powerhouse in Missouri State history.  Fearing no one, the Vashon Wolverines have invited the South Iron boys to travel deep into St. Louis City to see what kind of a fight they can put up against the 11-time State Champions.  Winning three State Titles since 2016, the Wolverines likely feel confident they can hold their own against (if not dominate) anyone, but don’t be surprised if this is an evenly matched fight to the finish that could go either way.

While Vashon has played just one game this season so far (an 85-32 win over McKinley), the Panthers already have plenty of miles under their sneakers with a 5-1 record.  They are truly in midseason form as well, outscoring their opponents 532-241, and eclipsing the century mark twice this year.

This matchup will surely stack up as South Iron’s biggest test of the season and should create a lot of buzz around the state.  It’s certainly David vs Goliath in terms of size, but as far as ability, this should be a clash for the ages.  Tipoff is at 2:30 pm on Saturday and is sure to be full of drama and highlight-reel basketball.