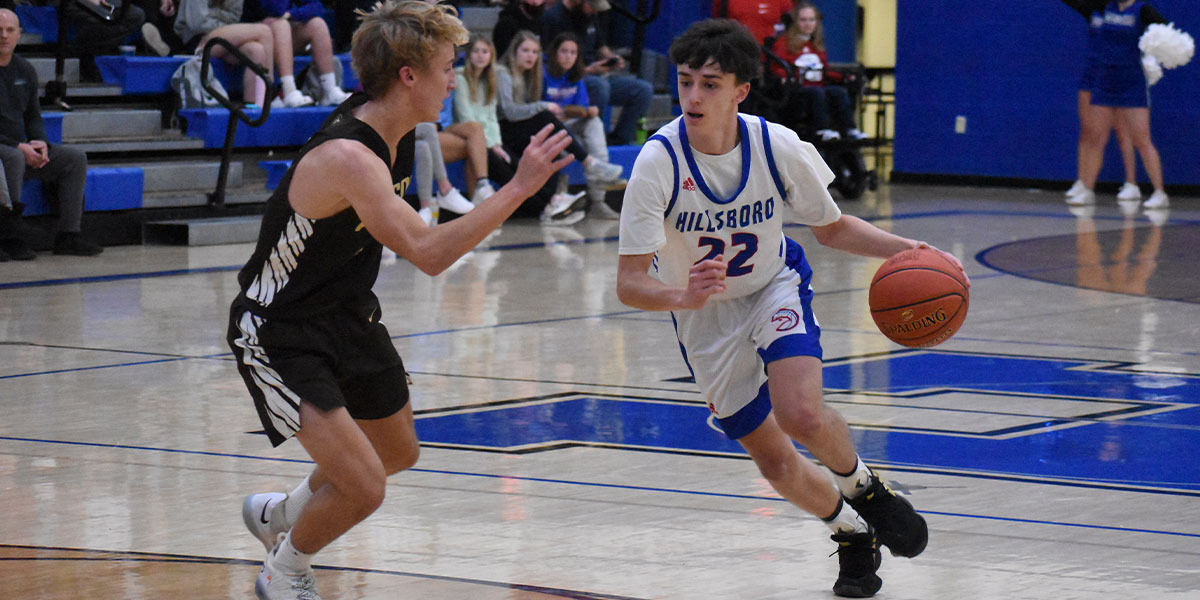 Hawks Basketball Grinds It Out for a Win Against Perryville

The Hillsboro Hawks snapped its four-game slide with a 44-38 victory over the Perryville Pirates.

The Hillsboro Hawks snapped its four-game slide with a 44-38 victory over the Perryville Pirates.

“Had to grind out a tough win tonight,” said head coach Daniel Johnson. “Shots weren’t falling, but our defense was solid all night. Kyle Phipps sparked our offense with 11 first quarter points. Eric Schneider was big on the glass for us again tonight as well.”

In the third, the Hawks outscored the Pirates 13-9 to gain some needed breathing room, 39-34. Despite neither offense finding its touch in the fourth, the Hawks were able to hang on for the six-point win.

“We were getting good open looks and getting the ball to the open man,” said Phipps who finished with a game-high 17 points on 7-of-10 shooting.

Noah Holland added 11 points, while Zach Whaley just missed out on a double-double with six points but secured a season-high 10 rebounds.

Whaley commented after the game, We knew we had to get a win. We played great on defense, but there is always room for improvement. We struggled a little offensively, but our defense picked up for it.”

Dawson Camden led with a team-high 11 points for the Pirates. Dylan Hawkinson was the final player in double-figures with 10.

Hillsboro returns to the court on the road on Friday night when they’ll take on Windsor (3-3). Tip-off at 7 p.m

Hawks Basketball Grinds It Out for a Win Against Perryville