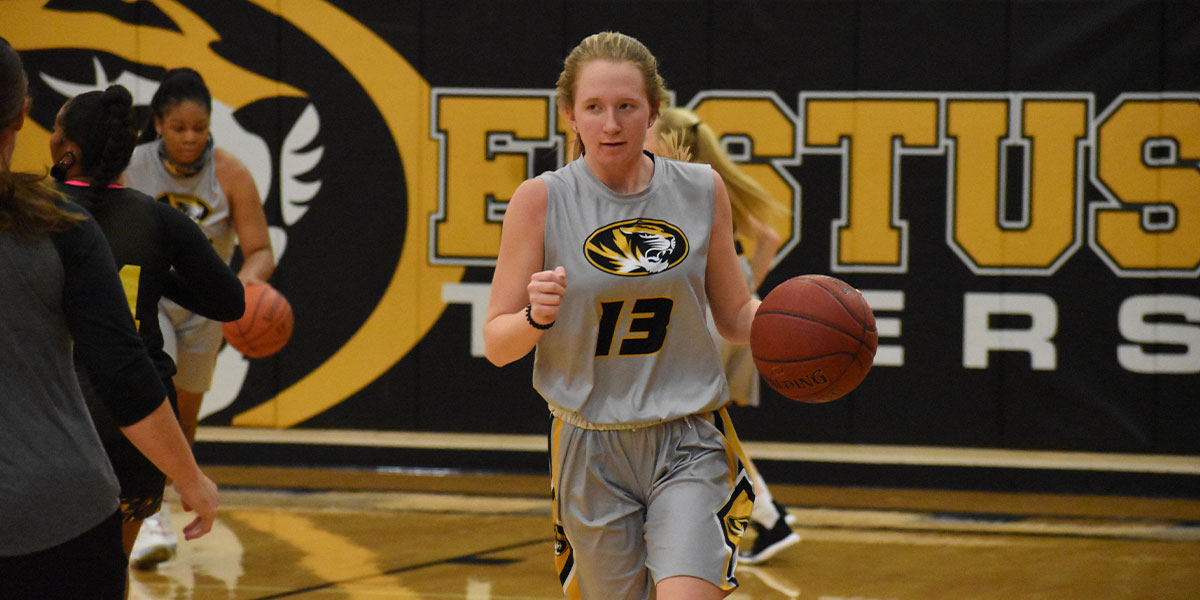 The Festus Tigers lost to the Windsor Owls 53 to 37 on Monday. Festus had previously won their past seven matchups against Windsor dating back to February of 2014.

The Festus Tigers girls’ varsity team had a rough night offensively and lost to the Windsor Owls 53 to 37. Festus had previously won the last seven matchups with Windsor dating back to February of 2014.

The Tigers’ struggled to find a rhythm in this one. They held Windsor to nine points in the first quarter but only scored five themselves. The second saw the scoring pick up for both sides. Windsor kept Festus at a distance and outscored them 16 to 12 in the quarter and gave them a 25 to 17 lead at the half.

Festus’ struggles continued in the second half. They were only able to score seven points in the third quarter and Windsor scored 16. The Tigers won the fourth quarter 13 to 12 but it didn’t matter. Windsor secured a 53 to 37 victory and sunk Festus’ record to 1 and 3.

“Last night’s game was a disappointment.” Head coach Steven McFarland said. “Due to the fact our team only shot 20 percent from the floor and 53 percent from the charity stripe. We will have to be more productive on the offensive end if we are going to win.”

“We have really good players and work well as a team but we need to take advantage of more opportunities on the court and execute when possible. ” Emily Holt said. “Our defense is strong but we do have room for improvement on the offensive side of things.”

The season is still young and there is plenty of time for improvement. Festus is aware of the offensive struggles they have faced so far this season and is working to correct them.

“We need to focus on playing at our speed instead of the other team’s speed,” Allen said. “That will help us improve in the future.”

The Tigers look to get back on track Thursday, Dec. 17 against Perryville.