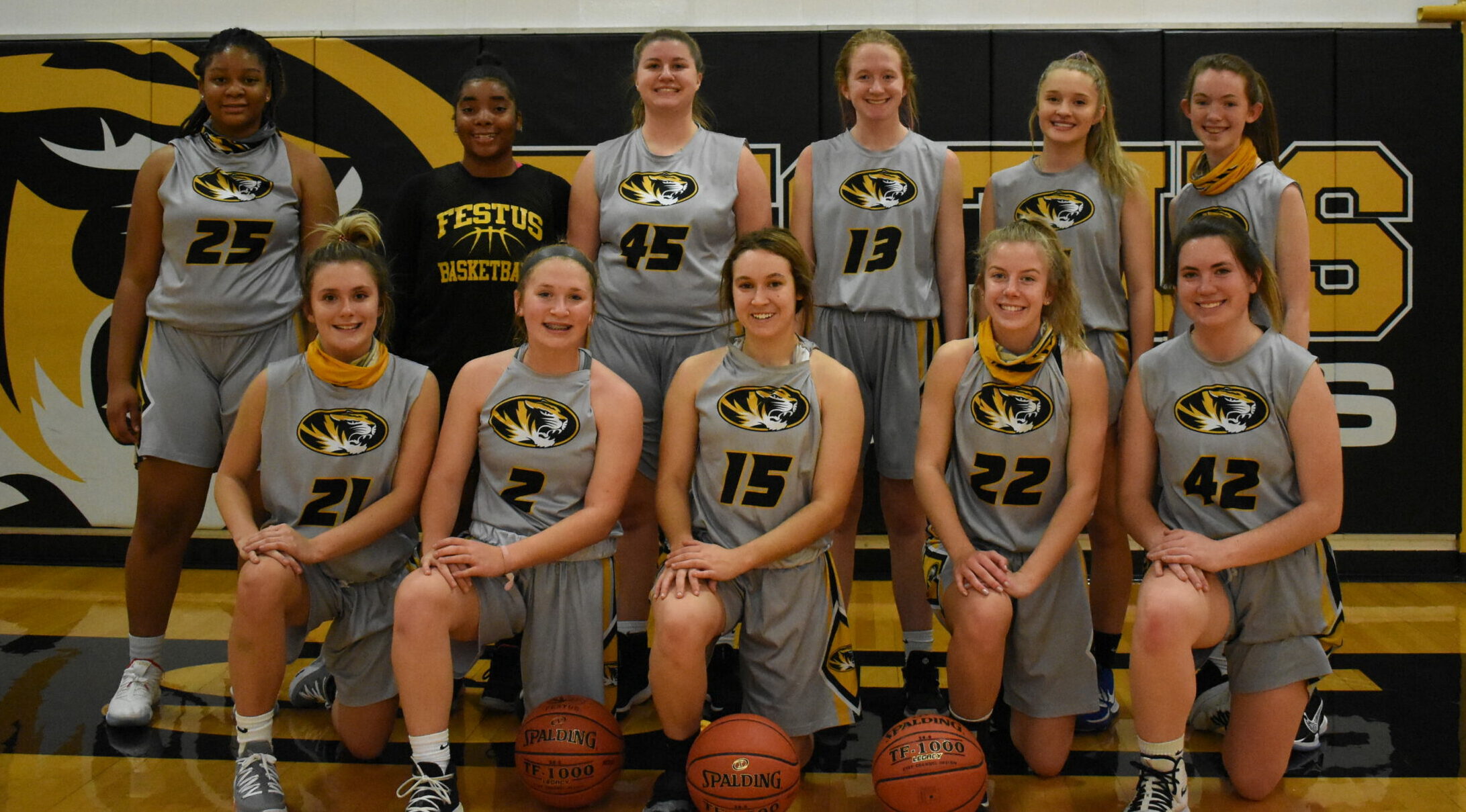 The Festus Tigers Girls Varsity Basketball team start their season hot with a win over Bayless, but drop their next two to Oakville and Northwest. Despite a strong efforts from their top scorers, they kick off the young season looking to climb out of a 1-2 hole.

The Festus Tigers Girls Varsity Basketball team started their year off with a win and a pair of losses. They kicked off the season with a win over Bayless, but then fell to both Oakville and Northwest.

Their first game was the Tigers’ best of the season. They came out firing against Bayless, which led to a comfortable 62 to 32 win. Unfortunately, the next two games did not go as well.

Festus took a bus north to take on Oakville in their second game. Last season these two teams of Tigers squared off, and Oakville had the edge. So Festus came into this game looking for revenge. They trailed Oakville after one quarter 13–8, but Festus came back in the second quarter strong and outscored Oakville 13–10. They only trailed by two at the end of the half, but then Festus struggled in the third and Oakville did not fail to capitalize.

Oakville outscored Festus 23–to-5 total in the quarter. Festus did win the fourth, but the lead was too much to overcome and the Tigers of Festus ultimately lost 53-37.

Following that game Festus’ record sat at 1 and 1. The next test was the Northwest Lions. Festus had won the previous four matchups against Northwest dating back to 2016, and fittingly the Tigers started off ahead. They outscored the Lions 10–7 in the first quarter and 8–7 in the second quarter to give them a four-point lead at the end of the half. Northwest, however, made adjustments at halftime and came out firing. They outscored Festus 13–7 in the third and 18–5 in the fourth. The second-half onslaught form Northwest was enough to secure a 45– to 40 victory and drop the Tigers’ record to 1-2 on the young season.

“The Northwest Lions shot the ball very well and out rebounded us,.” McFarland said. “We are going to have to play harder and start more efficiently.”

Ultimately, Festus started the season with a strong performance, but was unable to carry that over into its next two games. The Tigers will look to bounce back and get their record back to .500 Monday, Dec. 14 against Windsor.