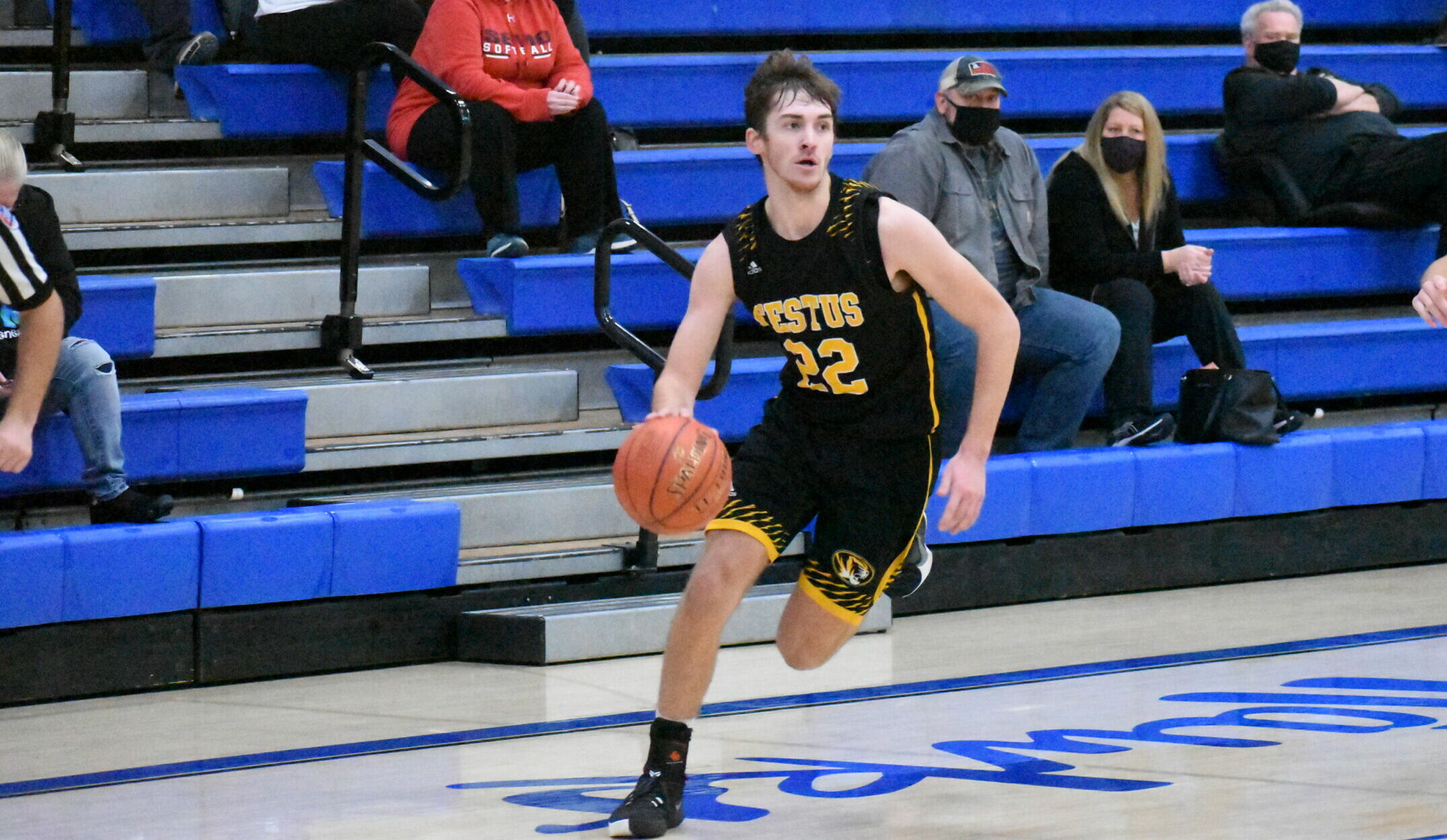 The Festus Tigers beat the Windsor Owls 83-58 to win the consolation bracket in the Annual Steighorst Tournament. They have a rematch against Windsor on Tuesday. Festus is 4-2 against Windsor in their past six meetings.

The Festus Tigers rolled over the Windsor Owls 83-58 to win the consolation bracket in the Annual Gene Steighorst Tournament. They lost their first game of the tournament to Seckman and then won the next two games. Last season, the Tigers played Windsor in this same tournament and lost 65-53. Festus won two of their last three meetings against the Owls.

The Tigers started this one hot and jumped ahead early. Cole Rickermann gave them the edge in the first quarter and was on his way to a big day. They were ahead 16-14 after the first quarter. That was the closest the game would get. Festus had the first of their three 20 point quarters in the second. Arhmad Branch scored his first points of the night in the quarter and led the attack on the Owls. Eight different Tigers saw the ball go through the net on their way to a 23 point quarter. Windsor only managed 15. Festus led 39-29 at the end of the first half.

They continued to bully the Owls in the second half. It was Collin Reando that did the most damage to Windsor in the third. Festus also clamped down defensively. They outscored Windsor 21 to seven in the quarter and took a 19 point lead into the final quarter. Rickermann and Branch did a majority of the damage in the fourth and killed the Owls’ hopes for good. Festus won the game 83-58 and improved their record to 3-2.

Rickermann not only led the team with 18 points but also contributed five rebounds, four assists, three blocks and two steals. He credits his mindset and teammates for his impact on the floor.

“Just coming into the game with a good attitude and a want to win the game. ” He said. “My teammates set me up to succeed all game.”

Branch was right behind Rickermann in scoring with 16 points of his own. He also had 12 assists. He takes pride in setting his teammates up to succeed.

“I feel like we had everyone to contribute.” He said. “That made less stress on the shooters and I think they like that they can get set and they don’t have to put the ball on the ground to shoot a three.”

Connor Westhoff added 12 points. Reando scored 10 and was selected to the all-tournament team. Six other Tigers scored as well.

What happens on Tuesday you ask? Well, it’s a rematch of this very game. It will be the seventh time these teams have clashed over the last three seasons. The Tigers meet up with Windsor again on Dec. 15 at 7 pm.