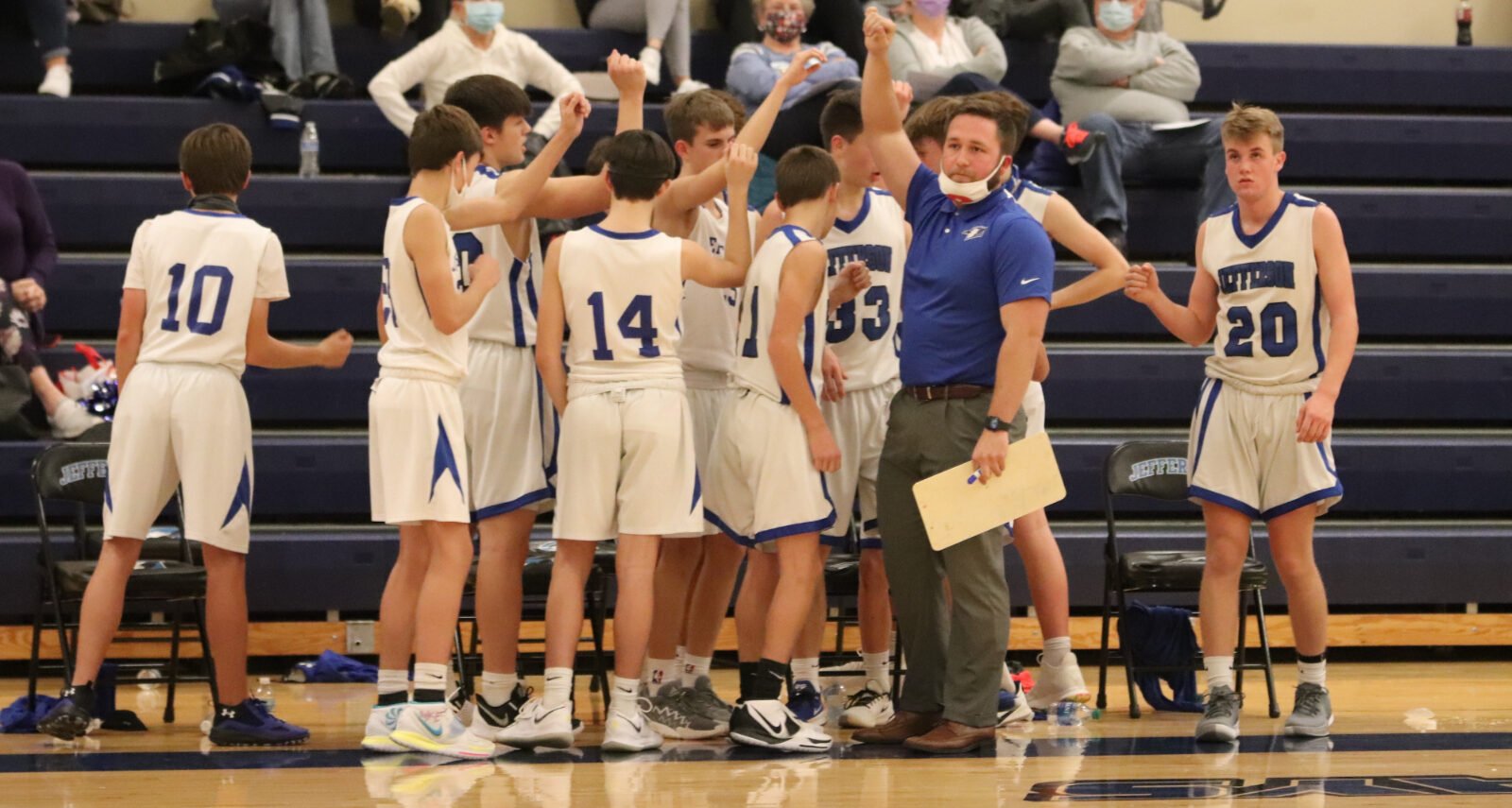 The Jefferson Blue Jays JV Basketball Team bounces back from a tough loss earlier in the week to dominate the Kingston Cougars 56-34. Thanks in large part to the 16-point outburst from Sophomore Sam Stokes.

The Jefferson Blue Jays JV Basketball Team (1-1) were looking to rebound from their tough loss Monday night when they took on the Kingston Cougars JV Team on Tuesday. It looked like it was going to be another tight game at the start, but a huge second and third quarter from the Blue Jays ended up putting them over the edge and securing them a 56-34 win.

The Blue Jays’ offense needed a boost after their Monday night game that saw them score just 26 points, and their Tuesday night matchup against Kingston provided just the opportunity to do so.

Jefferson’s first quarter wasn’t quite what they were looking for, scoring only nine points and allowing the same to go into the second quarter tied 9-9.

Jefferson had no intention of slowing down after the half either, putting on an even more dominant scoring display in the third quarter, throwing up 22 points to the Cougars’ seven. The Blue Jays slowed down the scoring output in the fourth quarter, but it didn’t matter as their defense remained strong and took them to the final buzzer for the 56-34 blowout win.

JV Head Coach Matthew Eisenbeis after the game talked about how impressed he was with his team’s play.

“We were active defensively creating turnovers and fast break points,” Eisenbeis said. “It was a great team effort.”

Stokes’ big second quarter pushed him over the edge as the leading scorer of Tuesday night’s game. He finished with 16 points on eight shots from the field.

Johnson and Max Schnitzler were the next two to lead the way in scoring for Jefferson. Johnson was the only other Blue Jay to finish in double-digit points, scoring 11 and knocking down three three-pointers, while Schnitzler added seven points.

Jess Blankenship and Ian Ehrhardt had good games for Jefferson as well, with both of them scoring six points and providing tremendous energy and defense throughout the game.

The Blue Jays will look to continue their strong play and make it two wins in a row later this week when they take on the St. Vincent Indians this Thursday.