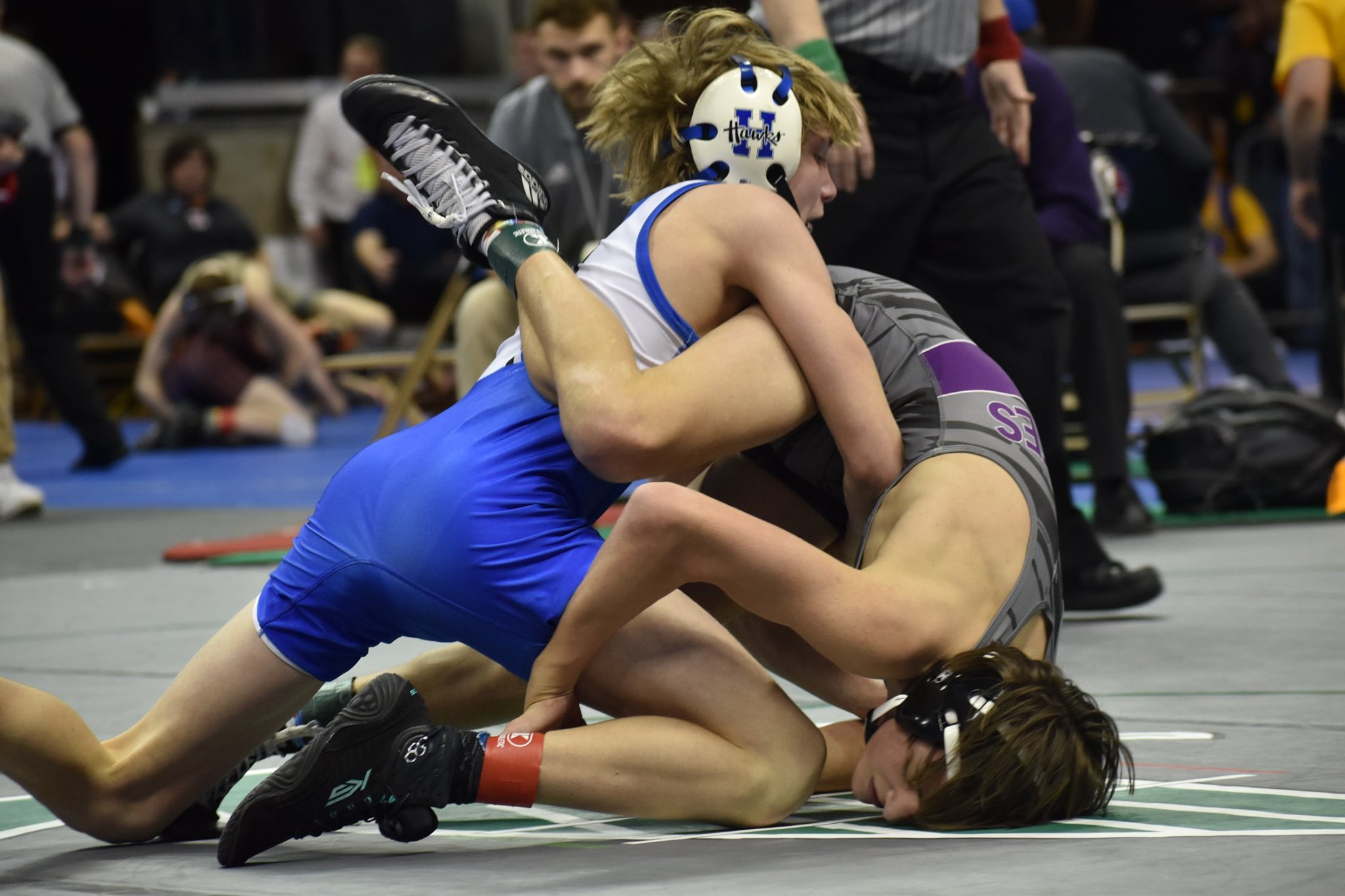 A runner-up finish in districts last season leaves the Hawks wanting more, but with a very strong returning class that features state qualifiers and medalists, the future certainly looks bright.

With wrestling season just around the corner, the Hillsboro Hawks Varsity Wrestling team has a lot to prove. Coming off a tremendous season featuring some impressive accolades, many teams would take that and be happy, but not the Hawks.

Last season was full of accomplishments including winning the JCAA Conference, taking second in Districts, and finishing 10th in the Class 3 State tournament. Many teams never achieve anything close to that, and would be satisfied with a repeat performance. However, for Head Varsity Coach Matthew Mitchell, that’s just not good enough for him and his wrestling Hawks.

With many experienced wrestlers filling out his line-up, Mitchell and his grapplers believe they are capable of a lot more. Mitchell commented, “This group is focused on winning a district championship and making a good state run. They want to make each other better each day and hold each other accountable. I’m looking forward to watching them progress as a team.”

The Hawks are down one key member from the previous season, James Short, who was a four-time state qualifier, and placed in the 2019 season. However, the six state qualifiers who are returning should make for a fantastic run at potentially winning the state tournament as a team.

The Sophomore class is also stacked with three state qualifying returners. Sophomore Evan Morris qualified for state for the first time last season and has a lot of room for growth, while Sophomore Griffin Ray, who took fifth place in state last season, also returns. Finally and perhaps the most impressive of all, there’s Gavin Alexander, the Sophomore who took home the gold in his first run in the state tournament. These six young men have all the potential necessary to carry the Hawks back to the promised land.

Beyond just the state qualifiers, Hillsboro has many athletes that will be fighting for spots in the Varsity lineup. Juniors John Bennett and Jordan Jarvis along with Sophomores Blake Jackson, Nick Green, Eddie Hines and Nate Barnett all return with some Varsity experience. Don’t discount the Freshman either as Sam Richardson, Hunter Rhodes and Aidan Black could all be featured at some point in the season.

The girls team also has a chance to make waves. Senior returners Marissa Hudman and Grace Johnson have an opportunity to show what they can do moving forward. Johnson nearly qualified for state last year and is certainly one to watch. Newcomer Freshman Kate Hendrix is also looking like a potential quality wrestler for Hillsboro.

Coach Mitchell sees the strength of this team coming from the maturity gained from last season. He said, “One of our strengths now is just experience at the state meet. We have a lot of kids with a lot of experience. Those kids will be able to share that experience with our younger kids and help them along the way. They can set an example in the practice room as well to show them the amount of hard work it takes to reach the state tournament.”

Challenging his athletes with quality opponents has always been the method for making champions at Hillsboro. Mitchell said, “Our philosophy is to wrestle a tougher schedule than what we might see at the state tournament to prepare our kids for the best wrestlers in the state in Class 3. Wrestling up a Class will help with that as we see teams like Seckman, Lafayette and Francis Howell throughout the year.”

Both Hillsboro’s boys and girls season kicks off Thursday, December 3rd at 6:00 P.M. in a dual meet against Francis Howell. Hillsboro is confident that it will be prepared to handle whatever challenges this unique season brings, and will not be satisfied with anything less than victory.