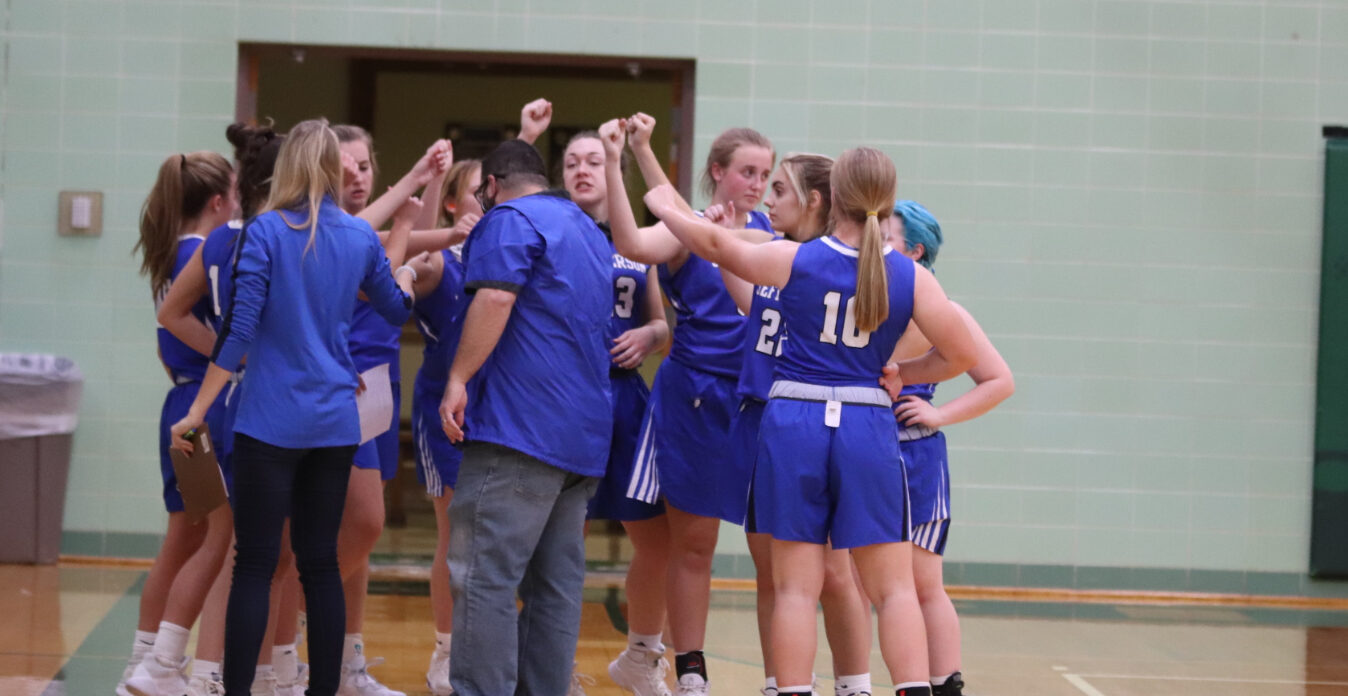 First year Head Coach Zac McVey is looking to implement a winning culture within Lady Blue Jays basketball. He has a wonderfully motivated group of girls to help get him started.

The Jefferson R-7 Blue Jays Varsity girls basketball team is looking for a fresh start in 2020. COVID is doing its best to ruin that, but new head coach Zac McVey is determined to keep his girls on course.

McVey spent his last five years coaching at North County. He was 95-43 over that span and won a class four district two championship in 2018. He finished with the second-most wins in program history while winning 70 percent of his games. While his roots run deep through North County, he grew up a Blue Jay. He attended R-7 as a kid and is eager to come home and coach.

Last season the Blue Jays finished 13-13 and ended on a loss in the district tournament to Grandview in the opening round. McVey’s main goal is to turn things around.

“First and foremost, we have to establish a program identity,” he said. “I want the Jefferson R-7 Lady Blue Jays to be known as a program that is relentless with their defensive pressure and intensity. We are looking to push the tempo of the game, always be in attack mode.”

The Blue Jays lost two starters from the team last year. They return seven players total and three starters; Laney Smith, Catryn Cattoor and Morgan Fuller. Smith was a 2019-20 All-Conference selection as well as the team’s leading scorer. She averaged 12.8 points, 4.4 rebounds and 2.3 assists per game. Cattoor is the team’s second-leading scorer and going to play a hybrid guard/forward role for the Blue Jays. She averaged 7.0 points per game and shot 50% from the field.

“These three seniors will bolster a roster that features a mixture of athleticism, experience and youth,” McVey said. “I’m excited that this is the group of players I get to work with in my first year at Jefferson R-7. I think they compete every day and can fill the necessary roles needed to be successful.”

The rest of the group includes junior Reagan Kennedy. She is another scoring guard to provide relief and take the pressure off of Smith. Senior Brittany Bittick has the potential to be a great defender in the Blue Jays’ new system. Peyton Weiler, Gabrielle Beffa, Riley Jackson, Katrina Pope and Kirstyn Loyd will all have roles carved out for them as well.

“All of the players can contribute in a variety of ways,” McVey said. “Having multiple options allows the team to focus on creating opportunities for teammates instead of worrying about personal stats.”

The biggest hurdle this team has dealt with and will continue to deal with into the season is the lack of familiarity. McVey has plans to build this program out for the future ,but the pandemic is doing its best to derail those plans.

“COVID completely destroyed any chance we had of a somewhat regular offseason,” he said. “There was little to no opportunity to implement the new foundational structures of the program. Honestly, we are behind 99 percent of the teams on our schedule.”

COVID put heavy restrictions on any summer activities involving the basketball teams. This is also the third time in three years the Blue Jays have implemented a new system. The sooner R-7 can establish some consistency, the better. Despite dealing with these difficulties every day, their eyes are still on the prize.

“We will never make excuses on how we perform,” McVey said. “The players are going to have to trust and buy into the new philosophies while making a commitment to working as hard as they can in order to be competitive as soon as possible.”

This can only be possible with a group of resilient girls.

“I feel the experience and our competitive spirit will be our strengths,” McVey said. “We have a group of girls that loves to get after it at practice and are hard-nosed competitors. When you couple that with the character and leadership of the players I feel confident at season’s end we will be successful.”

The Blue Jays start the year with two early-season tournaments before they dive into the bulk of their schedule. McVey’s challenge of forming a winning culture at R-7 begins with a tournament at Valley Caledonia on Saturday, Nov. 28.