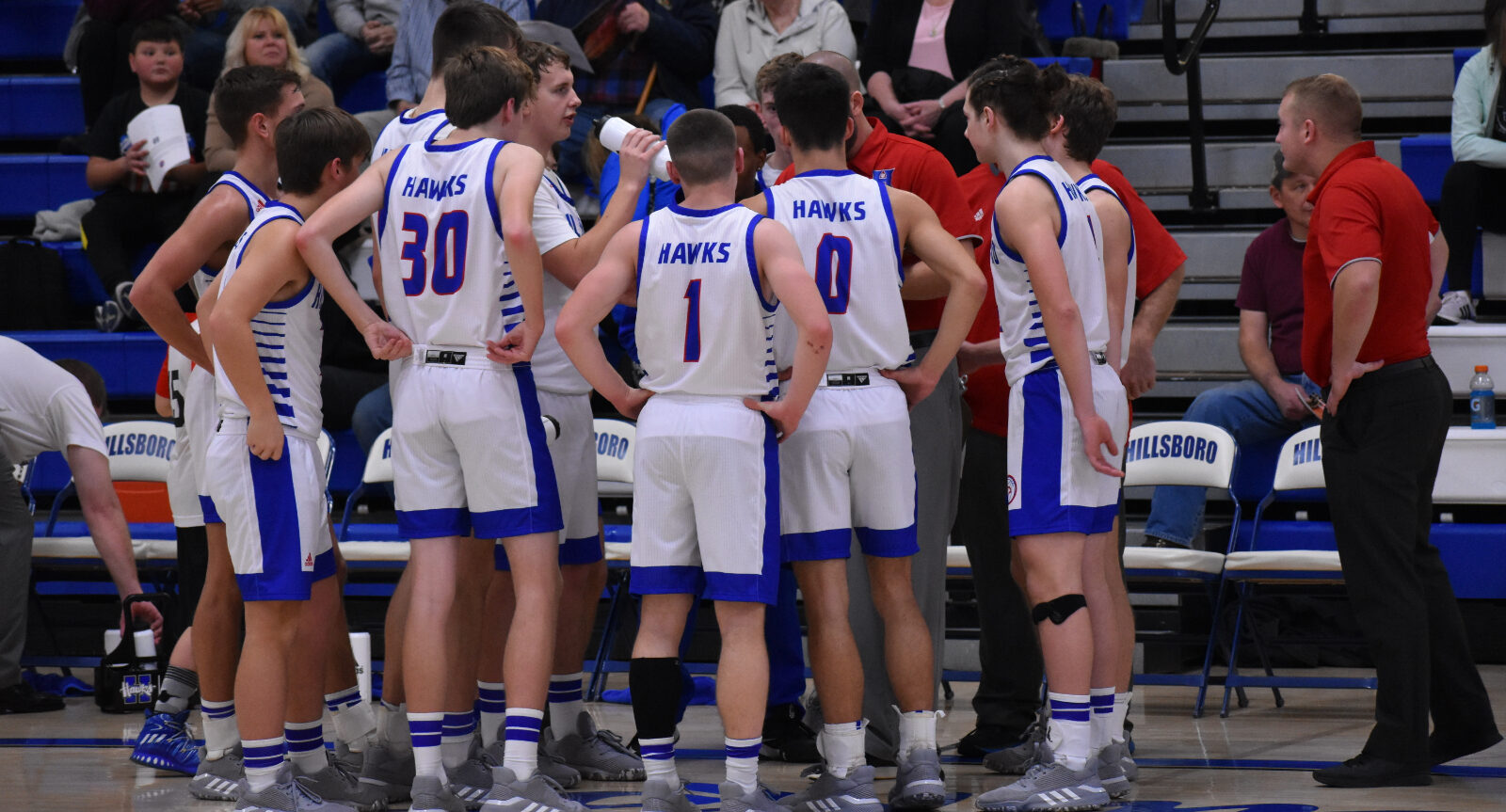 The Hillsboro boys varsity basketball team is set to begin their season on Nov. 30. They lost four of their top five scorers from last season, but they have an anxious group of players excited to try and make up for the lost production.

As the weather becomes colder, basketball creeps closer. The Hillsboro Hawks boys varsity basketball team is ready to take on the 2020-2021 campaign. Dan Johnson is the head coach and leader of the Hawks. He led them to a stellar 22-6 record last year. Their season ended in the district championship with a loss to Park Hills Central.

This Hawks squad has big shoes to fill in the upcoming season. They lost four of their top five leading scorers; Mark Moore, Evan Worley, Ethan Worley and Garrett Pinkley. However, they return three-year starter Zach Whaley. He averaged 6.5 points, 4.2 rebounds and 3.4 assists per game last season. They also return Eric Schneider and Noah Holland. Schneider scored 55 points last season and shot 38% from the field. Holland is coming into his sophomore season and should expect a bigger role going forward.

“Noah Holland is a name people will soon be familiar with,” Johnson said. “He is a very talented guard with enormous potential.”

Werner Finder, Kyle Besand and Ryan Cox are all returning seniors that will look to make an impact on the floor. Juniors Kyle Phipps and Jasiah Tullock will be competing for minutes in the rotation as well. Phipps appeared in 11 games last season and scored 18 points.

“Our success this year will depend upon our guard play from Zach Whaley, Eric Schneider and Noah Holland,” Johnson said. “We need four or five more guys to really step up and contribute for us to be as competitive as we want to be.”

The Hawks’ philosophy for the year is simple.

“Compete as hard as we can each game and improve every day,” Johnson said.

Few words with a lot of meaning. This group is aware of the challenges ahead of them. They plan to tap into the team’s athletic potential and they have faith in their shooters.

“We are a fast and athletic group that can shoot the ball fairly well,” Johnson said. “The big question for us is who can offer rim protection and rebounding, and who can be a scoring threat around the basket.”

Sophomore Kieren Jones may be just the man they need. He is Hillsboro’s biggest inside threat. He’s 6’5, long, athletic and has the potential to make an impact on both ends of the floor.

Hillsboro’s schedule features no cupcakes. They will have their work cut out for them night in and night out.

“I love that we’ve finally gone to a home and home schedule with our conference, giving us an 8 game conference season,” Johnson said. “We will see very tough competition throughout our season and especially in the three tournaments we play in: Fountain City, Gene Steighorst and Park Hills Christmas.”

Lost production is never something to overlook. They lost a lot of scoring from last year’s team and will have their work cut out for them this year. Johnson and the Hawks have put together a group that should be up to the task. Hillsboro’s season tips off Monday, Nov. 30 in the Fountain City Classic tournament.