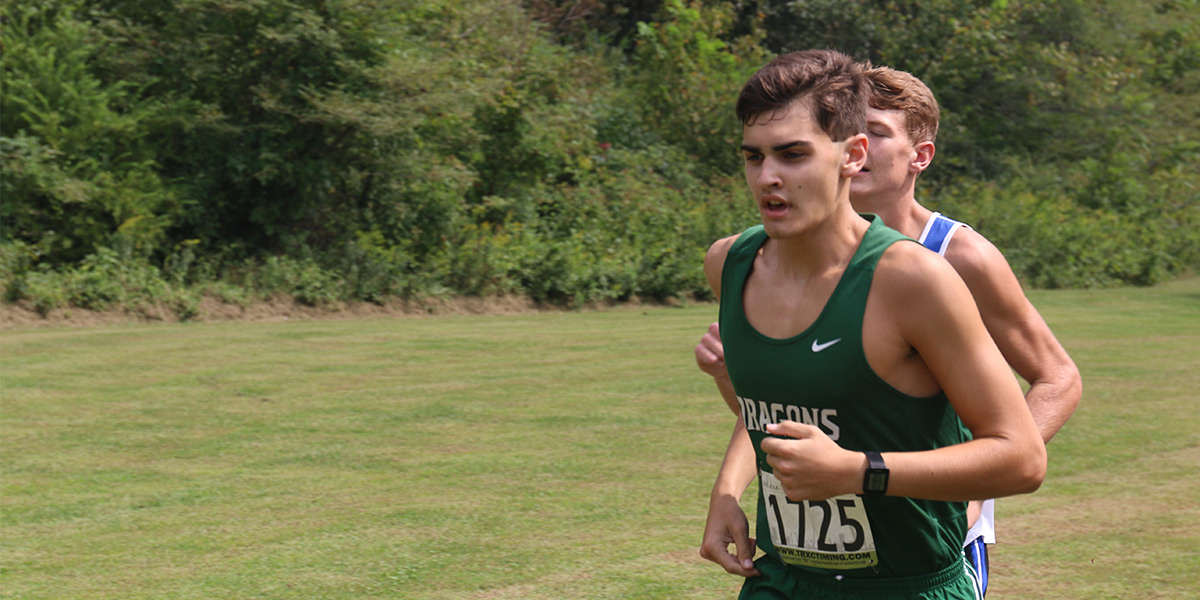 Seven members of the Ste. Genevieve Cross-Country team head to the Class 3 State Finals as the entire boys team qualifies with a second-place finish, while Dakotah Medows and Cylie Carlson qualify for the girls.

The Dragons put together an impressive performance on the boys side, with the team finishing second in the meet with 75 points, beating third-place Potosi, who ended with 83. Herculaneum won the meet, finishing with a score of 45 points.

The Dragons’ best performance came from Senior Devin St. Clair, who had one of his best runs of the season. St. Clair finished third overall in the meet with a time of 17:27.4, just nine seconds shy of second place.

Following the meet, St. Clair talked about how impressed he was with his entire team’s performance.

“I think we all outdid ourselves in the end,” St. Clair said. “We all ran better than we were seeded, and I am very proud of my team’s performance.”

The Dragons didn’t have the same level of team success on the girls’ side, finishing fifth overall with 111 points. Potosi and Herculaneum were the two teams to qualify for the state meet, finishing with 40 and 47 points, respectively.

While the Dragons didn’t have the success they were hoping for as a team, they did have two runners qualify for state as individual runners. Sophomore Dakotah Medows finished 11th in the meet with a time of 22:15.3, and Sophomore Cylie Carlson finished 14th with a time of 22:26.4. Both times were good enough to send them to the Class 3 State Finals.

Medows after the race said that the entire team brought their best for this race.

“We all tried our best,” Medows said. “We laid it all out on the course and had fun.”

While the rest of the girls team didn’t qualify, they still had some great races. Senior Alison Braun and Sophomore Hannah Naeger both finished inside the top 30, with Braun finishing 23rd with a time of 23:34.1 and Naeger finishing 28th with a time of 25:33.8. Junior Serena Garcia was the final Dragon to cross the line, completing the course with a time of 35:57.9, which was good for 47th place.

The boys team, along with Medows and Carlson, will compete in the Class 3 State Finals Thursday afternoon at the Gans Creek Cross Country Course in Columbia.