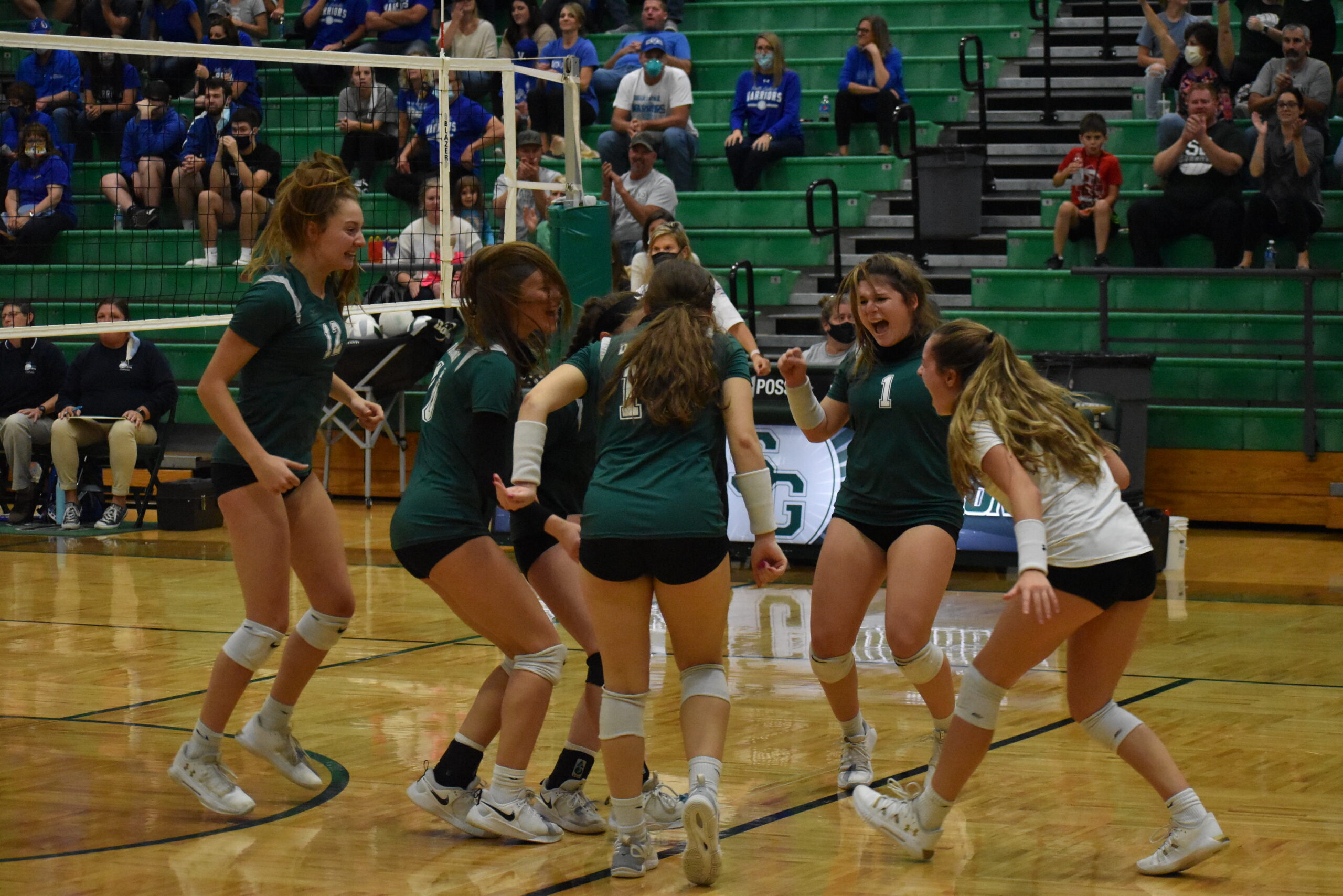 The Ste. Genevieve Dragons dispensed with the Potosi Trojans as quickly as possible, defeating their opponents in three straight sets. The Class 3, District 2 semi-final match was an impressive offensive display, as Ste. Genevieve ran over Potosi, winning by scores of 25-18, 25-10 and 25-18. Potosi now goes home, as the number one seed Ste. Genevieve advances to the finals tonight against the number two seed Central (Park Hills).

Dru Koetting was on fire, unloading 15 kills. Abby Moore also slammed nine kills, while Maci Reynolds added eight of her own. Head Coach Carla Basler commented, “Our team passed well which enabled Brittney Kreitler to have options on who to set. Hitters did a nice job finishing. We were consistent and able to get the ball back on one after losing the point. The girls were focused and played together.”

On the serving side, Arie Taylor landed three big aces, while Kreitler had two. Kreittler also provided her team with 37 assists.

Tessa Grass and Moore were huge at the net with three and four blocks, respectively. AJ Prudent and Kretiler each had two of their own.

Now for the finale, the game tonight versus Central (Park Hills). Basler is enthusiastic about her team’s chances, and said, “We will look to do similar things tonight against Park Hills. It will come down to the team that is most consistent, plays great defense, and has the most hustle. We look forward to a great match up.”